The Insidious Spread Of Anti-Women Culture 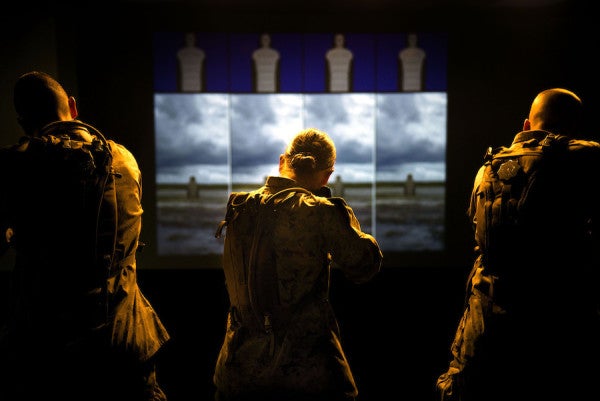 In the past few weeks, two worlds that I follow closely have mirrored each other: women in video games and women in the military. The role of women and the way they are treated has been the topic du jour in both circles, and in many ways, that interest has manifested itself through gender bashing in both cultures, at least online.

A couple of weeks ago, a piece written by Brian Adam Jones for Task & Purpose garnered a lot of attention in military circles, as Jones calls out the numerous military culture sites — mostly on Facebook — that feature misogynistic material often shared by active-duty service members. Many of those sites share pictures of currently serving female service members in a completely inappropriate “hot or not” style. On those sites, women aren’t taken seriously as service members, and are often depicted in demeaning memes and images. There’s a “pile on” effect that goes on with hundreds, and sometimes thousands, of users jumping in, sharing and liking degrading posts, creating the effect of an exclusive male community where women just aren’t welcome.

In the video game world, #GamerGate was unfolding. The whole GamerGate thing is complicated, but it essentially boils down to a lot of the same stuff that is happening in military circles. That is, the culture is starting to wrestle with the role of women in what has been (until now) a traditionally male-dominated culture. There are movements of angry young men (and some women) who accuse certain gamers and game journalists of pursuing a social-justice agenda in the video-gaming community and that video games themselves, and to a lesser degree, the culture surrounding games, are the ultimate victim in this struggle.

The major things these worlds have in common are their traditionally male-dominated cultures, a changing social dynamic where spaces once denied to women are gradually being opened, and a vicious internet culture that aggressively attacks “outsiders.”

In the case of the military, there have been standing regulations against women serving in certain roles. As those regulations have changed, the military has adapted and grown. With the exception of the unregulated social media spaces, that growth has been, for the most part, responsible and professional.

In the gaming world, however, there are no such rules prohibiting women from participating. There are just norms. Norms that say gaming is a male space and that space is policed by mostly male gamers.

“The Fappening” confirms this tenet that men, not pretty girls, are what make the world — or at least the internet — go round. It confirms that they know more about technology, and privacy, and basic iCloud maintenance. It reassures them that the web is a patriarchal place, that the biggest risks in online life apply not to them but to nubile young women, who, granted the power of sex appeal, risk losing it all when that sex appeal is publicly distributed. —Roisin Kiberd, Vice

I think a lot of the anger and aggressive language stems from a similar place for both cultures — that is, a fear of losing one of the “last all-boys clubs.” Whether it be the infantry or “Call of Duty,” these have been spaces dominated by men, and inside them, as female Marine Capt. Serrano elegantly writes, men “…can fart, burp, tell raunchy jokes, walk around naked, swap sex stories, wrestle, and simply be young men together.”

While she isn’t lying, she’s telling the “Little Rascals” version of what actually happens. Raunchy jokes is a polite way of putting it. An all-male infantry unit is the ultimate ungoverned space for vulgar conversation. Similarly, the relative anonymity provided during a “Gears of War” death match tempts (mostly) young men to say whatever it is they want, which for whatever reason is usually anti-women and anti-gay. When that rhetoric shifts online to social media — in both military and gaming cultures — it often manifests itself in threats of violence and rape, usually as “just a joke.”

It all feels like a friction point in a long, long ideological struggle. To rage against women — whether it be in video games or the military — feels terribly backwards, and I can’t imagine a future where anyone will look back on this moment in time and nod approvingly at that behavior. This silly process is probably a painful but necessary step in moving this whole thing forward.