ISIS Points Its Fear Campaign At The US Military. LOL.

On March 22, a group referring to itself as the Islamic State’s hacking division, released the names and addresses of... 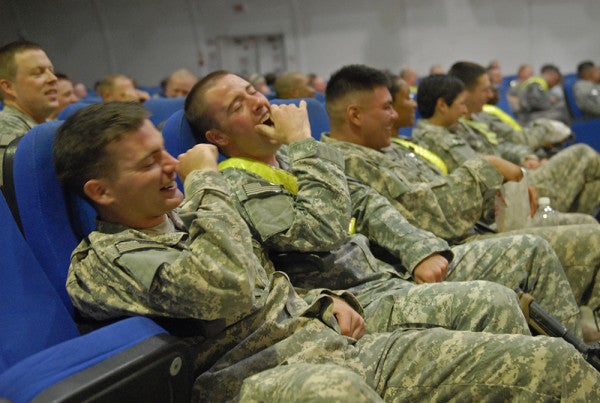 On March 22, a group referring to itself as the Islamic State’s hacking division, released the names and addresses of active-duty service members, along with a call for violence against those on the list. This is not the first time that ISIS affiliates and supporters have taken to social media in an attempt to intimidate America’s military personnel. This time, just like the others, the threats were met not with fear or trepidation, but a combination of derisive laughter and excitement.

A March 26 report from the Marine Corps Times made it seem as if the military community simply didn’t believe the threat was credible, and a story by the Daily Beast showed that the majority of the names and addresses were not “hacked,” but pulled from Google searches, further discrediting the hacking division’s claim that it lifted the records from secure servers.

But, there’s more to the veteran and military community’s response than the argument that they simply don’t see a domestic attack as likely — in the wake of the Charlie Hebdo attack in January, and the shocking flood of westerners heading to Syria to join ISIS, it could be disastrously naive to write off the danger posed by this group. The real threat ISIS poses to the U.S. isn’t its military capability, but its ability to attract individuals living in the states who wish to carry out lone-wolf attacks on its behalf. This even includes those from within our own ranks; like the case of the National Guardsman, Hasan Edmonds, who was apprehended while attempting to fly to Egypt, to join an Islamic militant group. Hasan Edmonds’ cousin, Jonas Edmonds, was also apprehended and planned to remain behind to carry out attacks on a nearby Illinois military base.

There has to be more to this response than a simple dismissal of the danger posed by domestic terrorism, and for those who have served, I think we know what it is. It boils down to a combination of humor in the face of danger, a hard-learned lesson in keeping sane after more than 14 years of war and a deep desire to fight back against those that would do us harm.

After the FBI warned military members to maintain a guarded presence on social media in December due to threats from ISIS supporters, Medal of Honor recipient Dakota Meyer helped to set the tone for what would follow when he posted an image of himself on Twitter of daring an attack.

Humor is perhaps the greatest defense in the face of fear and intimidation. It shreds threats like a 7.62mm round rips through paper, and it helps when you have a bunch of battle-hardened soldiers, Marines, airmen, and sailors who know how to back up their words.

In the wake of this most recent social media threat, veterans and service members from all branches took to social media to issue similar challenges.

Not only is the military community well armed and trained, but they’re ready for a fight, and for many, it’s because we feel we left the war with unfinished business. There’s still evil out there, and the idea that killers, rapists, and marauders are running free doesn’t sit well with us. Just look at the veterans who have taken it upon themselves to travel to Iraq to join the Peshmerga to wage their own war against ISIS.

It is this rare combination of bravado and brawn that allows the fighting men and women of our nation’s military, and its veterans, to take threats of violence in stride. So, for ISIS and its so-called hacking division, I have this to say: Come at me, bro.