After months of hustling through the halls of the Pentagon in search of booze and answers, Task & Purpose will … Continued 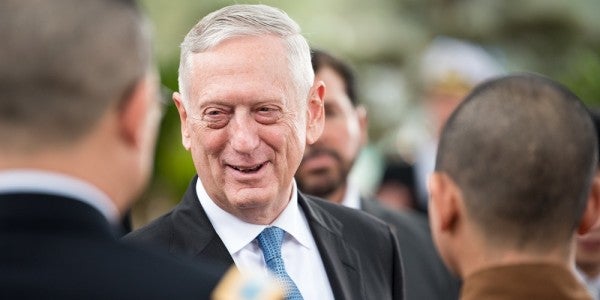 Mattis and Secretary of State Mike Pompeo will meet with their Indian counterparts as part of a long-planned event. T&P’s friendly Pentagon correspondent Jeff Schogol will be one of the many correspondents accompanying the secretary and, in turn, will provide an opportunity to pose readers’ questions to Mattis. If we are granted access to the defense secretary, so should our readers.

Here’s how these trips usually go: Mattis meets with important people and delivers speeches. When he has time, he talks to reporters on his plane en route to the next destination. Most journalists ask about the news of the day, but T&P doesn’t have to follow the rest of the lemmings into the sea.

This is your chance to ask about any issues that most of the rest of the media could care less about, including personnel issues, strategy, and pay and benefits. Of course, T&P will file regular dispatches from around the world, including possible video of your bleary-eyed and ragged correspondent unsure of where he is or what time it is. He may actually hallucinate on camera from lack of sleep! For your pleasure! Enjoy!