The Last Surrender: What The US Should Learn From The End Of World War II 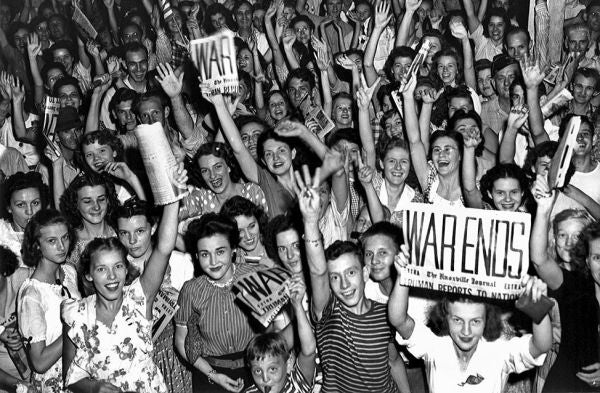 In July 1945, President Harry S. Truman issued the Potsdam Declaration, after nearly four years of bloody war with Imperial Japan. “We call upon the government of Japan to proclaim now the unconditional surrender of all Japanese armed forces. …The alternative for Japan is prompt and utter destruction.” The Japanese government did not respond, and the atomic bombings of Hiroshima and Nagasaki were set in motion.

The fearsome spectacle of whole cities being obliterated by single bombs, coupled with the Soviet invasion of Manchuria, finally drove a Japan, notorious for its aversion to surrender, to the negotiating table. The Japanese government formally surrendered on Sept. 2 (now known as Victory over Japan Day) onboard the USS Missouri in Tokyo Bay. This not only signaled the end of World War II, but an end to the era of formal declared war fought until official capitulation by one side or the other. Since then, the U.S. military has been swimming in much murkier waters.

Since then, war and the enemies we face have changed. Increasingly, they have become open-ended operations against non-state or quasi-state actors, with no declarations of war or surrender, with none of the legal niceties under international law.

The Korean War was referred to as a “police action” by Truman, under the auspices of the United Nations. Never mind that it was very much a conventional war, with armies of hundreds of thousands of troops from North and South Korea, the United States, and China — the largest actors involved — with 25 others in supporting roles. Nearly five million died, mostly civilians.

Technically, the war has never ended, even though the Korean Armistice Agreement has been in place since 1953.

Vietnam was no different. What started as 3,000 military advisors attached to South Vietnam by President John Kennedy turned into 549,500 troops engaged in large-scale combat operations by 1969. Much of the war effort was focused on chasing down North Vietnamese-backed Viet Cong guerrillas across South Vietnam, with the line between civilian and soldier becoming increasingly blurred. No war was ever declared, and it ended with a panicked evacuation of Saigon in 1975 as the North Vietnamese army bore down on the capital.

Following the disaster of Vietnam, the United States was understandably reluctant to get involved in another open-ended war, but the military was not idle. U.S. operations in Grenada, Libya, and Panama all involved a limited numbers of soldiers with short-term objectives quickly met. The deployment in Beirut, Lebanon, aimed towards “peace-keeping,” ended less than sanguinely. Compared to Operation Blue Bat in 1958, it was a fiasco that ended with the death of 220 Marines, 18 sailors, and three soldiers in the Marine barracks bombing. During none of these events was war declared.

Even the first Gulf War, almost a model for decisive military action with few casualties, at least on the U.S. side, stretched into almost a decade of no-fly zones, economic sanctions, and constant low-level conflict. Many saw it as a job left unfinished, including most fatefully George W. Bush, Dick Cheney, and Donald Rumsfeld. The 2003 invasion and subsequent occupation left deep scars in the American appetite for intervention, even as we move towards yet another phase of conflict in Iraq following the rise of the Islamic State.

Finally, we are left with the only conflict zone where a large numbers of U.S. troops is still present: Afghanistan. Following the 9/11 attacks, massive retaliation was not only inevitable, but accepted by most of the international community. But in the nearly 13 years since, the United States has been stuck in a mess of nation building and Islamic insurgency that threatens all the sacrifices made region notoriously known as the Graveyard of Empires.

The rise of Islamic extremism may not be lacking in state actors. Saudi Arabia, Iran, and Qatar have all been accused of fanning the flames of a movement that has gotten the United States involved from Somalia to the Philippines, with mixed results. But we are entering a world that makes official declarations of war and peace seem quaint, driven by ethnic tensions and religious fanaticism.

The United States is no stranger to this, as the Barbary pirates, the Banana Wars, and the interventions against Libya and the Islamic State will attest, but we have to quit fooling ourselves that the old rules of war apply anymore.