Learning To Appreciate The Final Months Of Military Service

A few weeks ago, I learned that I would not be deploying again. The reason was simple: I was the … Continued 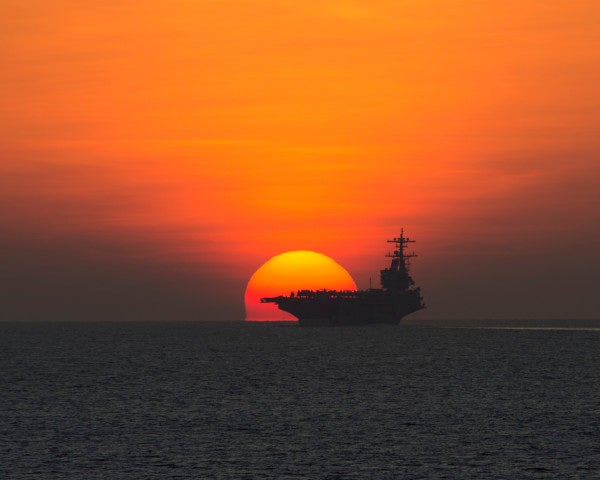 A few weeks ago, I learned that I would not be deploying again.

The reason was simple: I was the next most-senior person who could fill a critical job in garrison. At first, I was disappointed — I had hoped for one more chance to go out the door, and build upon the substantial projects that I'd contributed to on my last tour in the Middle East. A grand finale.

Then, I was overwhelmed.

I have not been able to plan my life more than 90 days in advance for nearly six years. Now, I can say, “Yes,” again when my friends and family ask if I will be able to join them for an event that is months away, when I have so frequently had to be non-committal, cancel at the last minute, or send my regrets.

I have longed for the ability to plan my own life, to take ownership of it again. And now that this is becoming more of a reality, I’m accepting that I just don’t know how to be still.

What do I do now? How do I learn to be happy with the everyday, with routine when I joined the Navy seeking an uncommon way of life — one that I have loved, but know it is time to leave?

There is always a longing to be in perpetual motion, against the immovable force of the doldrums of monotonous garrison life. But I know that by leaving the military, I am saving myself from myself. I need to learn how to unpack.

From childhood, I have watched planes take off and land with awe, and later, longing. I watch a plane take off and wish it was carrying me toward my next adventure. When I watch planes land, especially those with an international carrier's logo on the tail, I feel a relief at landing after a long journey, as if I were a passenger myself.

On my deployments, I have watched helicopters depart from gray flight decks and isolated compounds with envy, as they fly aloft in the blue backdrop of sky. They could only be circling the ship in open ocean, or going to shuttle passengers ashore: They were going somewhere else.

I have spent so many years transient that I have always looked forward; I have frequently calmed myself with the certainty that soon I would be somewhere else. The best of those times were spent with friends I made in the most unpleasant of operational or training circumstances, in the spare few hours in between 12-hour watches and 18-hour training evolutions; after lights-out at officer candidate school, laughing between struggles with engineering homework; doing writing exercises on Sunday afternoons on the ship; drinking Tusker beers and stargazing in Djibouti; lying on an artificial beach in Bahrain, the call to prayer echoing faintly in the distance.

Months ago, I disclosed the decisiveness of my desire to leave active duty to a trusted friend. I had been ruminating on the subject for months, and finally decided I was not going to select another set of orders. This was it. In the same breath, I vented my disagreement with another officer’s leadership style, and my frustrations with that individual’s decisions.

My friend looked exasperated, on the cusp of a declaration, and then swallowed his words.

I urged him to be honest, to come forth with the thought he kept to himself, “I wish you would stay in only so you could make it better for everyone else,” he mused.

I appreciated the sentiment, but I knew I had to go. I know the military has slowly changed me. In most ways, it has been for the better, but it takes a lot out of you; it’s exhausting. I need to leave before I become someone I no longer recognize. But there is still time for me do good, motivated by a desire to leave with positive momentum that will propel me forward when I no longer sign “USN” after my name.

My resignation is drafted, to be submitted when I am exactly a year from my intended separation date, just a few weeks from now. Although I am ready to go, I am looking all around me. What can I get out of my last year in uniform? More importantly, what do I have left to give?

Perhaps it will always be impossible for me to sit still — to stop longing for new experiences — but it is possible to joyfully anticipate what’s to come, while accepting exactly where I am.

I think of what is being done in a single day at work with overwhelming pride. I am still part of it; I can still affect it. Like an OCS classmate said, “The days are long, the weeks are short,” and there are fewer and fewer of them. Absorb it all, and take the best parts of it with you.