These Letters Show How Little War Changes Over Time

Letters home from soldiers offer one of the most intimate windows into wartime experiences. Whether written on parchment paper or... 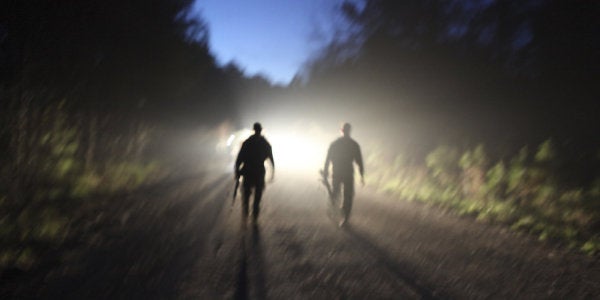 Letters home from soldiers offer one of the most intimate windows into wartime experiences. Whether written on parchment paper or in a Facebook message, the recounting of hopes and fears in stories, funny and sad, are an important way to understand something as complex as wartime experiences from a personal point of view. This has been true in the past, even with censorship, and it will be true in the future, too, no matter what form letters take.

With creative prompts including collections of historical letters, the Armed Services Arts Partnership and the Atlantic Council’s The Art of the Future Project sought letters home from a conflict in the 2030s as part of a first-person exploration of what homecoming might be like after future wars. Understanding this point of view is essential to maintaining focus on the human dimension in future conflict; it is often crowded out of conversations about war when the technological dimension dominates.

ASAP and The Art of the Future Project are pleased to partner with Task & Purpose to present some of the top entries from this year’s writing contest. These will be published here on Task & Purpose over the coming days.

The contest received 36 entries, from which judges selected finalists that were reviewed by Maurice Decaul, a playwright and Marine Corps veteran. The contest was judged on a scale of 1, 4, 7, 10, with 10 being the strongest score. Though all of the submitted pieces were formidable, first place went to Brooke King’s entry, “To My Son on His Eighteenth Birthday.”

1st Place: “To My Son on His Eighteenth Birthday,” by Brooke King

King’s piece, in the tradition of James Baldwin’s “Letter to My Nephew,” offers the addressee an honest distillation of hard-earned wisdom.

Of King’s cautionary and bracing writing, Decaul felt, “as if the speaker was in the room with me or me with her. As veteran and as a parent, I could empathize with the speaker’s want for her son to not experience war; I have the same want, though like the speaker in King’s letter, I know the choice does not belong to me. The letter is urgent, its diction is urgent, it is almost frantic — King’s letter is so raw, I couldn’t make it out to be fiction or not and therein lies its truth therein lies its power.”

Second place was a letter by Michael Sierra, “Delivery Delayed,” with third place awarded to Karin Lowachee for “War Letter” — both inventive, topical, and inspired.

King is a published author, mother of two boys, and Army veteran who served in Iraq as a wheel vehicle mechanic, machine gunner and recovery specialist. She obtained an MFA and is working on a memoir, “Full Battle Rattle.”

“Though the date is in the future, the letter, I hope, still resonates with past and present conflicts,” she wrote. “A mother being at war, and possibly combat, is now a very real possibility. It was my hope that the piece served not only as a sounding board for what women must face in the coming years and have come face to face with already.”