Rachel Richardson’s husband Jonathan was killed in action on March 9, 2010, in Afghanistan. Because he was a soldier with … Continued 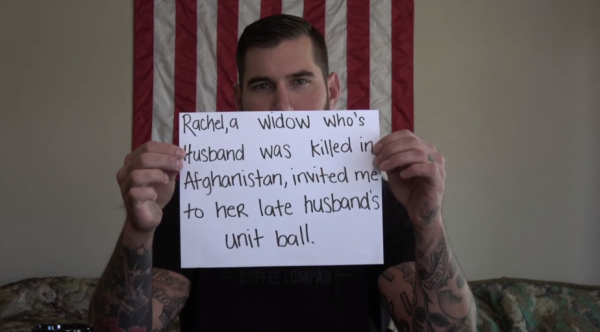 Rachel Richardson’s husband Jonathan was killed in action on March 9, 2010, in Afghanistan. Because he was a soldier with the 101st Airborne Division, she still gets invited every year to the unit’s ball.

“They are like my family,” she wrote of the men who serve with the unit now.

This year, instead of going alone, she posted a heartfelt Facebook video, and asked Army Ranger-turned-veteran-celebrity Mat Best if he would attend the unit’s ball as her date on August 5.

A GoFundMe campaign was even set up to fly him out to the ball. And after seeing Rachel’s emotional video, Best replied with his own video response.

Check it out below.