Many of the thousands of people reading and sharing Terry Ward's obituary on social media never met the man. But wish they... 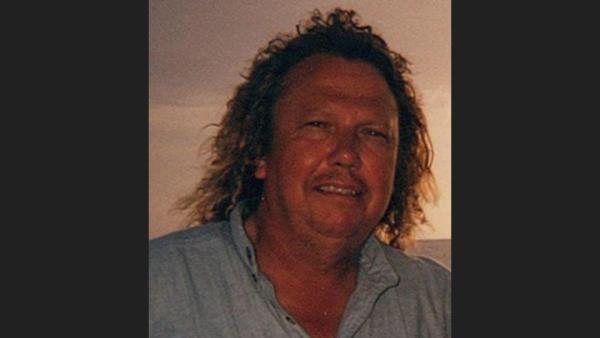 Many of the thousands of people reading and sharing Terry Ward's obituary on social media never met the man.

But wish they had.

From the very first line, which mentions Miracle Whip, Hamburger Helper and the zombie apocalypse, the death notice recently posted to the Geisen Funeral Home website paints a hilarious portrait of “an everyday guy” who loved humor as much as life itself. And that, says his daughter, Jean Lahm, was the intent.

Lahm, 43, began writing the obit after her father died Tuesday from a massive stroke. When she showed the finished piece that mentions Ward's love for hunting, fishing, chopping wood and Bed, Bath & Beyond, to her mother and sister, she said they told her it was perfect.

Not only did it memorialize Ward as a hard-working provider who never gave a care for keeping up with the Joneses, let alone the Kardashians, Lahm said she believes it captures his love of humor, a gift he passed down to his daughters.

“He lived to make people laugh,” she said. “For sure, the obituary matches his personality.

“He was a blue collar man who worked for the telephone company and was down to earth. He didn't have an uppity bone in his body. His barometer was so low to the ground,” she said.

She suspects that, and the fact that the passage is infused with jokes, is what is striking a chord with so many readers.

Lahm said she purposely set out to include his penchant for nicknames, his love for “The Blues Brothers” and his belief that everything goes with hot sauce.

She said she and her sister, Becky, also inherited their father's love for writing, especially quipping captions for family photos and leaving humorous post-it notes on bedroom doors.

Ward was 71 when he died. Ward, who was born on New Year's Even in 1946, grew up in Homewood and South Holland, graduating from Thornridge High School, before settling in DeMotte, Ind. He served with the U.S. Army during the Vietnam War and married his wife Kathy in 1969. The couple raised three daughters. He was preceded in death by his daughter, Laura Pistello, as well as his grandson, Vincent Pistello.

Ward was retired from AT&T;, where he worked as a lineman.

Lahm, who lives in Lowell, Ind., with her husband and two sons, said, growing up, she and her sisters were close in age. “We were all in high school at the same time,” Lahm said. “I think that's what prompted my dad to set up his man cave.

“He loved to sit out there, have a couple beers, jam some music and tell stories. He was real chill kind of guy. And yet he was an excellent provider and very responsible,” Lahm said.

Though he found humor in everything, Lahm said, he was serious about cars.

“He was very adamant that we took very good care of our vehicles,” she said. To ensure they would, he installed a 25-foot service pit in the garage so he could change the oil and keep up with maintenance.

“He'd keep meticulous notes on things and was always stocked up on extra car parts — just in case,” she said.

“He really took care of his family,” she added, but in a way that often made them laugh.

In the piece, Lahm wrote that her father never owned a cell phone, didn't buy cars new and “despised uppity foods like 'hummus,' which his family lovingly called bean dip for his benefit.”

Lahm, who works for Geisen Funeral Home, where services were set for Jan. 27, said when she sat down to write the obituary, “I told myself this has got to be really, really epic. It has to be him. I have to figure out a way to do this for him.”

Even before the piece went viral online, Lahm said she was happy with it.

“I'm proud of it and at peace with it,” she said. “I feel blessed that I was able to do it and so thrilled it came out exactly how I wanted it to.

“I didn't have a clue that this would go viral,” she said. “I've been reading a lot of the comments from people saying 'I wish I would have known him' or 'He seems like such a great guy.'

“I'm just so happy to be able to get his personality across,” she said. “I know he's up there laughing hysterically.”

According to the obituary, Ward “is survived by his overly-patient and accepting wife Kathy, who was the love of his life (a fact she gladly accepted sympathy for during their 48 years of marriage). He is also survived by daughters Rebecca (William) Hines and Jean (Jeff) Lahm; sister, Linda; brother, Phil; grandchildren: Alexander and Hannah Hines (The Mesopotamians), Daphne and Erin Pistello (The Daffer and Peanut), Brendan and Owen Lahm (Phineas and Ferb) and Tessa McMurry (Smiley).”

“Memorial donations in Terry's name,” the obituary reads, “can be made to your favorite charity or your favorite watering hole, where you are instructed to tie a few on and tell a few stories of the great Terry Ward.”

You can read Terry Ward's obituary in its entirety here.