When someone in the Navy dies of unnatural causes, it often attracts international attention. Grieving family members and friends typically... 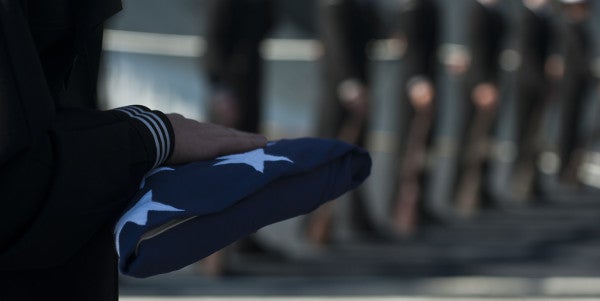 When someone in the Navy dies of unnatural causes, it often attracts international attention. Grieving family members and friends typically take to social media to post memories about their loved ones, express anguish and seek support on their personal pages.

But Defense Department policy prohibits the Navy from releasing the identities of casualties until 24 hours after next of kin is informed. In cases of multiple deaths, the 24-hour clock doesn’t start until the last family member is told.

“It is vitally important that all Sailors, DoN civilians, family members and friends know that the identity of a casualty should not be discussed on social media until it has been released,” a Navy handbook on social media, released on Jan. 11, says.

But while sailors’ social media posts are subject to Navy regulations and the Uniform Code of Military Justice, the Navy can’t stop or punish civilians who don’t work for the Defense Department from posting about a loved one’s death or speaking to news media about it if they choose to.

This often causes confusion among victims’ family members, who sometimes say the Navy won’t let them speak to reporters and fear their loved one could be punished for something they say.

Speaks said there are no provisions in any regulation that would hold a service member or Navy employee accountable for actions taken by anyone other than themselves.

The Navy released 40 pages of social media guidelines as part of its handbook that are designed to help sailors, public affairs staff, Navy leaders, family members and others in an era where information and disinformation quickly spread.

The handbook comes out as social media continue to grow . The service is active on hundreds of social media accounts. Its main Facebook account is followed by about 3 million people while its primary Twitter account has at least 1 million followers.

The Navy usually identifies, in news releases and on social media, sailors who died in combat or in an accident. But the official notification can sometimes come days after identities already are confirmed to news media from other sources, including other government officials, family members and friends.

After the destroyer USS John McCain collided with an oil tanker east of Singapore in August, one of the ship’s crew members who attended Deep Creek High School in Chesapeake was identified on Facebook by his mother in Michigan as one of the 10 missing sailors.

“I’d like to ask my town, if you pray, pray,” April Brandon wrote of her son, Petty Officer 3rd Class Kenneth Smith. “If you don’t pray, hope with me. With my family. I can’t barely think and there isn’t a damn other thing I can do. The USA and every country surrounding Singapore is on search and rescue for 100 square nautical miles from the collision site. My heart is there.”

Brandon also gave interviews with local news outlets in Michigan while her son was missing and later confirmed his death on Facebook before the Navy released his identity. The Navy’s social media handbook makes it clear the Navy doesn’t prefer that. It specifically says that when there is an “adverse incident,” family members who are approached by someone about it should “explain that you do not know and they should not speculate.”

But Speaks notes that the “Navy would never encourage family members to be less than fully truthful.”

During the McCain collision, the public affairs office for Navy Region Mid-Atlantic in Norfolk coordinated with victims’ families in the eastern U.S. to provide photographs and family statements to news outlets on behalf of families.