How One Phone Call Can Save A Life

A lot of people cannot comprehend why someone would take his or her own life. In the case of service … Continued 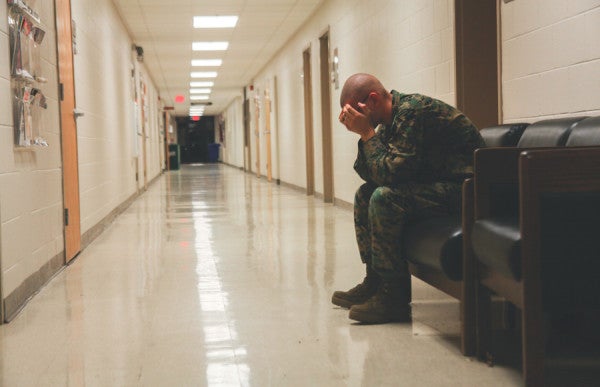 A lot of people cannot comprehend why someone would take his or her own life. In the case of service members, the stress of war, being away from family and friends, traumatic brain injury from combat, and transitioning out of the military, among other things, can be overwhelming to young veterans returning from the combat zone. Indeed, according to data released by the Department of Veterans Affairs earlier this year, male veterans under the age of 30 saw a 44% increase in suicide rates from 2009 to 2011.

September is Suicide Prevention Month, and today, Sept. 10, is World Suicide Prevention Day. Far too many young veterans between are committing suicide after returning home from Iraq or Afghanistan. Among all categories of veterans, suicides average 22 a day. Worldwide, an estimated one million people commit suicide every year.

The VA launched a campaign this month to generate awareness about the Veterans Crisis Line, a toll-free, confidential resource that connects veterans in crisis and their families and friends with qualified, caring VA responders 24 hours a day, seven days a week. For veterans and family members going through a difficult time, one call, chat, or text can be a critical first step. It can mean the difference between life and death.

Dealing with post-traumatic stress and/or military sexual trauma can make service members more susceptible to anxiety, depression, and other mental illnesses. It can be overwhelming especially for someone who feels like no one understands; that they don’t have anyone to talk to.

I have been in that situation before — when the future looks uncertain or stressful events have happened to make me feel overwhelmed, which then only increases the anxiety. One particular evening, I found myself in a dark place with no idea what to do or where to turn. That’s when I remembered the National Suicide Prevention Hotline. I picked up the phone and called the number. A young woman came on the line and I told her I was feeling overwhelmed and anxious. While I was not exactly feeling suicidal, I talked to her for 45 minutes. I told her about all the stress building up in my life: financial problems from being unable to work, severe chronic pain a result of my time in the service, and a limited support system without someone I could really talk to. I was having severe anxiety and it was nice to have someone on the other end of the line willing to let me talk without judgement. I have always been one of those people who isolates myself after traumatic events, such as the horrible death of my mother.

After talking to the woman, I started feeling better and we both hung up. She said she would send a message to the Miami VA Mental Health Department letting them know I had called to talk to someone. The next day I heard from two counselors at the Miami VA who asked me if I needed anything and they said they would refer the message to the psychiatrist and psychologist assigned to me and that they did.

Anyone can have moments of darkness, angst, depression, but know that there are resources that provide help and support is the step first to recovery.

If you notice any signs of depression or suicidal tendencies in someone you love, or you are feeling them yourself, reach out. One small act can make a lifetime of difference.