“Send in the boys!” Amidst the confusion, the artillery fire, and the heat of battle, Confederate Maj. Gen. John C.... 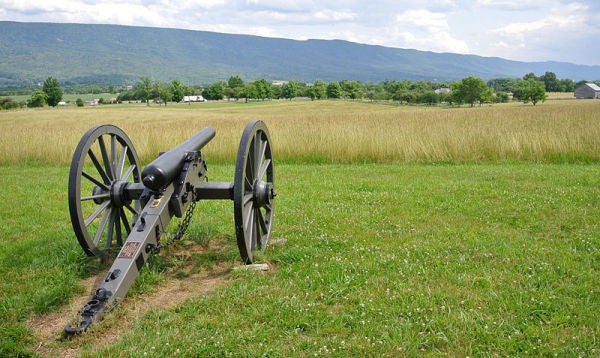 Amidst the confusion, the artillery fire, and the heat of battle, Confederate Maj. Gen. John C. Breckinridge follows this sharp order with a sotto voce plea for God to have mercy on his soul.

This order serves as the crux of the film “Field of Lost Shoes,” the opening night feature film at the 2014 GI Film Festival in Alexandria, Virginia. The film tells the story of a battalion of cadets from the Virginia Military Institute, called up as a reserve force to fight in the Battle of New Market.

The festival chose the Civil War film, penned by Thomas Farrell and Dave Kennedy, and directed by Sean McNamara, as the embodiment of the theme for the festival, according to co-founder Brandon Millett. During the post-film panel, which brought several of the filmmakers to the stage for a Q-and-A session, the audience responded eagerly.

Multiple times, either the audience or a filmmaker raised the question of authenticity. In addition to working closely with VMI on issues of uniforms and filming the modern, annual salute to the fallen cadets, the film utilized large amounts of extras, including Civil War re-enactors.

Many of the battle scenes were filmed at the actual site of the Battle of New Market. While not all of the effects were created there, due to the respect for maintaining the site, the filmmakers spoke of a sense of understanding that they were filming on “sacred ground.”

The presence of several VMI cadets in the audience, as well as graduates, added to the feeling of tradition, history, and respect for the military that permeated the viewing. Even if, as one audience member admitted, one “doesn't really watch these types of movies,” being there in the moment added to the enjoyment of the film.

And there is a lot in this film to enjoy. The attention to detail makes for some incredible cinematography, both when the film pulls the viewer in for an intimate moment, or pulls out for a commander's eye view of the battlefield.

David Arquette, who plays the role of Union Capt. Henry A. du Pont, an artilleryman assigned by Lt. Gen. Ulysses S. Grant to assist the staff of Maj. Gen. Franz Sigel, brings vivid life to the character without chewing much scenery. When asked by Millett how he came to the role, Arquette informed the audience that his father ran a museum at Gettysburg when he was growing up, so he was surround by Civil War history.

Many of the exchanges between du Pont and his commanding officer provide unexpected levity, although to fully appreciate some of the humor, it helps to have spent some time on a brigade staff or higher.

But for all the moments of humor, the great chemistry between the actors who played the cadets, and the enthusiasm over the launch of a week dedicated to the military in film, the film strikes a darker note.

This darkness comes not simply from the vast panning shots of the dead in the field, nor from the young women making preparations to treat the wounded, nor even from the scenes calculated to show the audience that the young men fought for more reasons than a simple blind ideology.

Rather, this darkness was most present in a shot where a young “Rat,” or underclassmen, saves his fellow cadet by stabbing a Union soldier in the back. As the soldier in blue fell away, and the camera held on the boy's face, the viewer is forcibly reminded that in this war, not only did brother fight brother, but sometimes those brothers had barely reached puberty.

Looking up the ages of the cadets who fought, most of them were of approximately college age, according to the VMI archival website. However, some of them were as young as 15, an age that our modern sensibilities would condemn as too young to fight, citing the horrific examples of child soldiers used in other countries by militias and extremists.

Breckinridge knew this, and his quote is one of the pieces of authentic dialogue taken from contemporary records and primary sources.

“Field of Lost Shoes” did indeed set the tone for the rest of the festival, a tone of both respect for the military and its traditions, as well as food for thought when exploring the history behind those traditions.