The Real Reason For The Poor State Of Military Morale

Recently, the Military Times published an article about the declining morale of the armed forces. It hit a big nerve,... 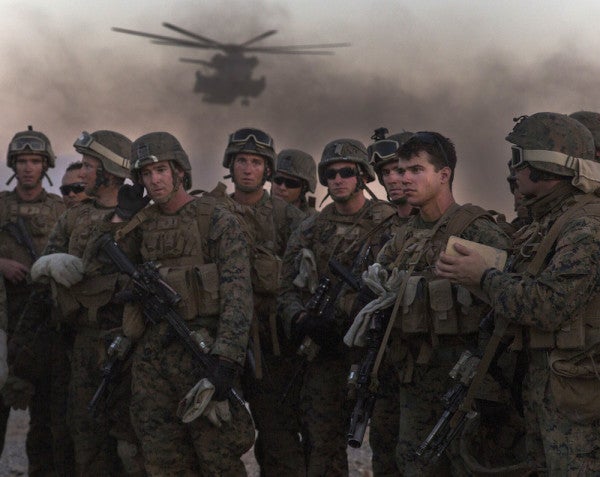 Recently, the Military Times published an article about the declining morale of the armed forces. It hit a big nerve, and rightfully so. A military with poor morale is a military that fights poorly. This should be a huge wake-up call to the senior uniformed and civilian military leadership.

There is a big danger that the wrong fixes will be applied to this problem. Oddly enough, the easiest problems to fix are the ones based on dollars and cents. Yes, the service chiefs will complain, but priorities can be shifted to reduce the hit on service members’ pocketbooks. But it’s not primarily the pay and benefit problems driving the downturn in morale.

According to the Military Times piece, satisfaction with pay and allowances declined from 87% to 44% from 2009 to 2014. Military pay has kept up with inflation and then some for the past several years. That’s not to say that military pay is a princely fortune, though it stacks up pretty well against the civilian world. After several years of military pay gains, 2015’s pay increase is falling slightly below inflation and the basic allowance for housing formula has changed. Let’s be honest, it’s not as if compensation has suddenly been slashed to the bone. After several years of raises, service members are taking a year of losing slightly against inflation, just like the rest of the federal workforce. Some service members may feel that they aren’t being paid what they rate, but there likely isn’t any dollar amount that would fix that. The plain truth is that military paychecks have improved since most of the force joined.

The other ancillary benefits of the military, be that health care, commissaries, exchanges, or recreation facilities, may have had some small changes here and there. Some are for the worse, like commissary surcharges. Some are for the better: when I joined the Marine Corps, most gyms looked like old-school “iron churches.” Today, gyms and other military recreation facilities are clean and modern. On the whole, though, these sorts of things aren’t moving the needle very far one way or another.

For the most part, the recent downward turn in morale can’t be laid on deployment schedules, either. Some units still have intensive deployment schedules. On an individual basis, some service members also have very high operational tempos, but on the whole, the pace of deployments has declined since the days of the Iraq surge. Only a few years ago, leaders were worried that the pace of deployment would break the morale of the force. Now that deployments have decreased, the worry is that morale is suffering for want of a mission. Service members complain about deployments, but they also complain when they don’t deploy. Deployments are a factor in poor morale, but they aren’t the driving force behind today’s military anomie.

The key factor is senior leadership that has not kept faith with its troops. The rest of the force that doesn’t live within the Washington, D.C., beltway feels that it is being ridden hard and put back wet so that the generals and admirals can claim success before civilian leaders in Congress and the White House. They have come to believe that they are expendable.

There’s no such thing as a free lunch. Even after taking away the burden of operations in Iraq and Afghanistan, the security requirements of the United States have not decreased in proportion with the downsizing of the force. As recently retired Marine General James Amos said, “We will not do less with less. We will do the same with less.” As powerful as generals are, they can’t repeal mathematics. That difference isn’t coming out of nowhere. It’s coming at the expense of personnel, equipment, and training. Today, units have to swap equipment just to deploy; new personnel go forward with inadequate training; and stateside support units, such as depots and training facilities, have to support deploying units with people and equipment. The military is like a subsistence farmer who’s eating his seed corn — it works for awhile, but a reckoning is coming.

Service members aren’t blind to this. Those who’ve been around can sense that they are working harder, but accomplishing less. More work, but somehow, less training. And perhaps they could deal with the extra work. They did join to serve, after all. They just don’t feel as if their loyalty to the institution has been rewarded. They see what appears to be an increasingly capricious and arbitrary force-shaping process. From the Army giving pink slips to soldiers in Afghanistan, the Marines kicking out sergeants at ten years of service, to the Air Force  enticing airman to apply for voluntary separation incentives and then revoking the offer, senior leadership has been making its mission, pleasing Congress, at the expense of the rank and file.

That mission of pleasing elected officials isn’t just about dollars and cents and military missions overseas. It’s about senior leaders so cowed by civilian authority that they will throw anyone under a bus to preserve the image of the military. To many, senior military leaders’ fawning obsequiousness in the face of civilian pressure has turned a bastion of warrior spirit into a Mormon ladies' social. While the military has certainly needed some cultural rudder steers from time to time, events starting with the post-Tailhook witch hunts, and continuing through such initiatives as the 21st Century Sailor and Marine Program, have left service members thinking that they joined to be in the Sands of Iwo Jima but got stuck in a showing of The Sound of Music.

Life in the military has a lot of rewards, but also a lot of sacrifices and hardship. What has made soldiers, sailors, airmen, and Marines withstand those hardships throughout history is a sense of belonging and the knowledge that someone has their backs. The source of the military’s discontent doesn’t lie in money, it’s in the fact that many in the military believe that loyalty currently only travels up, not down. Senior leadership can moan about not having the money to fix the morale problem, but there’s not enough money in the world to fix it unless the underlying problem is solved. If the military doesn’t have its peoples’ backs, it will soon be looking at their backs as they walk out the door.