Situational Awareness In The Civilian World

“I am always on,” is a phrase I at times say to my civilian friends when I need them to... 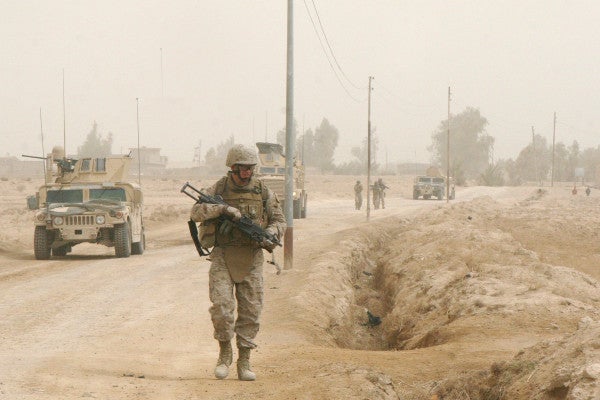 “I am always on,” is a phrase I at times say to my civilian friends when I need them to understand that I am always aware of my surroundings. “Stay alert! Stay alive!” is a phrase on which I was raised, but not until my time in Iraq did I embrace and understand its true meaning.

Rolling in Iraq during Operation Iraqi Freedom I was really interesting because aside from basic orders and orders around particular missions, there were no rules in the sense that we all (including DoD and “big” Army) were in the process of establishing policy and procedures. For instance, we did not begin using the acronym IED until November of 2003. Before then, IEDs were simply referred to as bombs and booby traps.

I mention IEDs because during my deployment — May 2003 to July 2004 — my squadron rolled in basic fiberglass humvees with no doors. Yes, I said it. No doors. When rolling in the streets, we all leaned out of our vehicles with half of our bodies fully exposed to the elements. With the introduction of IEDs to the battlespace, not only did we have to look up at the rooftops and into windows as we rolled, but now, we had to scan the sides of the road because any pile of garbage or trash bag was a possible IED. With everything else we were doing in Iraq, scanning the roads and identifying garbage piles became second nature, like breathing.

I did not realize how much scanning the road had become routine until the second day of my redeployment back to Fort Polk. My buddy and I had just driven off post, heading for Wal-Mart. I had all my windows down and the music blasting like I like to do. We were home. We knew we were home. But, out of the corner of my eye, I spotted a trash bag on the side of the road. Seeing that bag switched my mind back to Iraq; instinct took over. I swerved to the left, and then to the right to avoid the trash bag.

My buddy looked at me after I had steadied my truck, and all I could say was, “My bad. I forgot we were back home.”

Operating in such an environment forced me to be extremely vigilant when it comes to my personal security. I quickly learned that my personal safety and security are my own. In Baghdad, no matter where I was, I knew all of the quick routes out to my vehicles. My guys and I knew where to go and where not to go in order to maximize our level of personal security: i.e. we never rode in an elevator.

As a civilian, when I enter a room, though most would not notice, I scan it. I look at every person, and I look at every exit and entrance. I run scenarios through my head because Iraq has taught me that I must always be situationally aware. Complacency gets you killed.