My Small Part Of The War On Drugs In 6 Pictures

In 2006, the War on Drugs was running strong and concurrent with the Global War on Terrorism. As part of … Continued 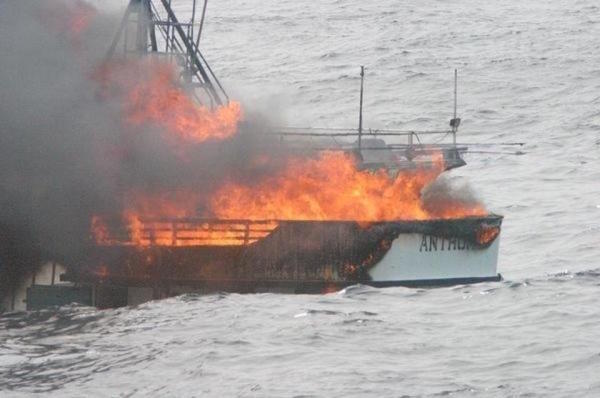 In 2006, the War on Drugs was running strong and concurrent with the Global War on Terrorism. As part of that effort, Petty Officer 2nd Class Shawn VanDiver, a fire controlman, deployed to waters off of Central and South America as the lead technician for the Mark 92 Fire Control System, work center supervisor of the work groups within combat systems fire control and gunnery divisions, and anti-terrorism officer. For the next six months, his unit patrolled waters infested with drug runners. Deployed on the USS Thach, the crew took in 29.2 tons of cocaine as well as several tons of marijuana. Thach and her crew were recognized with multiple unit awards for their efforts. This is VanDiver’s story.

Related: 9 Photos Of Afghanistan In 2007 Through The Eyes Of One Marine »

Email us your deployment photos with a short description to be featured on our Instagram @MyDeployment.

Summer 2006. That’s me squeezing dyed water over a slimy wog’s forehead as part of the “Crossing the Line” ceremony. A trusty Golden Shellback (I had crossed the equator and the international date line at the same time on a previous deployment), I had been selected as the court jester.

July 2006. This is what was formerly the motor vessel Anthon. Her crew was smuggling drugs that ultimately were destined for the United States. I had the pleasure of firing .50 caliber, 25mm (incendiary), 20mm (CIWS 1B), 9 mm, and other small arms at her, as the work center supervisor for the weapons systems divisions.

September 2006. A few weeks after a new commanding officer had taken over, USS Thach became the first vessel to have a sniper shoot out an engine on a boat from a helicopter in flight. This is us steaming over to put the fire out. Right about here is when I, as the gunnery liaison officer, directed my team to remove the ammunition from the exterior gun mounts. Just in case.

September 2006. As we attempted to put out the drug boat that was on fire, our ship caught fire. I was in the pilothouse and thought I was going to die. The crew then spent five days doing whatever we could to paint the ship to look presentable as we pulled in to Panama.

December 2006. This is me right after I almost died. We were pulling in from deployment and returning to sunny San Diego. One of my idiot friends took this photo immediately following my singing a rendition of some song that was very popular around the ship on deployment.

December 2006. This is from my return home party at Hamilton’s Tavern, a bar that didn’t exist when I left on deployment but that friends owned and were building. In a twist of unwelcome irony, the second story of the building caught on fire that morning. Owners Chris and Blair brought in generators so we could have my party that night. That’s my mom in the photo.

Email us your deployment photos with a short description to be featured on our Instagram @MyDeployment.