The Cost Of Treating Troops As Free Labor Providers 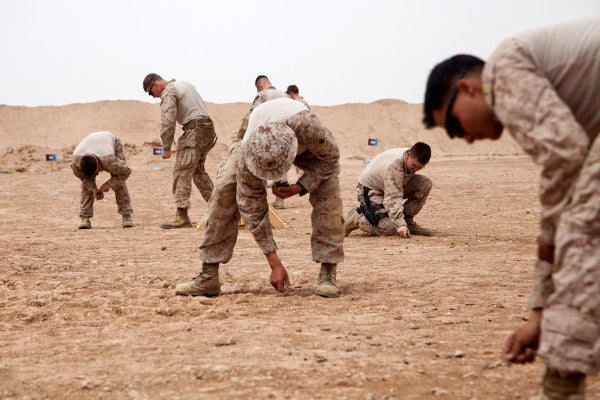 It’s become almost a trope that government is less efficient and more wasteful than the private sector. Sometimes that’s true and sometimes it’s not. What is true is that most government organizations lack, at least relative to private firms, economic incentives in daily management decisions, particularly in regards to how managers use labor.

Not to descend into a dissertation on labor law and policy, but generally speaking, in the private sector, the people doing the grunt work are usually on some type of hourly wage. The more skill and expertise a job requires, the more that hourly wage usually is. The fact that these people are getting paid for every second they’re at work also means that business try to minimize how much time they spend sitting around. Businesses also try to avoid keeping them at work too long unless it’s essential, because extra time may require extra pay, e.g., time and a half. Even when it comes to salaried managerial employees, it’s usually considered wasteful to use them to do jobs that could be done by non-supervisors.

If a manager in the private sector used an electrician, earning $24 an hour, to answer the phone, he probably wouldn’t last long. More to the point, if he told his electricians to get to a job an hour before it started, just to stand outside in the cold waiting for the building to open, he wouldn’t just be fired, he’d be ridiculed first for spending his company’s money to get nothing done.

The military can’t, nor should it, pay its workers by the hour. And clearly a military organization can’t have such narrowly defined jobs that a service member can tell his noncommissioned officer, “Sorry, I don’t do windows.”

At the same time, pretending that we do pay by the hour can be a useful tool for the military. Far too many leaders come at any problem with the assumption that labor is free. We regularly use highly specialized and trained people to do menial tasks. We keep people at work, often doing nothing at all, just to make others who actually have things to do feel as though everyone’s suffering equally. We keep absurd numbers of people at unit “duties,” even though technology has greatly reduced the need to do so. Keeping people around doesn’t cost a unit anything, so why not do it?

Everything has a cost, whether it’s immediately visible or not. If the military treats labor as if it’s free, the bill eventually manifests itself as poor retention rates, mistakes at work due to fatigue, or negative effects on service members’ lives that eventually carry over to work.

For example, the Marine Corps started putting “firewatches” on every floor of every barracks as part of former Marine Commandant Gen. James Amos’ “Reawakening.” There may be an infinite number of universes, but in none of them does it make sense to have extra people aimlessly wandering barracks hallways in the middle of the night. Reserve units even started putting firewatches in hotels, even though the Holiday Inn already had it covered. In the eyes of the commandant, this created the illusion of greater order and discipline at zero cost. In reality, he was getting jets fixed by mechanics who didn’t sleep the night before. “But what if we ‘comp time’ them the next day?” you ask? Then his work just goes to his buddies who are then either staying late to finish the job or not getting it done at all.

Similarly, everyone in the military has endured the phenomenon wherein if something actually starts at 0600, each level of supervision pads the time by 10 or 20 minutes. Eventually everyone is standing around doing nothing at 0430. While being on time is important, the idea that labor is free means that the balancing act of cost versus benefit never occurs. The leader balances not getting yelled at for having his people late against no downside to him whatsoever, and tells everyone to come in ridiculously early. If his department had to write checks for that extra 20 minutes, he likely would’ve cut it down to five.

Not everything in the military can or should come down to direct dollars-and-cents analysis. Good order and discipline is hard to put a pricetag on. But, just because the military doesn’t pay by the hour doesn’t mean that time is free. The costs aren’t reflected in a balance sheet, but they are real, borne by the military and its people.

The military has a nation to defend, and things need to get done, but leaders at every level need to enforce the idea that everything has a tradeoff. Sometimes it’s essential that everyone stays late, but many other times it’s not. In either case, leaders need to balance the mission against the cost to personnel. When making a decision, leaders always need to ask themselves, Is the cost worth it?