The narrative myths of the Greatest Generation are so fixed in the American psyche that it can take a supreme... 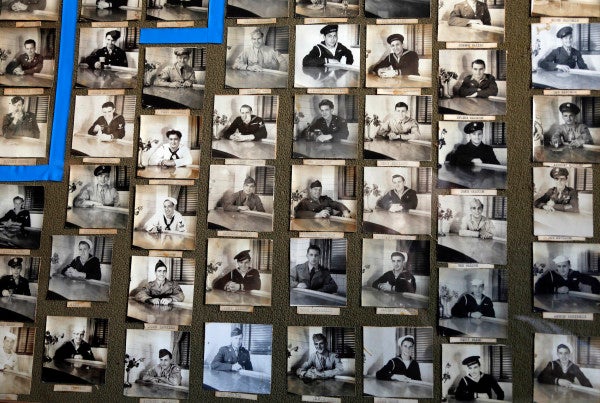 The narrative myths of the Greatest Generation are so fixed in the American psyche that it can take a supreme cognitive effort to remember they were once angry young men who both feared and resented home.

A 1947 War Department survey reported that 1 in 5 World War II veterans were “completely hostile” to civilians. A Gallup poll conducted the same year reported that approximately one-third of the 16 million or so young vets back in the United States felt estranged from civilian life. After the victory parades ended, journalist Agnes Meyer found that many American veterans were struggling to readjust, filled with “appalling loneliness and bitterness … floating in a vacuum of neglect, idleness and distress.”

No, they weren’t always gentle grandfathers reminiscing about the “good war.” Even pushing back the onslaught of fascism came with its consequences.

The veteran cast adrift from the society that wrought him features prominently in the literature of the era. There’s Sebastian Dangerfield, “The Ginger Man”’s amoral, wife-beating protagonist drinking away his benefits in Dublin. Tom Rath from “The Man in the Gray Flannel Suit” and Frank Wheeler of “Revolutionary Road” share much more than a Metro-North commute; despite their best attempts to fit in and just be regular company and family men, lingering combat memories feed their existential malaise. And then there’s cartoonist Bill Mauldin’s Willie and Joe, already fixtures in American newspapers for their typical grunt exploits during the war, who returned home to a country ready to move on, even if they weren’t yet sure how to.

Related: We need to come to terms with this generation's true war story

Though Mauldin remains best known for his cartoons — he won two Pulitzer prizes for them — he also brought his caustic pen to prose, to include his criminally difficult-to-find memoir “Back Home.” Published in 1947, “Back Home” captures a very different postwar American environment than the one glazed in nostalgia by Tom Brokaw and others. Mauldin’s America teems with unease and uncertainty, not for the least because of “the veteran question.”

“The veteran question” is actually a series of questions in “Back Home,” and ones that could belong as easily in America circa 2016 as they did in 1947. Veteran unemployment. Veteran homelessness. Representation of veterans in media stories as rage-filled monsters or as broken victims. A widening gap between veterans and civilians that could, and sometimes did, churn into antipathy.

The resentment wasn’t one-sided either. Some segments of America saw the G.I. Bill — the revolutionary education legislation that sent approximately 7.8 million vets to college and helped produce 14 Nobel laureates, 20-plus Pulitzer Prize winners, three Supreme Court justices and three presidents, among others — as a drain on society at large. The Saturday Evening Posttapped into this fear in 1946 when it asked, “Are We Making a Bum out of G.I. Joe?”

A World War II veteran who became a pseudo celebrity in the midst of it due to his work for Stars and Stripes, Mauldin writes with a journalist’s directness and a novelist’s purview, clinging to his roots as an infantry dogface while on VIP stages with generals and politicians because of his “silly drawings.” His memoir makes clear how much of his cartoon work was influenced by his own experiences and encounters with other G.I.s. Willie and Joe became the everymen of American soldiers because they were exactly that. While he originally wanted to kill them off on the last day of combat in Europe, he instead brought them back with him to deal with all sorts of new enemies on the homefront: Loan sharks posing as patriots. Ex-girlfriends who didn’t wait. Slicksleeves who never went overseas, but pretend for personal gain. And yes, the taxman at the IRS looking to collect on accrued property revenue.

Mauldin’s fiercest missives don’t fire up or down American society, but sideways, toward the “professional veteran” class. He considered the American Legion and Veterans of Foreign Wars schemers and manipulators, special interest groups in the modern lingo, “political machines … in the hands of comparatively few.” He devotes a full chapter to savaging their attempts to stay separate and distinct from the citizenry, and works in a few additional jabs elsewhere about their cozy relationship with the Veterans Administration, and quotes Gen. Omar Bradley on the citizen-veteran dynamic: “I feel it is my duty as an American citizen to remind veterans that their future lies in honest opportunity rather than special privilege.”

That was a different time, of course. More than 12% of the country served during World War II, sequentially multiplying the amount of friends and family members with direct connections to the war effort. Compare that to now, when one-half of 1% of the population serves, and the only thing matching our foreign wars’ endlessness is our collective disinterest in them. The veterans groups of today have legitimate reason for their noise-making. And yet, it’d be refreshing, perhaps even vital, for someone in that space to say, “It’s better to be a Mister than a Veteran,” as Mauldin does in “Back Home.”

My generation of vets is becoming professionals at being veterans, and it’s more than an ugly look. It’s an inhibiting one.

(Says the guy with an Iraq war novel coming out, I know. Just because I’m a hypocrite doesn’t mean I’m wrong.)

Willie and Joe as transitioning “new citizens” proved a failure with newspaper editors and readers alike. America tends not to handle the aftermath of its wars with grace or care, and it certainly didn’t want pseudo-political takedowns of its soul dirtying up the funny papers. Mauldin, like many of his fellow veterans of the era, moved on. A long, successful career awaited, as well as a full life. But it wasn’t easy, nor was it neat, nor was it linear. “Back Home”is both a chronicle of its own time and a lodestar for young men and women returning from strange lands to find the home they left even stranger.

We may not be the Greatest Generation. That’s okay. At first, neither were they.