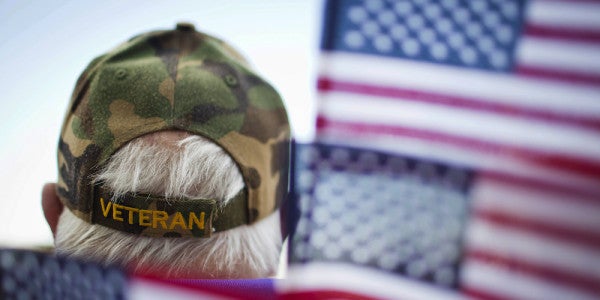 On May 4, 2014, I came home from deployment. I was tired, had a 30-hour stubble on my face, and was dressed in smelly multicams and dirty suede boots. As I waited for my massive duffel bags on the conveyors, I knew my wife and kids would be out there waiting to welcome me with a host of people I didn’t know, probably with cameras, flags, and “welcome home” signs. It was definitely a feel-good moment when I finally broke through the double doors with all my gear. At long last, there was my beautiful bride and my bouncing munchkins all eager to tackle me after our long months apart. My family’s embrace felt like a cold drink of water after walking across a brutally hot desert, and the goodwill that surrounded me by people I’d never met was an unforgettable feeling.

But troops haven’t always been so welcomed. Historically, Americans have been fairly kind, but the country reached a low point during the Vietnam War, which left scars on our national psyche that remain today. Perhaps this is why ever since the end of the Vietnam conflict, troops have enjoyed such great respect (some might say too much) upon their returns home. At least since the end of Vietnam, this has been true regardless of the politics surrounding a war we fight in. Troops today are held in high esteem by the public no matter how much the war itself might be hated.

Many military leaders have stated that you can’t go to war without public support, and a look into the past reveals a patchwork of sentiments. These show that national attitudes toward our veterans have ebbed and flowed over time, but they haven’t always matched public feelings about the wars the country fought in.

When the war between the North and South began in 1861, Americans on each side supported both the conflict and the soldiers, because they were ready to do whatever it took to win. Most people — both in and out of uniform — thought it would be a short fight and they were willing to make whatever sacrifices were necessary. However, things began to change when men started coming home in pine boxes.

When photographer Matthew Brady took the first images of battle in 1862 and displayed them in his exhibit “The Dead of Antietam,” Americans were able to see the real costs of war in brutal, violent fashion for the first time in history. The public frustration that had been slowly building on both sides reached a fever pitch, especially in the North, which had suffered a series of stunning defeats. The bloody slog continued and costs mounted. By its conclusion in 1865, the country was left forever changed, but surviving soldiers generally enjoyed public respect no matter what the feelings were about political implications of the war.

Soldiers returning home from World War I came home to ticker-tape victory parades and marching bands, but in the 1940s, our involvement in World War II brought public support to a whole new level. Everyone was touched by the war, everyone knew someone who served or was killed in combat, and every able-bodied American was either put in a uniform or put to work in support of the war effort. This massive conflict brought nearly all citizens together. Propaganda campaigns proved the massive power of media, and increased support for the war and for the soldier. Indeed, many troops even participated in campaigns for war bonds, such as Ira Hayes, Rene Gagnon, and Harlon Block, three of the five Marines in Joe Rosenthal’s famous photo of the flag-raising on Iwo Jima.

With the help of the federal government who couldn’t seem to get its act together, the same powerful media that brought the nation together in the 1940s helped tear it apart two decades later. Worse, it contributed to a very negative public view of returning soldiers. By 1966, more than 90% of American homes had at least one television, and it became the main source of news for the public. News agencies established offices in Saigon, and correspondents were regularly dispatched with units going into combat.

Early in the war, the media followed an anti-communist narrative, portraying the U.S. soldier as a hero “shooting the reds.” By 1967, however, that narrative had changed drastically. Fifty million people were witnessing death and destruction on their television screens every night, reported by journalists who were not censored by the military. Interviews with American combatants themselves often reflected growing discontent with the conflict’s progress.

By the Tet Offensive in 1968, the war was lost in the eyes of the media. The derogatory name “Five O’Clock Follies” was bestowed by journalists on daily military press briefings in Saigon, whose absurd content often included phrases like “We had to destroy the village in order to save it.” Many in the press complained of a growing credibility gap between the brutal reality embedded journalists were seeing every day and what the American government was saying. While Tet was a key American victory, television programs, radio, and newspapers portrayed it as a devastating loss. Walter Cronkite famously said, “To say that we are closer to victory today is to believe, in the face of the evidence, the optimists who have been wrong in the past. To say that we are mired in a bloody stalemate seems the only realistic, yet unsatisfactory conclusion.”

Support for the Vietnam War steadily declined, and as journalists increasingly reported bloody, brutal fighting and events such as the My Lai massacre, public support for the soldier declined as well. “… rather than victims of a cruel war, they were perpetrators of a cruel war,” author and historian James E. Wright said, in an interview with the New Yorker. “Baby killer” and “get back on the plane” were common refrains when troops returned home. Vets were regularly spit on or had tomatoes and other objects thrown at them. Many were refused service at public establishments, and returning soldiers would often change out of their uniforms as quickly as possible as soon as they reached U.S. soil. Worse, throngs received little to no support from the Veterans Administration — an arm of the very government that sent them to war in the first place. There was limited treatment for post-traumatic stress and other injuries, and few programs to help veterans find employment. Over 100,000 committed suicide, and thousands more ended up in jail or on the street.

Many service members who served in Vietnam and stayed in uniform ended up in the highest levels of leadership after the war, swearing that no soldier would ever return home to an unappreciative country again. At the same time, public opinion in the late 1970s and early 1980s was swinging back in favor of veterans, culminating in the construction of the Vietnam Veteran Memorial Wall in Washington, D.C in 1982. It seemed people were finally realizing that service members who fought in Vietnam were just doing their jobs, and in many cases were pressed into service without much choice.

During the Gulf War, generals Norman Schwarzkopf and Colin Powell — both Vietnam vets — bent over backward to ensure the Southeast Asian conflict of the 1960s and 1970s was not repeated, not just in terms of planning and executing a war, but also of support for the troops. During the Gulf War, veterans were revered for their service. Yellow ribbons and flags could be seen everywhere, and schools were known to send care packages to “any soldier” as an expression of support and gratitude. Care packages flooded downrange units. In 1991, many came home to parades and the voice of Lee Greenwood singing “Proud to be an American” wafting over the airwaves.

That sentiment remains in place today. While the public’s political support is often divided over the conflicts in Afghanistan and Iraq, one thing that seems to stay constant is the virtual rockstar status many veterans enjoy when they come home. Some of this may come from increased military controls over what the press releases publicly, but even our government — unwieldy, bureaucratic, and inefficient as it sometimes seems — usually has its heart right when it comes to veterans.

Congress has put laws on the books to assist returning troops with job searches, provide tax breaks, and other benefits. The Department of Veterans Affairs is still a cumbersome organization, but care has improved and there are far more VA benefits for today’s veterans than there were during Vietnam, including the Post-9/11 G.I. Bill and home-buying benefits. Military services subject returning vets to a barrage of physical and mental health-related tests when they return home to ensure appropriate access to care for post-traumatic stress, traumatic brain injury, and other conditions — all unheard of during Vietnam and wars before.

There are also thousands of assistance programs from private organizations. Some offer hiring incentives, while others may discount large purchases (such as auto dealerships), among other things.

These are things many of us aren’t always comfortable with, but perks rarely go unappreciated. After all for a lot of vets, nothing’s really changed in our country’s nearly 240 years of military history — like the Vietnam veterans and those who came before us, we are just doing our jobs.