Army Sergeant Robert Bowdrie “Bowe” Bergdahl was released from his almost-five years of captivity in Afghanistan on May 31, 2014. … Continued 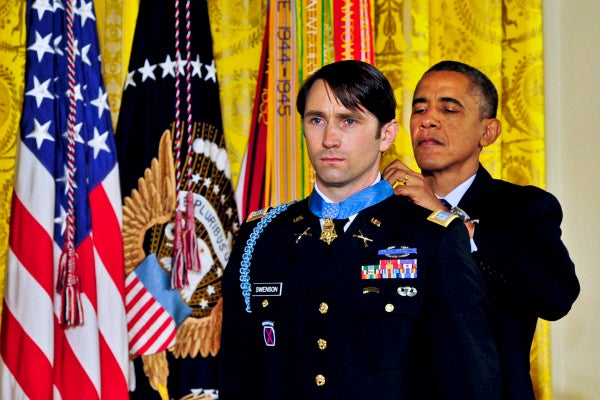 Army Sergeant Robert Bowdrie “Bowe” Bergdahl was released from his almost-five years of captivity in Afghanistan on May 31, 2014. Over nine months later, he was charged by the Army with desertion and misbehavior before the enemy.

This article will not delve into the issues of his guilt, his potential sentence, or the issues surrounding the uproar over the exchange of detainees for his release. Rather, this article only takes issue with the timing of his charges and the announcement by the Army on March 25.

The Army, like many of us, appears to have forgotten about this day of remembrance. According to recent reports, there are only 79 living recipients of the Medal of Honor. Recent or long ago, living or departed, enlisted or officer, man or woman, Army, Navy, Air Force, Marine Corps, or Coast Guard, from the Civil War to the war in Afghanistan, it is never too late take a moment to learn more about sacrifices of these brave men and women.

Here is a sampling of some of the remarkable individuals who have recently received the Medal of Honor:

Kyle Carpenter, corporal; United States Marine Corps. “Without hesitation and with complete disregard for his own safety, Lance Corporal Carpenter moved toward the grenade in an attempt to shield his fellow Marine from the deadly blast.” He is my personal favorite because of his infectious smile and positive attitude.

Medal of Honor recipient Cpl. Kyle Carpenter describes to David Letterman the scene when his unit came under enemy attack in Afghanistan. Story continues below.

Dakota Meyer, sergeant; United States Marine Corps. “Disregarding intense enemy fire now concentrated on their lone vehicle, Corporal Meyer killed a number of enemy fighters and with the mounted machine guns and his rifle, some at near point blank range, as he and his driver made three solo trips into the ambush area. During the first two trips, he and his driver evacuated two dozen Afghan soldiers, many of whom were wounded.”

Leroy Petry, staff sergeant; United States Army. “While crossing the courtyard, Staff Sergeant Petry and another Ranger were engaged and wounded by automatic weapons fire from enemy fighters. Still under enemy fire, and wounded in both legs, Staff Sergeant Petry led the other Ranger to cover. He then reported the situation and engaged the enemy with a hand grenade, providing suppression as another Ranger moved to his position.”

Michael A. Monsoor, master-at-arms second class; United States Navy SEAL, posthumously. “While the SEALs vigilantly watched for enemy activity, an insurgent threw a hand grenade from an unseen location, which bounced off Petty Officer Monsoor’s chest and landed in from of him. Although only he could have escaped the blast, Petty Officer Monsoor chose instead to protect his teammates. Instantly and without regard for his own safety, he threw himself onto the grenade to absorb the force of the explosion with his body, saving the lives of his two teammates.”

This is just a small sample of the heroic actions of the recipients of the Medal of Honor. From the first Medal of Honor recipient Pvt. Jacob Parrott, awarded on March 25, 1863, to 1st Lt. Alonzo H. Cushing, awarded on Nov. 6, 2014, there is a treasure of information to learn about the sacrifices of each of these individuals. Read about all of their sacrifices here.

The 25th of March should forever be reserved for these brave individuals. Take a moment to honor the best of the American military. We should always reserve this day to celebrate the sacrifices of these individuals. They deserve nothing less.