Anyone who has ruck marched with a heavy pack, performed a parachute landing fall out of a C-130 or worn... 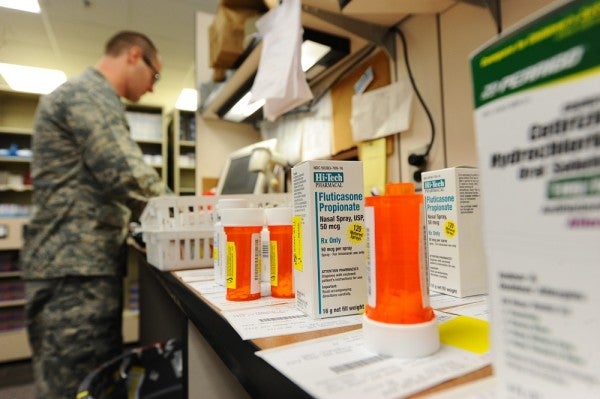 Anyone who has ruck marched with a heavy pack, performed a parachute landing fall out of a C-130 or worn body armor all day knows that the military lifestyle is rough on the body. Due to the physical requirements of the military, veterans experience a much higher rate of chronic pain than the civilian population. The recent wars in Iraq and Afghanistan have led to more advanced body armor, saving the lives of thousands of soldiers, Marines, sailors and airmen. These advances in equipment, though lifesaving, mean that troops survive with devastating injuries such as limb amputations and traumatic brain injury that require advanced, coordinated treatment.

According to a May 2014 Inspector General study of the Department of Veterans Affairs and its opioid dispensing methods, more than 50% of the veteran population experience chronic pain as well as other contributing factors such as post-traumatic stress disorder. The prevalence of PTSD is especially important to note in treating chronic pain because the two conditions work against each other. According to the National Institute of PTSD, the presence of pain can be a constant reminder of unwelcome memories and a veteran’s increased anxiety can exacerbate his or her experience of pain. More than 2 out of 10 veterans with PTSD also have a substance abuse disorder making it more difficult for doctors to prescribe opioid medication for their chronic pain. Veterans are not alone in experiencing substance abuse, especially when it comes to prescription drug abuse. From 2001 to 2013, 2.5 times as many peopledied due to an opioid drug overdose, according to the National Institute on Drug Abuse.

A VA healthcare system that was underprepared for wartime casualties initially dealt with the increase in these debilitating injuries by prescribing larger amounts of opioids to help with the pain. From 2001 to 2013, prescriptions for opioid pain medications, such as oxycodone and morphine, increased by 259%, according to a report by the Star Tribune. In order to combat a growing number of accidental overdoses, suicides, and prescription drug abuse, the VA unveiled the Opioid Safety Initiative in 2013. In theory, the initiative promotes alternative methods of pain control, such as acupuncture and chiropractic care, while reducing the dosages and prescriptions for opioid medications. This coincided with a national campaign outside the VA to curb prescription drug abuse. The Drug Enforcement Agency expanded its regulatory authority and tightened the prescribing guidelines on several commonly utilized opioid medications such as hydrocodone. Instead of gradually weaning off veterans who had been on a steady dosage of opioids for several months and even years, patients were abruptly cut off, leaving users in a miserable lurch.

Anyone who has been on an opioid medication for a long period of time will experience withdrawal symptoms whether or not they are psychologically addicted. Though opioid withdrawal does not usually lead to death, a person experiences horrible physical and mental side effects including muscle cramps, diarrhea, insomnia, sweating, chills, nausea, and vomiting. There are few methods for combating these symptoms except for gradually weaning off of the dosage. Even after the acute physical withdrawal symptoms have passed, depression and anxiety can worsen due to the change in brain chemistry that occurs with a reduced dosage of opioids. This side effect is particularly troubling in veterans already struggling with anxiety and depression as symptoms of PTSD. The Star Tribune report details the stories of several veterans who were sent into devastating tailspins after the Opioid Safety Initiative launched at the Minneapolis VA. Two Iraq War veterans committed suicide after their local VA hospitals dramatically reduced their opioid medication without any other supportive treatments to help with their complex symptoms. Though statistics are difficult to conclusively determine, anecdotal evidence suggests that many veterans were pushed over the psychological edge when the Opioid Safety Initiative was launched.

In both the VA and private healthcare sector, the war against prescription drug abuse has mostly impacted chronic pain patients who rely on opioid medications for a higher quality of life. Increased DEA regulatory authority has led to large pharmacies adopting stricter guidelines that leave civilian pain patients in a similar bind. The VA is under intense scrutiny and pressure, making it especially crucial that it make a responsible comeback from this debacle.

Military medicine is extremely advanced when it comes to life-saving technology in combat, yet the military and the VA have failed when it comes to treating the lingering wounds of war. The wars in Iraq and Afghanistan brought major advances in medical technology, from advanced prosthetics and one-handed tourniquets, to better methods for diagnosing traumatic brain injuries. Yet the VA launched the Opioid Safety Initiative with little analysis or preparation to transition veterans responsibly from large dosages of opioid medication. According to the 2014 Pain Management Opioid Safety guide, practitioners are encouraged to utilize cognitive behavioral therapy, family and peer support groups, alternative therapies such as chiropractic care and acupuncture along with interventional pain management injections. Medication should not be utilized as the only solution.

The initiative to curb prescription drug abuse, though well-meaning, has placed an even greater burden on the already-strapped mental health services available through the VA. In 2013, the VA launched a major recruiting effort to add over 1,600 mental health professionals nationwide. With a steady amount of veteran suicides each day, many would argue that the VA mental health care system still lags far behind the overall veteran need. As for alternative therapies, only 52 out of 153 VA hospitals provide chiropractic care and even fewer provide acupuncture. Though the VA has no solid numbers on veterans’ use of heroin because it is an illicit drug, the crackdown on prescription drug abuse has forced many civilian pain patients to seek heroin as a method of controlling pain and there is substantial anecdotal evidence that many veterans have followed suit.

The answer to these devastating healthcare issues is not more knee-jerk mandates or restrictions, but to increase veteran access to mental health services, alternative therapies, and interventional pain management options immediately. This might mean expanding the VA healthcare network to include existing civilian practitioners already adapted to the needs of chronic pain patients. Access to reputable substance abuse treatment programs, whether these programs are in the VA healthcare system or not, is also imperative to reducing accidental and intentional prescription drug overdoses among veterans.

The VA can no longer afford to launch these well-intended yet clumsy programs at the expense of veteran welfare. The nature of military services can translate into a lifetime of physical and mental pain for veterans. It is time for the VA to be an asset to depend on for veterans suffering from chronic pain, PTSD, and substance abuse disorders even if the answer to the issue lies outside the VA healthcare system.