It’s Time For Americans To Own This Country’s Problems

I had the privilege of interviewing award-winning author and filmmaker Sebastian Junger a couple weeks ago, and something he said... 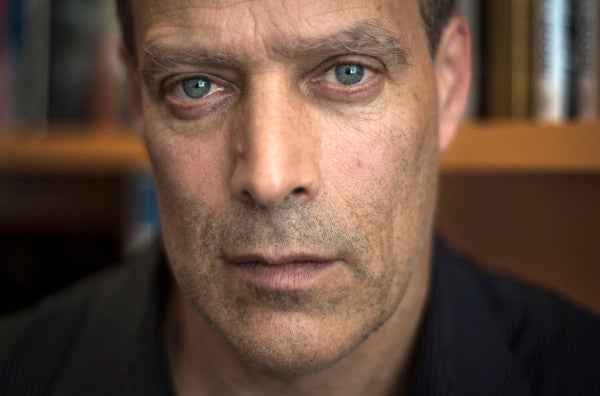 I had the privilege of interviewing award-winning author and filmmaker Sebastian Junger a couple weeks ago, and something he said stuck with me. He talked about ownership. Junger has reported on conflicts all over the world, including the war in Afghanistan. When I asked him about the civilian-military divide, he said this:

I don’t think soldiers expect citizens to fully understand war, but they have the right to expect that we all own our national decision. It’s not the soldier’s war; it’s our war. Even if some of us disagree with it, it’s still our war. That’s what soldiers have a problem with; they want us to take ownership.

Wars are byproducts of our social contract. So are environmental disasters, global warming, a broken Veterans Health Administration, staggering debt, all of it. The toxic political culture and broken federal government that exists in America today is something we all have to take ownership of. Perhaps the most troubling symptom of that culture is the widespread proliferation of fear and anger that has driven some Americans to manifest those attitudes in the form of violent acts of domestic terror. Certainly that type of behavior is not the norm in America, but it is the logical extreme of a certain sect of the American right-wing that demonizes government as a means of masking its own intellectual sloth. Simply put, the problems America and the world face today require more imagination, creativity and compromise than our political system and people seem willing to muster.

C.J. Werleman recently wrote in Alternet, “The health of a democracy is dependent on an educated citizenry. Political illiteracy is the manure for the flourishing of political appeals based on sheer ignorance.”

This is a description of the United States in the second decade of the new American century. Our politics are a tired ideological tit-for-tat where the pursuit and preservation of power supersedes the needs of a spiritually longing nation. This is not to say this is a novel phenomenon. It is merely a fact. Refusing to participate in this democracy and devote some form of positive engagement to the political process is an abdication of the very principles we Americans value most. We cannot surrender to our cynicism, and we cannot allow ourselves to be manipulated by those in power who benefit from a polarized electorate.

We spend so much time arguing about the past and our national identity that we seem almost oblivious to the fact that the world is changing around us. It is growing ever more connected, intertwined, global. Systems of power and human institutions are evolving at a staggering rate, and we often lack the collective knowledge or will to deal with these changes efficiently. We’re still arguing about the systematic elimination of personal privacy that’s taken place over the past decade as if it can be stopped, as if there is a magical emergency brake. Make no mistake. We did that. We voted for the Patriot Act after 9/11, and we’ve voted for it many times over since then. We succumbed to our fear and our anger in the first year of the new American century, and we still haven’t recovered. We’ve violated our most sacred principles and compromised our values as a nation. We did these things, and we will keep doing them unless we can find some type of national unity. Unless we can take ownership.

The sad fact of our modern system is we have legislators who act in favor of political expediency — or the appearance of promoting good governance while failing to adequately address the macro-level complexity of the issues we as a nation are faced with. This phenomenon was summed up poignantly in an exchange between Jon Stewart and government-reform advocate Philip K. Howard on the June 9 episode of the “Daily Show.” Howard likened the federal government to “a vast vat of legal quicksand,” and Stewart followed with this question:

But is there no process in place where common sense … VA is an excellent example. So there’s a huge backlog, they decide to incentivize quicker wait times at the local [VA hospitals] while increasing the number of benefits available to people and clearly increasing the number of people who need treatment through two wars. Does anyone have a macro view of that and think, “Oh those are all at-cross purposes; we’re never going to be able to accomplish that?”

The problems we are facing right now — a destabilized Middle East, climate change, man-made environmental disasters, the increasing consolidation of wealth and power in the hands of the financial elite — are all very real and complex, and the they are all connected. This fact was succinctly articulated by Marine Corps Times Managing Editor Geoffrey Ingersoll in an op-ed published June 20:

Though secondary to the nature of war, let’s be honest, too, about our ideology. It is twofold. One, America does not accept a centralized and inefficient energy system in an oil-rich region when oil is integral to our national security and stability. Two, we simply will not tolerate the type of extremist agenda and governance offered up by radical Islam. Whether you agree or disagree, these ideologies are legitimate because they are largely recognized by the American government, which represents Americans and controls the military.

This is what it means to take ownership in America. If you drive a car or drink out of plastic bottles, or use and proliferate any of the plastic wares that are ubiquitous in our petroleum-based economy, you are complicit in this system you decry, regardless of where your anger is directed within the American political machine. And your anger is not enough, America. Your critical thinking, positive engagement with your countrymen, and valuable contributions to the cause of rebuilding America are necessary right now. Our counterinsurgency and nation-building experiments of the past decade should serve as grim reminder that America’s military power, as mighty as it is, is not a geopolitical fix-all.

No one knows this better than those who have done the fighting and sacrificing in Iraq and Afghanistan — the men and women who are all too painfully aware of the complexity involved in pacifying an insurgency and building a Western-style democracy from the ground up. They are alienated by the feeling that the 98% of Americans who haven’t served have a severely diminished sense of how to work together toward the common good. A spiritual bankruptcy exists in America’s disunity, and modern veterans know better than most that if we retreat from the political stage on an individual level, if we succumb to the politics of fear and anger that got us to where we are, we are going to find ourselves suffering dire consequences in the long run.

America needs unity right now, and the first step toward unity is taking ownership. I hope we can do that before a national tragedy forces us to.

Ethan E. Rocke is a freelance journalist in Portland, Oregon. His work has appeared in the New York Times online, USA Today and Business Insider. He is a veteran of both the Army and Marine Corps.