It’s Time To Drop The Ban On Transgender Troops

Last year, a former Navy SEAL known as Christopher Beck came out as Kristin, a transgender woman, after 20 years... 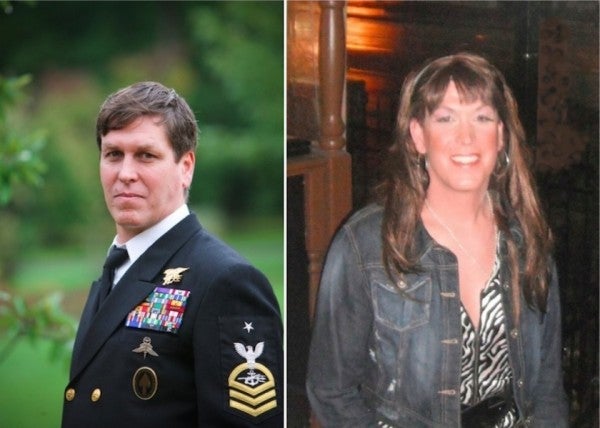 Last year, a former Navy SEAL known as Christopher Beck came out as Kristin, a transgender woman, after 20 years of service in one of the most demanding, courageous, and tightly knit military units on earth. In a June 2013 interview with Anderson Cooper, Kristin articulated the effect of the U.S. military’s ban on transgender service: A life in the shadows, constantly suppressing one of the most fundamental aspects of her identity for fear of the shame, humiliation, and punishment associated with being discovered. In 20 years, she says, “no one ever met the real me.”

Transgender people — those who identify as the sex opposite that of which they were born — are banned from serving in the U.S. military in any uniformed capacity. Nevertheless, a recent estimate by the Williams Institute suggests that 15,500 transgender individuals are serving in silence. If a transgender sailor can serve 20 years in SEAL Team Six with combat deployments in Bosnia, Iraq, Afghanistan, and “all over Africa,” earning a Bronze Star with a Combat “V” among other personal awards, a categorical ban on transgender military service is laughably out of touch with reality. At least 12 countries allow transgender military service, including close military allies Israel, Canada, Australia, and the United Kingdom.

The ban on transgender people in the service is a discriminatory policy based on a concept of “sexual deviance” that is not accepted in modern medicine. Since the turn of the decade, the Department of Defense has made significant progress integrating women, gays, lesbians, and bisexuals into its ranks. It should continue this progress toward equal opportunity by lifting the ban on transgender service. Only when every qualified person can serve in any position without respect to arbitrary cultural norms can the U.S. military say that it is fully professionalized.

Up until August 2014, the ban on transgender military service was supported by two regulations that have slightly different medical justifications. The first component required the involuntary separation of service members who were found to have any one of a list of “congenital or developmental” defects that lumps transgender identity in with “mental retardation, homosexuality, unsanitary habits including repeated venereal disease infections and phobic fear of air, sea and submarine modes of transportation,” according to a Military Times report.

On Aug. 5, the DoD retracted this list and stipulated that such “defects” were grounds for separation only in cases when they “interfere with assignment to or performance of duty.” However, since the military branches have yet to bring their own policies into compliance, the estimated 15,500 transgender service members must continue to serve in silence or risk separation.

The second component of the ban prohibits transgender from entry into service (accessions) on outdated physical and psychological grounds. Under the DoD medical standards for appointment, enlistment, or induction instruction, sex reassignment surgery for both men and women is considered a disqualifying “major abnormality or defect of the genitalia” even though medical advancements have greatly minimized the health risks of these procedures.

Regardless of whether a transgender individual has undergone surgery, his or her mere identity is coded as a “psychosexual condition” under an international classification system. This classification system is used by the Pentagon to justify the accessions ban even though the World Health Organization has called for the system to “abandon a psychopathological model of transgender people based on 1940s conceptualizations of sexual deviance and to move towards a model that is … more reflective of current scientific evidence and best practices.”

Furthermore, the manual of the American Psychiatric Association — the gold standard for mental health diagnoses in the United States — rejects the framing of transgender identity as a disorder or health risk. In its most recent edition, the manual replaces the term “Gender Identity Disorder” found in its previous editions with “Gender Dysphoria,” which refers to the distress caused by feeling the identity of the opposite sex with which one was born.

Critically, not all transgender persons experience dysphoria because it is largely a result of “societal norms that disapprove of transgender identity and expression.” Dysphoria is treatable with counseling, hormone therapy, and sex reassignment surgery depending on the needs of the individual. Psychiatrists now know from experience that transgender individuals who are accepted by themselves and by their social support network can live safe, productive lives.

Transgender identity is rare, to be sure, but it is well within the range of healthy human experience. It does not have any implications for an individual’s professional conduct; its behavioral implications are primarily in the realm of sexual and romantic relationships. These relationships should not be the military’s business as long as they are safe and consensual.

The Department of Defense should lift the ban on transgender service in the following ways: First, it should issue guidance to the military branches clarifying that the recent changes to its separations policy allow the retention of transgender service members except when individuals are “unable to reasonably perform duties of his or her office, grade, rank, or rating,” and that the branches should update their own regulations to reflect this change as expeditiously as possible.

Second, DoD should update its accessions policy by rescinding the ban on entry of transgender people into military service.

Since people are the lifeblood of any functional organization, military personnel policy is no place for anachronistic science or harmful medical practice. And as the DoD has already acknowledged in the case of homosexul, bisexual, and women service members, gender discrimination has no place in a public institution of the United States. Those who serve and those who wish to serve deserve humane care, equal opportunity, and fair treatment.