“If you want this, you will have to compete for this slot all over again.” 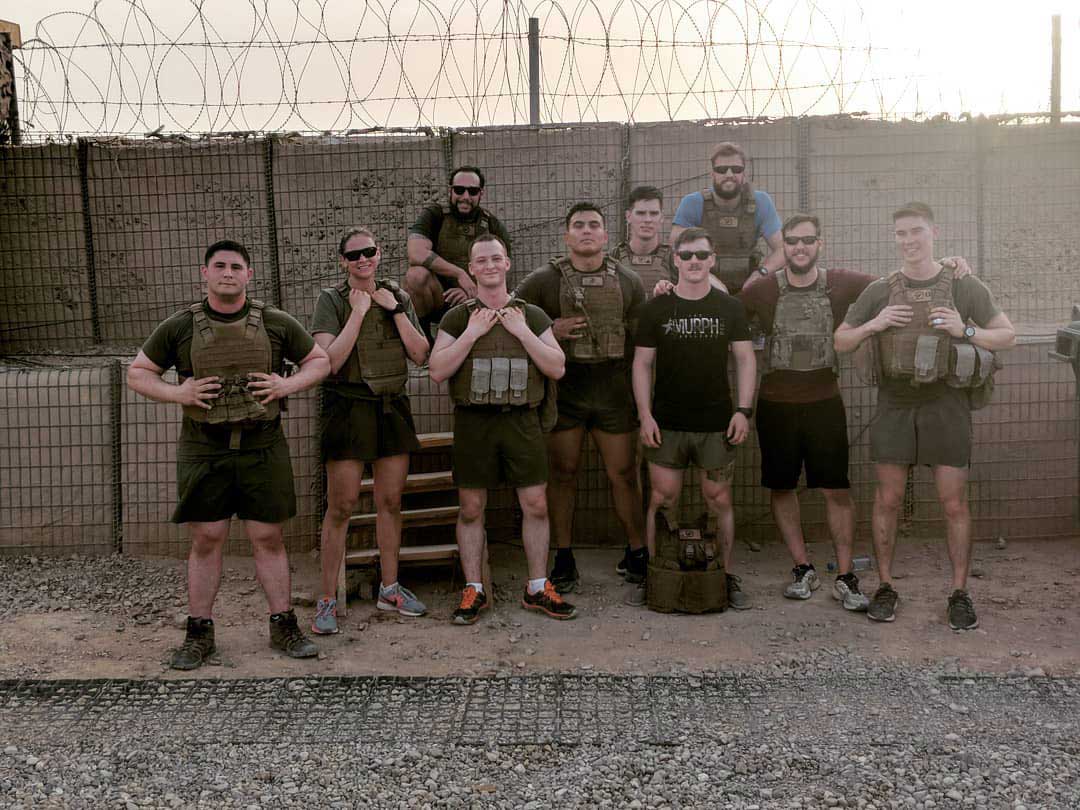 As I sat in a 20-meter-by-5-meter metal box in Djibouti, the lights flashed and went out. A generator must have blown again—a common occurrence made worse by temperatures exceeding 110 degrees. Luckily, my computer screen stayed on. Sweat dripped down my face and blurred my vision as I squinted to make out the figures sprinting across the sand, and more importantly, to translate the staccato Arabic notes coming from the audio feed. Aircraft screamed off the runway nearby, rattling my metal cage as I struggled to concentrate.

Deciphering the content on the screen could decide my fate for the next two years.

But as I struggled to keep up, Simba and Pumbaa froze on screen. Lost connection! I swore loudly and slammed my computer shut. I had been watching an Arabic-dubbed copy of Disney’s The Lion King, but the Wi-Fi had timed out shortly after the power. My frustration mounted as I was already struggling in my translations: I still couldn’t figure out why a warthog, a meerkat, and a lion were all hanging out in the jungle together. I checked my watch: midnight. There was no way the internet would be up in time for me to complete my Arabic lesson for the day. As my Language Proficiency Test date loomed, I was feeling the pressure. This would all be worth it, I told myself, if I could just get to Iraq.

My Iraq preparation journey began with four months left in my deployment to Spain and Africa in 2016. My desire to deploy to Iraq included many of the reasons common to young officers: I had commissioned in the Marine Corps yearning for the opportunity to lead on a combat deployment, but after the drawdowns in both Iraq and Afghanistan, I had accepted the likelihood that I had missed my chance. I felt an odd variant of survivor’s guilt for failing to serve in the wars that many of my Marines had volunteered for and served in while I had been in college.

Like many of my peer junior officers, I had entered my unit as a novice surrounded by enlisted Marines hardened by two different combat theaters, and I was somehow supposed to lead them. I wanted to do my part; I had joined the Marine Corps to help others, and a combat zone seemed like the best place to do it. More selfishly, I also wanted to test myself in the toughest environment possible, with everything at stake, to see how I would perform.

A single underlying driver served as the root of all these different motivations: a desire for credibility.

As a captain on my high school hockey team, I trained all summer to ensure I could do the most pushups and run the fastest mile during our initial fitness test because I couldn’t fathom leading workouts without that credibility. As a college student aspiring to build a career in public policy and national security decades in the future, my decision to join the military was motivated by the belief that I wouldn’t be able to credibly lead without having served in the armed forces myself.

The trite but true statement—you can’t ask others to do something you aren’t willing to do yourself—formed the bedrock of my decision.

So, as the Iraq war raged on, I enrolled in Arabic. Then, as the United States drew down and Afghanistan heated up, I switched to Farsi, all with the belief that I would somehow be superior as an officer with an understanding of the language in the areas where U.S. troops were fighting. Looking back now, perhaps the operative word to describe my actions should have been “insecurity” rather than “credibility,” but nevertheless, a combat deployment represented another quest for credibility that I didn’t believe I could acquire in any other way.

But during my first deployment, I began to hear rumors: The rise of the Islamic State in Iraq and Syria had just spurred the deployment of additional Marine teams to Anbar Province, Iraq. There would be one slot for a Marine intelligence officer on the East Coast when I returned home. I vowed that I would be the one to fill it.

I threw myself into preparation. I had not encountered Arabic since college graduation. Despite studying the language, the rust had set in, and on my initial Defense Language diagnostic I scored “novice.” Novice would not cut it if I expected to serve as an adviser to an Iraqi officer. I consulted with the Marine intelligence adviser in Iraq, as well as my Marines, many of whom had previous language experience. They recommended immersing myself in Arabic through spoken word and dubbed movies.

In Djibouti, I loitered where the local nationals worked, trying to decipher the mysterious Djiboutian-Arabic dialect that the employees shouted across the aisle to each other. Every night, I scoured the internet and became a Disney expert: I found Frozen, Aladdin, and Pocahontas in Arabic on YouTube and watched cartoons until I had migraines. I studied the Defense Language curriculum for hours on end and saw progress: Diagnostic number two yielded an intermediate score.

All the while, I consumed everything I could about the Islamic State and Iraq. We had already been contending with ISIS in Libya during my deployment so I had a base to work with, but in my off time, I tore through paperbacks, including Joby Warrick’s Black Flags and Lawrence Wright’s The Looming Tower, to gain a deeper understanding of the group’s rise and Islamic extremism. I read every intelligence report from the CIA and the Defense Department about the Islamic State’s expansion into Mosul, Iraq, and its fiefdom in Raqqa, Syria. I even (foolishly) skirted FBI and DHS firewalls to closely watch propaganda videos on jihadist forums, attempting to identify fighter weaponry and gain a grasp of the colloquial Iraqi-Arabic many of the fighters used, which, oddly enough, hadn’t made its way into the dubbed version of The Lion King. As the Islamic State mounted atrocities in Syria and Iraq, I felt more pressure to do my part.

I also doubled my physical training to try to get the highest fitness score possible. Summertime temperatures in Spain and Djibouti regularly exceeded 110 degrees; I ran during lunch to acclimate my body to the heat, hoping that it would give me an advantage during my fitness tests taken in the relatively cooler early morning. Every week, my unit ran an optional fitness test for score. Every week, I attempted to add pullups and shave seconds off my run time—invariably vomiting after I crossed the finish line. When my supervisor asked me why I was running the fitness test for the third week in a row, I explained that I needed to do everything I could to get to Iraq, and that this slight edge might push me over the line. He seemed a little alarmed by my neuroticism.

Related: ‘You either went to war or you didn’t’ — How deployments divide the veteran community

Shortly before we returned to the United States, things began to come together: Fitness test number six was the magic number for me as I ran under 19 minutes for the three mile for the first time since entry training. As the deployment concluded, I received the highest award among the junior intelligence officers in the regiment for my performance and was nominated for 2nd Marine Division intelligence officer of the year. After a final night of Disney review, I took the Defense Language Proficiency Arabic test. My paltry novice score had increased to an advanced over the previous three months. I was on par with graduates who had participated in the immersion program at the Defense Language Institute. Most importantly, I could speak conversationally with a native Arabic speaker.

I thought I was in the lead for the slot.

Shortly after we returned, my supervisor called me into his office to discuss future assignments. He and I had discussed my dreams on multiple occasions; I trusted him and knew that he was willing to go to bat for me regarding Iraq. I was nervous but excited.

My heart dropped. He kept talking. I barely listened. I was in shock. It turned out that the assignment had been cut from our division the week prior. I felt my one real chance to make a difference and serve in a combat zone slip away. He mentioned other options: a sniper platoon with a battalion, or my own chance to serve as an intelligence officer with a unit preparing to deploy to the Mediterranean. Meanwhile, I was still coming out of a daze when I caught his last word: Afghanistan.

“Wait, say that again?” I stammered.

He said there were murmurs that the Marine Corps would return to Afghanistan and planned to deploy a handpicked task force from North Carolina to support the Afghan government. It would be the “Wild West,” and he could not guarantee that I would even be assigned for the deployment.

My Arabic would not give me an advantage: The Afghans in Helmand spoke Pashto. “It’s your call,” he told me. “If you want this, you will have to compete for this slot all over again.”

Guess it’s time to find The Lion King in Pashto, I thought to myself.

Nathan Lowry is a former Marine Corps ground intelligence officer with operational experience in Afghanistan, Africa, and Europe. His writing has recently appeared in the U.S. Army War College’s online journal, War Room. He graduated from Cornell University in 2013 and is an incoming member of Harvard Law School’s class of 2024.