UNSUNG HEROES: The ‘Real Heroes’ Of The Battle Of Wanat 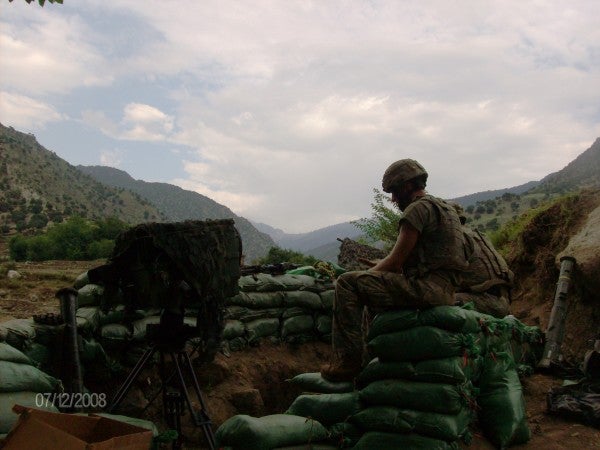 Earlier this week, former Army Staff Sgt. Ryan Pitts became just the ninth living recipient of the Medal of Honor, the nation’s highest award for valor, at a ceremony at the White House.

Pitts was the hero of a legendary 2008 firefight called the Battle of Wanat, wherein an observation post and a vehicle patrol base manned by U.S. Army paratroopers from the 2nd Battalion, 503rd Infantry Regiment, 173rd Airborne Brigade Combat Team was attacked in the early morning hours by more than 200 insurgent fighters.

Pitts, a forward observer, was wounded by shrapnel in his arms and legs, and was sure he would die. But he mounted the machine gun and returned fire to beat back the tide of enemy militants.

“That little post was on the verge of falling, giving the enemy a perch to devastate the base below,” President Barack Obama said at the ceremony Monday. “Against that onslaught, one American held the line.”

With the help of his fellow soldiers, Pitts returned fire and called in air support to repel the advance and prevent the enemy from taking the bodies of the fallen soldiers.

It was one of the finest displays of valor in the past 13 years of intense warfare. But as 28-year-old Pitts said himself in a notably brief statement at the White House, “Valor was everywhere that day, and the real heroes are those who made the ultimate sacrifice so the rest of us could return home.”

A grateful nation thanks you for your service and sacrifice.