UNSUNG HEROES: The Lance Corporal (Now Turned Sheriff) Who Carried 7 Marines Out Of A Deadly Ambush 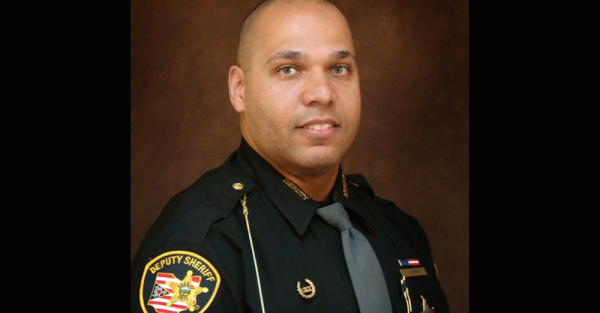 Exactly 10 years ago today, 32-year-old Marine Corps Reserve Lance Cpl. Todd Corbin hopped into the driver’s seat of a seven-ton truck to join a quick reaction force heading to the rescue of a platoon reportedly under fire near Haditha, Iraq.

Minutes later, the rescue force found itself embroiled in a devastating ambush of its own. A vehicle-borne improvised explosive device detonated in the middle of the four-vehicle convoy, followed by a volley of rocket-propelled grenades and machine gun fire.

Soon after the May 7, 2005, ambush began, four Marines were dead or fatally wounded, and several more were also hit and exposed to the continuing onslaught. “It was like all hell opened up — fires burning,” Corbin told NBC News.

Corbin, a motor vehicle operator with the 2nd Marine Division, steered his vehicle to block enemy fire from hitting many of the wounded, radioed the battalion for help, then dismounted to retrieve the casualties. He ran through intense enemy fire to his platoon sergeant, threw the wounded man over his shoulder, and carried him to the cover of his truck while firing his weapon with his free hand.

After that, there were plenty more Marines to carry out of harm’s way. The 16-man reaction force had instantly suffered 11 casualties.

Corbin’s citation for the Navy Cross, the second highest award a Marine can receive, explains what happened next:

He re-crossed the kill zone, made his way to his fallen corpsman, bound his wounds and began carrying him. As he began to move, the enemy engaged at close range and Lance Corporal Corbin threw himself on a wounded Marine and shielded him as friendly machine gun fire suppressed the enemy. Organizing Marines to suppress and repel the ambush, he then, on five occasions, ran through enemy fire, recovered dead or wounded personnel, and returned them to his truck.

Corbin risked his life to help his fellow Marines simply because he would expect the same from them if their roles were reversed. “It’s hard to describe,” he told Beliefnet about the heroic action, credited with keeping every Marine alive after the opening salvo. “The way I was raised is you always put yourself out for other people because there is going to come a time when you are down and are going to need someone to help you up. It is the core of my family values.”

By the time Corbin returned to the driver’s seat and pulled away from the ambush site, his truck had three flat tires and a bullet-riddled radiator. But all the wounded were safely inside, on their way to a battalion aid station five miles away.

After returning from his deployment, Corbin returned to his civilian job as a deputy sheriff with the Huron County Sheriff’s Office in Ohio, where he served as a sergeant today.

“After being in Iraq, I take one day at a time,” Corbin told Beliefnet. “I enjoy it to the fullest.”