As a result of the war in Bosnia-Herzegovina, an estimated 40,000 Bosnian refugees immigrated to St. Louis, Missouri, in the 1990s and early 2000s. Tech. Sgt. Muris Secerbegovic, 433rd Maintenance Group quality assurance inspector in the 433rd Airlift Wing here, was one of them 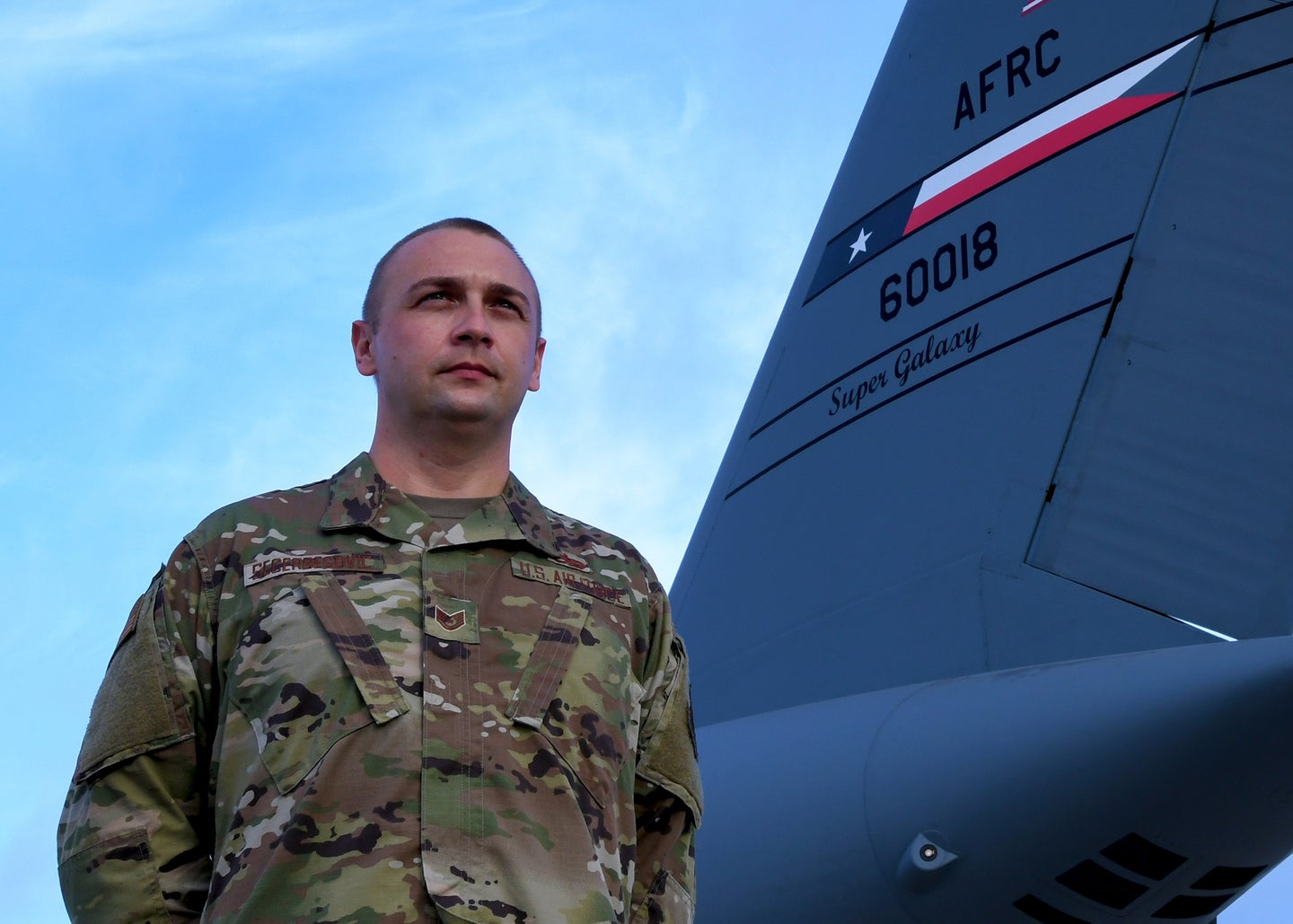 On August 6, 1992, the United States established diplomatic relations with Bosnia-Herzegovina following its independence from the Socialist Federal Republic of Yugoslavia; however, the country was in the midst of conflict.

Tensions between Bosnia’s Muslims, Croats and Serbs escalated into armed conflict early in 1992 as a result of the break-up of Yugoslavia, which began earlier in 1990.

The United States can be a land of opportunity for immigrants and refugees arriving from war-torn regions. As a result of the war in Bosnia-Herzegovina from 1992 to 1995, an estimated 40,000 Bosnian refugees immigrated to St. Louis, Missouri, in the 1990s and early 2000s.

Tech. Sgt. Muris Secerbegovic, 433rd Maintenance Group quality assurance inspector in the 433rd Airlift Wing, was one of them.

Born in the city of Banja Luka, Bosnia-Herzegovina, Secerbegovic and his parents faced heightened ethnic tensions in the early 1990s when the Socialist Federal Republic of Yugoslavia disintegrated.

As an eight-year-old child, Secerbegovic said he didn’t fully grasp the concept of the events unfolding around him, but he remembers watching news footage of tanks rolling in and military fighter jets in the skies.

According to Secerbegovic, his father, Mustaj, realized what was happening and in 1991 decided to relocate his wife and child temporarily to stay with friends in Croatia and ride out the civil unrest there.

“I remember the ‘straw that broke the camel’s back,’ so to speak, was when my father and I went to get gas,” Secerbegovic said. “It was supposed to be a quick trip, but we didn’t know fuel shipments had dwindled so much because of the tension. There was only one gas-station selling fuel, and the line was so long it took more than two hours. That was when my father knew it was time to go.”

Mustaj stayed behind for approximately eight months before joining his family in Croatia. The plan was to go back home after things settled down in the region, but unfortunately, that did not happen, Secerbegovic said.

As the Croatians, Serbs and Bosnians began their open conflict during the collapse of Yugoslavia, the Secerbegovic family found themselves refugees of civil war. They decided to leave Croatia in 1992 and journeyed to the border of Austria, where they were put in a refugee camp.

“We were only there for about a month,” Secerbegovic said. “There was a farmer who came by and offered his mother’s house to some refugees because the camp was getting too full. We were lucky enough to be chosen to stay at that house.”

The family’s new home was in a town 40 miles south of Vienna called Leithaprodersdorf, Austria, where they lived for the next four years.

While living in Austria, the family was offered the opportunity to immigrate to St. Louis, Missouri, in the United States. With the war still raging in their homeland, they decided to start the process to become U.S. citizens, according to Secerbegovic.

In 1996, the family began their journey to the United States. Secerbegovic said he remembered looking out of the window of the terminal at Frankfurt Airport, Germany, and seeing a giant, red and white Trans World Airlines Boeing 747 and thinking this was the largest jet he’d ever seen. He said this was when his fascination with aviation began.

When the family arrived at their destination, Secerbegovic said he couldn’t believe he was finally in America.

“The U.S.A. was just huge,” he said. “Everything was vast and grand. The highway system, with its bridges and underpasses were impressive. The cars were huge, just like what I had seen on Bosnian and Austrian broadcasts of American television shows. Now I was sitting in one.”

After graduating High School, Secerbegovic focused his dreams and ambitions on becoming an aircraft mechanic. He attained his Federal Aviation Administration Airframe and Powerplant License from Hallmark University in San Antonio, then started his aviation career at L3 Technologies, Inc., in Waco, Texas.

Secerbegovic said that one day he was working in a hangar with a canopy roof cover when he heard the sound of a Lockheed C-5A Galaxy flying overhead and watched as the whole hangar floor turned dark and then lit back up again.

“The aircraft’s shadow blocked out the sun,” he said. “I walked out to the flight line and watched the aircraft circling the airport, doing touch and go landings. Throughout my whole life, I wanted to give something back to the country, which had given me safety, freedom and endless opportunity. When I saw the C-5, I thought, ‘This is it!’”

Secerbegovic joined the U.S. Air Force Reserve in 2013 as a crew chief assigned to the 433rd AW, and a few years later, he decided to quit the private sector and work in the wing full-time as an Air Reserve Technician.

In his lifelong journey out of war and into a C-5 aircraft, Secerbegovic said he’s learned it takes discipline, motivation, and drive to achieve a dream, especially in aviation as a member of the military.

“Work can be very hectic,” he said. “As a flying crew chief, the flights can be long, and trips are more frequent than ever. I am just blessed to have a good, strong family to back me up, and without my superiors’ and mentors’ encouragement, I would never have made it this far.”

In January 2020, Secerbegovic was accepted for an Active Guard Reserve tour at the wing to perform quality inspector duties in aircraft maintenance and is slated to return to his ART position as crew chief after the tour ends.

433rd MXG QA Superintendent and Secerbegovic’s supervisor, Senior Master Sgt. Brian Gray, said due to his past experiences, Secerbegovic views life with a different perspective than most assigned to the section.

“In the midst of this COVID-19 pandemic, we find ourselves working longer days with fewer people,” Gray said. “He doesn’t ever seem to have a ‘bad’ day. Instead, he attacks any assignment or mission with a confidence and positive attitude unrivaled by most. Secerbegovic’s outlook on life is contagious, and without a doubt, it increases morale.”