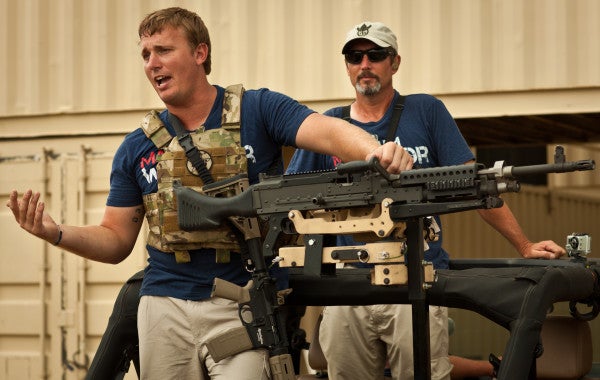 A new video released by weapons accessories company Surefire shows legendary Marine and Medal of Honor recipient Dakota demonstrate how to clear a house with a tactical shotgun outfitted with a Surefire light.

Meyer was awarded the Medal of Honor in 2011, becoming the first living Marine from the wars in Iraq or Afghanistan to receive the nation’s highest honor for gallantry in combat.

During a 2009 ambush near the eastern Afghanistan village of Ganjgal, Meyer risked great personal harm to evacuate the bodies of several fallen coalition and Afghan soldiers. He’s one of the biggest badasses in modern military history and obviously knows his way around a weapon.

Take this video for what it’s worth, as it’s clearly an ad, and Meyer isn’t much of an actor.

But it’s not everyday you get to see a Medal of Honor recipient clear a house with a tactical shotgun.