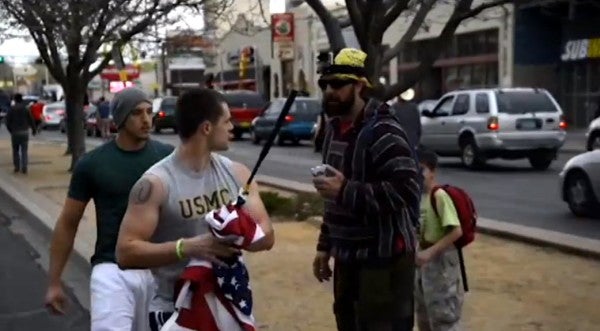 A video making the rounds online shows two men who were purportedly either veterans or active-duty members of the military chase after a motorcycle that was displaying the American flag upside down.

Displaying the flag upside down is a way to express distress. It is also used by people to make a lame political point. As in “Ooooh the nation is in distress because .”

Now, I certainly don't condone chasing after protesters, and I respect the first amendment right to say or express all sorts of dumb things, but the patriotism and motivation of these young men made me smile.

My favorite moment comes near the end, where one of the protesters tries to explain his cause to the men.