There Are Women Who Can Outperform Many Men In The Infantry. Get Over It

If you thought the Marine Corps gender integration study would end the debate on women in the infantry, then you’d... 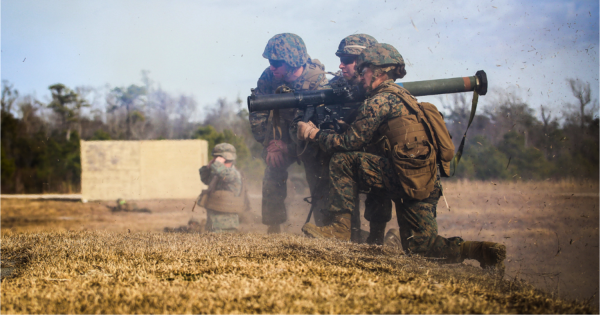 If you thought the Marine Corps gender integration study would end the debate on women in the infantry, then you’d be wrong. The debate is more contentious than ever. Those who have tried to question the study’s methodology have encountered anchoring bias: It doesn’t matter what’s true; it only matters what gets passed off as truth first. The headlines said that all-male combat units outperformed mixed-gender units; therefore, women should be kept out of the infantry. However, viewed from another perspective, the study’s data reveals that some women performed better than some men and it’s time the military community seriously consider those implications.

Dr. Anne Harrington wrote a great critique of the Marine Corps gender integration study, citing many of the same issues with the study’s methodology that I recognized as well. It took only minutes for the keyboard warriors to emerge in the comments to insult a Ph.D-holding researcher because “she’s a biased woman,” “she’s never seen combat,” and “her husband is ‘just’ an Air Force officer.” Did I miss any? Judy Patterson and Marcus Cunningham have also pointed out the study’s flaws, resulting in counterattacks like they’re “not combat arms,” “everyone who supports women in combat are just seeking advancement for their careers.”

In advance of the predictable counterarguments: I’m a combat arms officer who has led soldiers in actual combat at the small unit level; my former soldiers will attest to the fact that I placed myself at the decisive point of every operation. I’ve commanded a cavalry troop in combat and an infantry company. Apparently, to some, the point of view of anyone who hasn’t done any of that is worthless. I’m a man, for those who inexplicably assume that all women are biased on this subject. And I have no further career aspirations within the Army, not that I really buy into the argument that anyone around my rank and status would benefit from staking any sort of position on the issue.

In mid-2008 in Mosul, Iraq, my all-male scout platoon was required to bring a female soldier with us on certain missions for the purpose of searching local national women, if required. In the event we were in a building and separated the men and women for tactical questioning, she was to remain with the women with additional security, in order to demonstrate our cultural sensitivity to the Iraqi people. Cultural sensitivity is important to earning the trust of the locals, which leads to better cooperation, increased intelligence, and ultimately more effective action. However, even more important to the soldiers in that platoon is the ability to protect the platoon, bring the fight to the enemy, and make sure that if someone is wounded, they have the best possible chance of surviving.

Limited at four gun trucks per mission, five seats per truck, and at least a driver and gunner required to remain on the vehicles when we dismounted, my platoon could dismount at most 12 personnel. One was an interpreter who didn’t carry a weapon. That gave me 11 trigger-pulling dismounts at most, one of whom was the medic and the other, our female searcher. This low number required everyone to be able to pull their weight. Before our first mission with our female searcher, one of my section sergeants, along with the crew on the vehicle she would ride in, spent time explaining and practicing our battle drills and standard operating procedures with her — how we dismount, remount, formations, sectors of fire, our pro words, medevac procedures, etc. It didn’t work out well. On her second patrol with us, we were dismounted when we got a call to move as fast as possible to help secure a friendly unit that had hit an improvised explosive device. She could not open the armored door of her truck to get back in, requiring another soldier to dismount, run around the truck, open her door, hold it open while she got in, and then run back around the truck to get in. That event highlighted a physical inability that she couldn’t be trained to overcome in a short period of time. She was a great soldier, but her physical stature meant that she just didn’t belong in a unit that was frequently expected to make contact.

The story doesn’t stop there, but if I were the Marine Corps, it would. When it comes to critiquing the methodology of the study, the data collection and measures appear to be relatively sound. But the study sample has major flaws that render it useless, assuming its primary intent was justifying the continued closure of combat jobs to women. The most significant factors contributing to the differences in performance are size and strength; this was even acknowledged within the official report. Media coverage of the study described the disadvantage of the average female Marine’s physical stature, even while acknowledging that male Marines who were below average weight and strength were equally unsuitable to the task, but permitted in the infantry nonetheless. Even the study acknowledged the difference in weight, with men averaging 178 pounds and women 142. We can recognize this physiological difference between men and women without being sexist; in fact, we have to if we want to make the case for gender integration because a more valid methodology would have controlled the female sample selection to include only those female volunteers with size and strength that would be more mathematically comparable to their male counterparts.

The study acknowledged that in terms of anaerobic power, the top 25% of female Marines overlapped with the bottom 25% of male Marines; and in terms of both anaerobic and aerobic capacity, the top 10% of women overlapped with the bottom 50% of men. That sounds, without much analysis, to be a golden talking point for naysayers, but here’s the bottom line: At least some women had more anaerobic power, anaerobic capacity, and aerobic capacity than some men. This automatically indicates, almost without any other analysis, that there are absolutely some female Marines who are more qualified, based on their strength and endurance, to be in a combat job than some male Marines. Mathematically it means that of the 300 male Marines in the study, there was at least one woman who had greater physical strength than 75 of them and greater endurance than 150 of them.

The study reported performance in terms of percentiles rather than means and standard deviations, which can falsely give the impression of significant variance when, in fact, it could be statistically possible for many of the women’s scores to fall within one standard deviation of the male mean, even if they seem weak on a percentile basis. In other words, there absolutely were at least some female Marines who outperformed the weakest male Marine, but under current rules, that weakest male Marine still gets the job, only by virtue of his gender, despite more qualified (female) Marines for that job.

The Marine Corps study summary included a quotation from the 1992 Presidential Commission on the Assignment of Women in the Armed Forces: “A military unit at maximum combat effectiveness is a military unit least likely to suffer casualties. … Risking the lives of a military unit in combat to provide career opportunities or accommodate the personal desires or interests of an individual, or group of individuals, is more than bad military judgement. It is morally wrong.” No arguments from me. But it seems that risking the lives of a military unit by selecting weaker men over stronger women runs counter to this point.

It’s worth speculating about the motivations of those who have so loudly denounced the efforts to fill critical positions with the most-qualified Marine regardless of gender. This group is generally split into two potentially overlapping factions: Those who are worried about lower standards, which I think includes the majority of retirees and veterans, and those who are, quite frankly, a little insecure.

After more than nine years in the combat arms, I’ve observed one particular type of soldier who is the first to try to haze or initiate newcomers to the unit. There is one particular type who will take extra time and effort to try to erect artificial barriers to group membership. It is always the most insecure soldiers, the ones who through reluctant self-awareness know that they would be one of the first to be replaced should a more competent and able individual arrive.

The highest performers don’t care as long as the newcomer can do the job. In fact, from a life-or-death perspective, the high performers simply want the best people on the team; I don’t support gender integration because I want to be politically correct or because I think it’s “fair;” I support it because I know that there are outstanding female soldiers, noncommissioned officers, and officers (including some cadets) who could be better than some of the men we currently have serving in those branches and I want to put the best team out on the field.

We already know that the average man will outperform the average woman in terms of strength and endurance, mostly stemming from an advantage in lean body mass and minor physiological differences. But that is absolutely worthless in comparing the above-average woman with the below-average man, who is still fully qualified to be an infantryman simply by birthright. And that should actually provide comfort to those retirees and veterans who are concerned about lower standards. When you expand your pool of available and qualified candidates, you will experience an increase in standards. We saw the same effect after we ended the practice of racially segregated units, against many similar counter arguments. Those physically and mentally weaker men holding combat arms positions by virtue of their gender will be replaced by more qualified women.

Flash back to Mosul in 2008 and after thanking our first female searcher for volunteering, but sending her back to her job servicing weapons in the armament shop, we welcomed a new female soldier who was bigger and stronger and had absolutely no issues doing anything the rest of the all-male scout platoon was expected to do. She quickly became an asset to the platoon, accomplishing feats that we would not have otherwise been able to do without her, like building rapport with women in the neighborhoods and villages we controlled and conducting effective questioning to get extra intelligence during raids. She conducted kinetic operations and I came to implicitly trust that her sector was covered as well as that of any of my other soldiers.

It’s time to ignore what reproductive organs we were born with and start being more concerned with what amount of lean muscle mass is required to perform a certain task, what height is required, what kind of aerobic power and capacity is required, and then test for those things at basic training before assigning occupational specialties, rather than contracting for a certain specialty before one may have held a rifle.

The most important finding to come from the study is the realization that each specialty needs to have certain standards, both physical and intellectual, that have nothing to do with gender. If the infantry standard is set so high that not a single woman can achieve it, that is perfectly acceptable. That is, so long as we’re prepared to disqualify more than half of the men who want that job as well.