Are Women In The Military Being Denied Equal Access to Health Care?

Military servicewomen are being denied the right to adequate reproductive and sexual health care that they have fought and died... 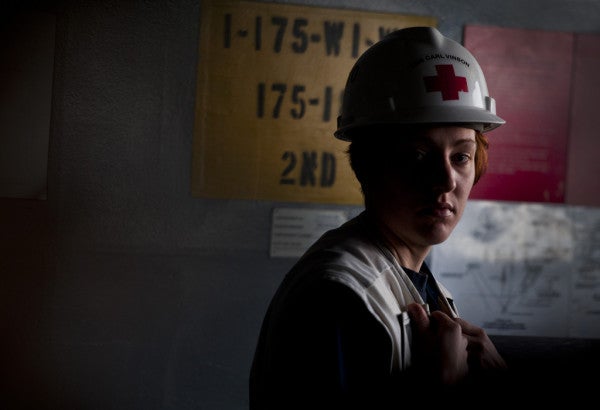 Military servicewomen are being denied the right to adequate reproductive and sexual health care that they have fought and died for, a new report says.

The report, released in late July by the Center for American Progress, raises questions about whether servicewomen are truly treated as equals in the military. It portrays a military health care system with gaps that “are not only unfair and unjust, but … also costly, inefficient, and counterproductive.”

The report acknowledges that most of these gaps result from laws and policies that the military is required to follow. However, military culture also poses barriers to servicewomen’s health care.

The barriers to care “range from inconsistent gynecological care to inadequate access to family-planning methods to serious invasions of privacy.”

For instance, coverage of contraceptive care is incomplete and subpar compared to the coverage legally afforded to civilian women under the Affordable Care Act. Forms of contraception that require the least frequent application — such as Depo-Provera, the Nuva Ring, and intrauterine devices — are not required to be carried by military installations. This greatly increases the difficulty of maintaining contraceptive care during military deployments, when servicewomen may be subjected to chaotic work schedules, a relative lack of hygiene opportunities, and sparse treatment facilities.

In one anecdote, servicewomen were instructed by commanders to purchase their own contraception through the private health care system prior to deployment, only to find that their prescriptions could not be refilled overseas.

Cultural beliefs, namely the outdated presumption that service members will remain abstinent during military service, also obstruct access to contraceptive coverage. Despite a sexually transmitted disease rate seven times higher than the civilian population, servicewomen fear that they will be labeled promiscuous or accused of violating regulations against sexual activity if they request or are found in possession of condoms.

The report slams abortion policy as “the most systematically restricted form of reproductive and sexual care in the military.” Under current law, abortions are banned on military facilities except in cases of life-threatening complications, rape, and incest. In all other circumstances, servicewomen are denied access to abortion services including counseling, even if they are willing and able to pay out of pocket.

The consequences of this restriction are made worse by the military’s ongoing struggle to stop retaliation against reporters of rape and sexual assault. In the absence of life-threatening complications, servicewomen are denied access to abortion services unless the pregnancy results from rape or incest. But in order to seek an abortion in the narrow exception of rape, a servicewoman needs to be willing to report the rape.

Military abortions are further restricted by foreign policy. Since the era of President Richard Nixon, U.S. policy for overseas bases has been to follow the abortion laws of host countries. For thousands of servicewomen stationed in conservative countries, the only options are to request an immediate flight to the United States, take self-inducing abortion medication, or seek an illicit abortion.

In 2008, the lack of information, contraceptive care, and abortion services contributed to a military pregnancy rate 50% higher than the rate in the civilian population. The report cautions that this high rate of unintended pregnancy, combined with stigmas against sexual activity, pregnancy, and abortion, incentivizes servicewomen to seek dangerous illicit abortions.

The cost of these policies to the military is unclear. The report mostly relies on logical inference to support its claim that restricting reproductive and sexual health care makes the military less mission effective.

It also recommends several measures to Congress and the military to close the gaps in care. Some of the recommendations urge Congress to pass existing legislation.

The Access to Contraception for Women Servicemembers and Dependents Act, introduced by Sen. Jeanne Shaheen, a Democrat from New Hampshire, would ensure that “a broad range of methods of contraception approved by the Food and Drug Administration” are provided to servicewomen free of charge.

The MARCH for Military Women Act, introduced by Rep. Louise Slaughter, a Democrat from New York, would lift the ban on abortion services in military facilities.

Removal of the chain of command’s authority to decide whether to prosecute sexual assault cases would help ease the decision of service members of both genders to report rape and sexual assault. Although the report does not name specific legislation, companion bills introduced by Sen. Kirsten Gillibrand, a Democrat from New York, and by Rep. Dan Benishek, a Republican from Michigan, would transfer this authority to independent military prosecutors.

The report also urges the military to provide timely gynecological screenings and follow-up care for deploying servicewomen, comprehensive contraceptive counseling to male and female service members, and “fair and reasonable accommodations” to servicewomen who choose to carry their pregnancies to term, among other recommendations.

The report comes at a critical juncture in military personnel policy. More than 11% of veterans of the recent wars in Iraq and Afghanistan were women, illustrating the need for equality in comprehensive health care. The pending integration of women into the military’s combat arms will add further complexity to the challenge of meeting the health care needs of a modern force. By January 2016, more than 200,000 new positions may open to women in occupations that tend to deploy in the most austere conditions with irregular access to medical care.

To ensure the development of a motivated, resilient, and healthy integrated military, Congress and the Department of Defense should implement the report’s recommendations.

Jason Lemieux is a legislative fellow in a Congressional office. In 2013, Jason earned his Master of International Affairs at Columbia University. Before that, he served five years in the U.S. Marine Corps infantry.

Update Aug. 22, 2014: This article previously incorrectly stated that forms of contraception that require the least frequent application — such as Depo-Provera, the Nuva Ring, and intrauterine devices — are not covered by TRICARE, the military’s health insurance plan. It has been corrected to reflect that military treatment facilities are not required to carry several kinds of contraception, including these listed.