Editor’s Note: Two goals of Task & Purpose are to offer veterans and military community members a place to articulate … Continued 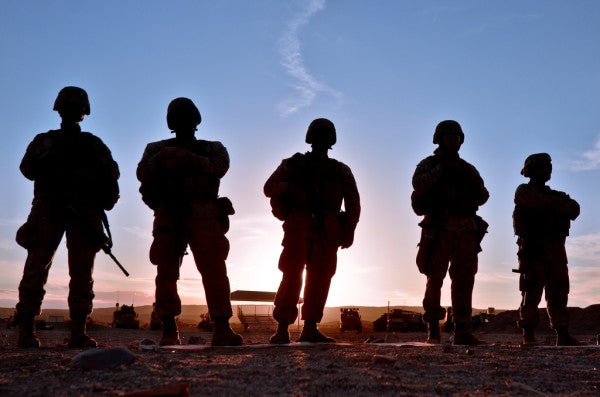 Editor’s Note: Two goals of Task & Purpose are to offer veterans and military community members a place to articulate their voices and to counter the skewed narratives surrounding veterans that often dominate the mainstream media. Therefore, in recognition of June 27, PTSD Awareness Day, we asked our contributors to share some words of wisdom that shed some light on the myths surrounding post-traumatic stress. To each contributor, we posed a simple question, “What is one bit of information about post traumatic stress that you think civilians and/or employers should be aware of?”

Related: This Marine vet overcame his PTSD and rediscovered his sense of purpose.

“There are three things you should know about PTSD. First, not all veterans have PTSD. Second, not everyone with PTSD is a veteran — in fact, veterans make up only a small portion of those who are diagnosed with PTSD. And third, those who get help for PTSD usually go on to live happy, fulfilling, productive lives.” —Crispin Burke

“Seeing death and destruction blow up in front of you affects everyone in a different way. Keep your head together, seek treatment if you can get it, and drive on. It will get better if you let it.” —Stephen Carlson

“Depending on your reaction to it, trauma can powerfully open the door to deep empathy for others.” —Lydia Davey

“As a society, we're thankfully becoming less tolerant of prejudice in general. It's unfortunate that PTSD is becoming one of the last things that people feel alright discriminating against. Admitting one has a problem isn't a weakness. It's a strength.” —Carl Forsling

“We all — not just veterans — fight invisible battles. Some have scars from combat, some from other rough patches. Nobody has a greater appreciation for life, the world, and the people in it than someone who has faced losing everything.” —Anna Granville

“PTS is an inaccessible term. It does not evoke emotions that are familiar to us. Often in war, the very best of our country are forced to make decisions with tragic consequences or a close friend is lost. The result can be traumatic levels of grief, guilt, and shame. Suffering is therefore not the result of fear, but the direct result of the high standards held and deep love felt. Those are exactly the type of people you want on your team, those who live bigger than themselves.” —Zach Iscol

“Modern veterans are less likely to commit violent crimes than their civilian counterparts. In typecasting and mythologizing these young men and women, who raised their hands to wage incredibly complex wars in the spirit of America’s security, the media is jeopardizing the future they risked everything for.” —Brian Jones

“PTS (no D) is perfectly normal. Most ‘normal’ people would be a little traumatized and saddened from witnessing such human carnage. PTS just means that you are a perfectly functioning human who cannot simply walk away from witnessing human suffering without it bothering you a little. If a person felt absolutely nothing from witnessing human suffering, I would argue that is perhaps more worrying than a person working through PTS. Let us get away from the ‘suffering’ concept. As General Mattis would say, this makes us stronger and more compassionate to our fellow humans.” —Mario Mangiameli

“Is it a correlative or causative relationship that veterans with PTSD have a greater chance of being fired from their job than the rest of the population? It’s easy for employers to blame PTSD for negative behavior in the workplace; its negative perception is a known value.” —Rick Schumacher

“Many health officials I've interviewed advocate for dropping the ‘disorder’ and referring to the condition as post-traumatic stress. As one psychiatrist explained to me, when you break your leg, you don't have a ‘bone disorder.’ Post-traumatic stress is a natural reaction to a harrowing event. We need to drop the stigma of labeling it a ‘disorder’ and treat it for what it is.” —Andrea Signor