10 Lies Troops Use On Their First Sergeants

The job of first sergeant, or “top sergeant” as it was once called, is perhaps one of the most rewarding... 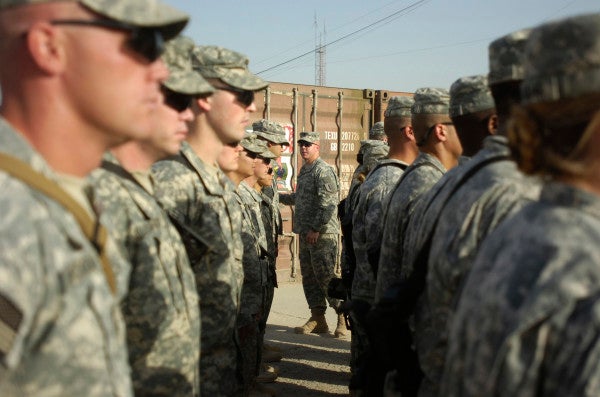 The job of first sergeant, or “top sergeant” as it was once called, is perhaps one of the most rewarding positions for enlisted personnel in the Army. The first sergeant is the arbiter for all enlisted-soldier matters within the company. He or she is the senior noncommissioned officer of the company, with considerable influence over the unit’s culture.

While this is very rewarding, it also means that the first sergeant has to deal with all disciplinary issues within the company. As such, first sergeants have to listen to some of the most outrageous lies ever to come out of the mouths of the junior enlisted. From my own experience and in talking with first sergeants, here are some the “greatest hits” of lies told to the first sergeant.

1. “No, I didn’t smoke the weed, I was just in the room when some people happened to be walking by smoking it.” Sure, the poor soldier somehow managed to get those people to walk by 20 times so that he could get that level of THC in his blood.

2. “My mustache is outside the regulations as prescribed by Army Regulation 670-1? I didn’t know there was a regulation for mustaches.” That soldier probably also doesn’t know there’s a regulation that stipulates the amount of Axe body spray he is using now classifies him as a chemical weapon.

3. “Her? In my room during health and welfare? I don’t know where she came from.” Nor does this soldier know why he has a package of condoms in his hand.

4. “The doc says I am pregnant? But that can’t be, I’m a virgin!” Our battalion physician literally witnessed this conversation.

5. “Um, I’m not wearing my eye protection because my dog ate them.” Troops are great at losing things. Not so great at the explanations under pressure.

6. “So you see, first sergeant, I got a DUI because the cop doesn’t like troops.” Bad answer, because Top’s dad was probably a cop.

7. “First sergeant, I was late to formation because of ice in the road. Yes, I know it’s July.” The mouth moves faster than the brain, in some cases.

8. “The commander is gone, so I’m in charge.” The executive officer is so cute to think that.

10. “Yes, we are all sober.” Usually stated during morning physical training. The results of a good three-mile run are enough to show the lie.