Paul Biddiss, the military technical adviser on the upcoming World War I movie 1917, taught the actors everything they needed to know, from proper foot care to how to hold a weapon, "which allows the actor to concentrate on his primary task. Acting!" 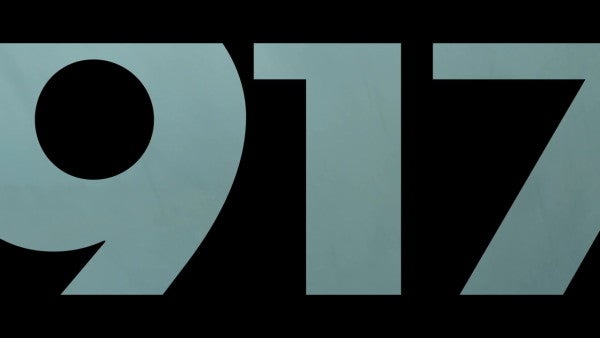 Creating a realistic battle scene — whether it's from World War II or the Napoleonic Wars — demands technical know-how and precise attention to detail.

Paul Biddiss, the military technical adviser on the upcoming World War I movie 1917, taught the actors everything they needed to know, from proper foot care to how to hold a weapon, “which allows the actor to concentrate on his primary task. Acting!” Biddis told Insider.

Biddiss has worked on projects from a variety of time periods — “large Napoleonic battles through to World War I, World War II, right up to modern-day battles with Special Forces,” Biddiss said.

Read on to learn about how Biddiss prepared 1917 performers for the gruesome, grueling warfare of World War I.

Biddiss spent 24 years in the British military before finding a career in film.

Biddiss, a former paratrooper, started his film career as an extra on the movie Monuments Men.

Since then, he has worked on projects like Mission: Impossible Rogue Nation, HBO's “Catherine the Great,” and “The Crown.”

“I always tell people military film advising is 60% research and 40% of my own military experience added in to the mix,” Biddiss told Insider by email.

To prepare for a shoot, Biddiss obtains authentic training manuals appropriate to the conflict.

“I like to first understand the recruitment and training process, the rank structure and attitude between the ordinary ranks and officers,” he said. “This helps me better understand the battles and tactics used by the men and what must have been going through their heads at the time.”

That helps him structure a training program appropriate to the conflict, and safe for the performers — even when he's short on prep time.

“When tasked to train 500 supporting artists for 'War and Peace,' I only had three days to research Napoleonic warfare and prepare a safe structured training program before flying out to Lithuania to train the men before a large battle sequence.”

Training on '1917' started from the ground up — literally.

Director Sam Mendes with actors Dean-Charles Chapman and George MacKay on the set of “1917.” (Universal Pictures and DreamWorks Pictures/Francois Duhamel)

“Foot care was one of the first lessons I taught George [MacKay] and Dean [Charles Chapman], the importance of looking after their feet daily,” Biddiss said, referring to two stars of 1917. “Basic recruits are taught this still even today.”

Trench foot, a common condition in World War I, is caused by wet, cold, and unsanitary conditions. It can be avoided by keeping the feet dry and clean, but left untreated it can lead to gangrene and amputation.

“The boys were wearing authentic period boots, walking and running in the wet mud all day and if not addressed early would have cause them major problems on set,” Biddiss said. “I taught them how to identify hot spots on the feet where the boots rubbed, taping up those hotspots to prevent blisters and applying talc and clean socks at every opportunity.”

Battle scenes require a lot from performers, but Biddiss said he “would never dream of asking an actor to do something I was not physically able to do myself.”

“I naturally train most days to keep myself in shape” and to instill confidence in his abilities, Biddiss told Insider.

“It's not a good look if you're a military adviser and you're carrying around excess weight” and get winded after a short walk, he said.

With hundreds of extras, making sure all the performers were right for the movie was a massive task in itself, Biddiss said.

Shooting a scene from '1917.'(Universal Pictures and DreamWorks Pictures/Francois Duhamel)

“We first ran local auditions,” Biddiss said. “I then ran assessments before boot camps to make sure we had the right people who not only looked right, but were coordinated and physically robust to take on the task.”

After the performers were selected, “I started with basic arms drill to test coordination, fitness to test stamina,” he said. “Then to weapon handling, historical lessons, and tactics.”

“There so much attention to detail, like I've never seen before on set,” Biddiss said.

Biddiss has to teach the performers how to look and feel both natural and accurate when using their weapons.

Mendes with Chapman and MacKay on the set of '1917.'(Universal Pictures and DreamWorks Pictures/Francois Duhamel)

Weapons handling is one of the main hurdles in preparing an actor for battle.

“There could over 500 supporting artists on set with bayonets fixed and firing blank rounds,” Biddiss said. “The blanks used are very powerful and can still do permanent damage, so if time is not invested in training it could all go horribly wrong.”

It's also one of the things he notices other productions often don't get right. Biddiss said he notices performers never reloading their weapons or always having their fingers on a gun's trigger.

Throughout the production, the mindset of the performers has to be just like that of a soldier, Biddiss said.

MacKay in a scene from '1917.'(Universal Pictures and DreamWorks Pictures/Francois Duhamel)

“I like to impress on one aspect,” Biddiss said. “Fear and anger.”

“I tell actors and supporting artists that they need to show both feelings on their faces when about to act a battle sequence,” he said. “Fear of dying, but anger towards the people who have brought them to this situation.”

“There is nothing ninja about soldiering,” Biddiss tells the performers he trains. “You have one job. Close in and kill the enemy.”