Editor’s Note: This article by James Barber originally appeared on Military.com, the premier source of information for the military and... 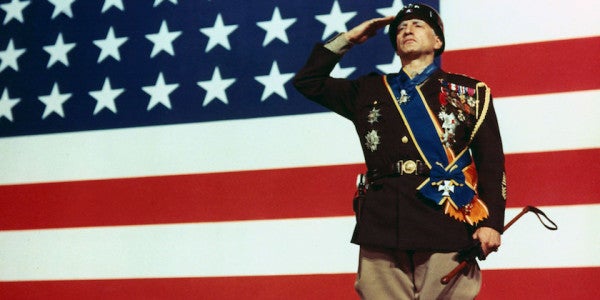 1. The Siege of Jadotville

This straight-to-Netflix movie stars Jamie Dornan (“Fifty Shades of Grey,” “Anthropoid”), Mark Strong (“Zero Dark Thirty,” “The Imitation Game”) and Jason O’Mara (“Band of Brothers,” “Sons of Liberty”) in a story about the 1961 U.N. intervention in the Central African Katanga conflict. 157 Irish peacekeeping troops are forced to defend their position for six days against 3,000 Zulu warriors as reinforcements fail to arrive. It’s maybe a bit by-the-numbers but it’s definitely a well-made film with strong performances

This movie is “based on the true story” of a Polish WWII POW who led an escape from a Siberian prison camp and led a small group to freedom by walking 4,000 miles across Siberia, Mongolia and the Gobi Desert to India. Jim Sturgess plays the Polish POW and he’s supported by strong performances from Ed Harris, Colin Farrell and Satires Ronan in director Peter Weir’s (“Dead Poets Society,” “The Truman Show”) film. The memoir that inspired the movie was an international bestseller in 1956 but the story behind the movie has been challenged in the last few years. It’s an inspiring story. It may or may not be true.(2010)

Gregory Peck won a Best Actor Oscar for his performance as Brigadier General Frank Savage in this 1949 movie about the United States Army’s Eight Air Force and its bombing raids against Nazi Germany and occupied France during the early days of U.S. involvement in the war. Savage is a hardass commander who initially alienates his men but, eventually, his leadership wins them over. (1949)

This PBS documentary details the American withdrawal from Saigon in April 1975. As the North Vietnamese army closed in, the U.S. military had to evacuate 5,000 Americans and made efforts to rescue a large number of Vietnamese who had supported the U.S. during the war. (2014)

Colin Firth plays a British army officer who was tortured as a POW in a Japanese labor camp during WWII. Decades later, he learns that the Japanese interpreter who tormented him is still alive and, with the help of his wife (Nicole Kidman), returns to the site of his trauma and to confront the man responsible. This movie is less flashy than “Unbroken” but equally intense. (2013)

All episodes of this World War II detective drama are now available. DCS Christopher Foyle investigates crime during wartime and every mystery has some connection to the war effort. Bad guys include both Nazis and Americans. The later series cover Foyle’s career in intelligence during the Cold War. (2002-2015)

This biopic about General George S. Patton won 7 Oscars, including Best Picture, Best Actor for George C. Scott and Best Original Screenplay for Francis Ford Coppola. Opening with a less profane version of the general’s legendary speech to the Third Army in 1944, “Patton” was an unabashed celebration of the military spirit. Even though it was released at the height of protest against the Vietnam War, the movie was a box office smash and received almost unanimous critical acclaim. (1970)

Chris Pine and Casey Affleck star in Disney’s action movie about the Coast Guard’s legendary 1952 rescue of the SS Pendleton off the coast of Cape Cod, Massachusetts. Pine is Bernie Webber, the young petty officer who led what everyone believed was a suicide mission. Affleck is Ray Sybert, the Pendleton senior officer who tries to keep the crew focused in the face of almost certain doom. “The Finest Hours” wasn’t a box office hit, but it’s most definitely worth watching. (2016)

Benedict Cumberbatch plays pioneering computer genius Alan Turing, who led the effort to break Nazi Germany’s Enigma code during World War II. Turing is socially awkward, difficult and brilliant and the film details his struggles to communicate with his colleagues. After the war, Turing was prosecuted under Britain’s anti-homosexuality statues and committed suicide in 1954. (2014)

What can you say about this one? The D-Day invasion at the beginning is greatest military action sequence in movie history. Everything good about the entire “Band of Brothers” TV series (which is still awesome) gets distilled down into less than 3 hours. Tom Hanks has never been better and an entire generation learned to appreciate the sacrifices and heroism during WWII for the first time. (1998)