Captain America Basically Leads An Insurgency In The First Trailer For ‘Avengers: Endgame’

In the not-too-distant future, a disgraced Army O-3 will lead a group of heavily-armed, specially-trained special operations forces — including... 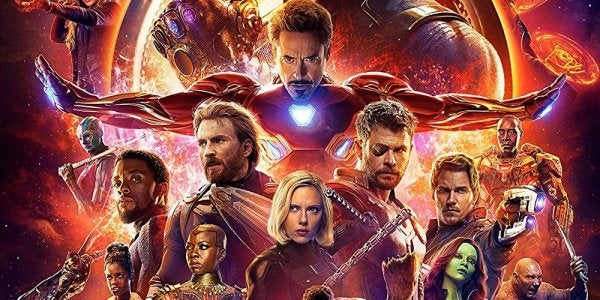 In the not-too-distant future, a disgraced Army O-3 will lead a group of heavily-armed, specially-trained special operations forces — including an active-duty Air Force O-6, an ex-KGB assassin, a retired marksman, and renegade scientist, among others — to lead a semi-religious insurgency against a giant purple despot.

No, this isn't a lost Tom Clancy manuscript, or the story of Hanukkah soaked in LSD — this is the new trailer for the fourth Avengers movie, aptly titled Avengers: Endgame.

Here's a brief breakdown of the new trailer — and why it basically looks like an insurgency feisty enough to make the Taliban look like a bunch of amateurs.

0:01 – 1:00: The first minute of the trailer is Tony Stark doing his best performance from Hamlet. A contrite former weapons manufacturer faced with ultimate military defeat? A taste a hubris tinged with metal and fear? Alas, poor Yorick! We're sure Stark will return with some gangster tech at the end of the movie.

1:01 – 1:09: Thanos, having picked up all six Infinity Stones and wiped our half of all sentient life in the universe in Avengers: Infinity War, is not enjoying his post-genocidal life of leisure in a field somewhere. You'll note the scarecrow, decked in his battle armor, as a warning to potential pests — how appropriate that the one hegemonic superpower left in the Marvel Cinematic Universe is played by the same guy who gave us cinema's best portrayal of George W. Bush.

1:10 – 1:23: It's briefing time at the last remaining forward operating base for the UN's global strike force. With the world in chaos and the entire universe in the palm of Thanos' hands — and with everyone, including Col. James Rhodes, AWOL under the Sokovia accords — it's not as though the Avengers are part of a regular army like the Kree or Nova Corps that Thanos might recognize as a legitimate military force. This, by definition, makes them insurgents, and scary ones at that — as soon as Captain America stops crying.

1:24-1:28:Nebula is mourning her dead sister Gamora on Stark's interstellar ride. Seems like a bummer trip, but one laden with meaning: With her heart bursting with revenge, we'll likely see Nebula play a key role in the climax of the film. Either that or she turns Stark's carriage into a VBIED to buy Captain America's crew some time.

1:29-1:37: “We lost family,” Captain America says in a voiceover as we see Clinton Barton rocking swords instead of his regular bow and arrow. This is an allusion to Ronin, his mainstream comics persona adopted in the aftermath of a major trauma. We're assuming this means Thanos' universe-wide slaughter took out his wife and kids, too — all with the snap of his fingers. At least you can see a drone coming

1:38: Captain America and Black Widow are in the cockpit of a vessel. They're on a last-ditch mission to turn things around. Annnnnd our title is Avengers: Endgame. This, by the way, is a reference to Doctor Strange's proclamation to Stark in Infinity War that, after giving up his Time Stone to Thanos, “we're in the end game now.” At least the Infinity War isn't turning into a Forever War.

So to summarize: A beaten group of rebel soldiers from a broken nation are basically embarking on a suicide mission against the greatest superpower the planet has ever known. They should have called it Avengers: Insurgency.