5 things I actually miss about being deployed on Christmas

Editor's note: This article was originally published on December 21, 2015. 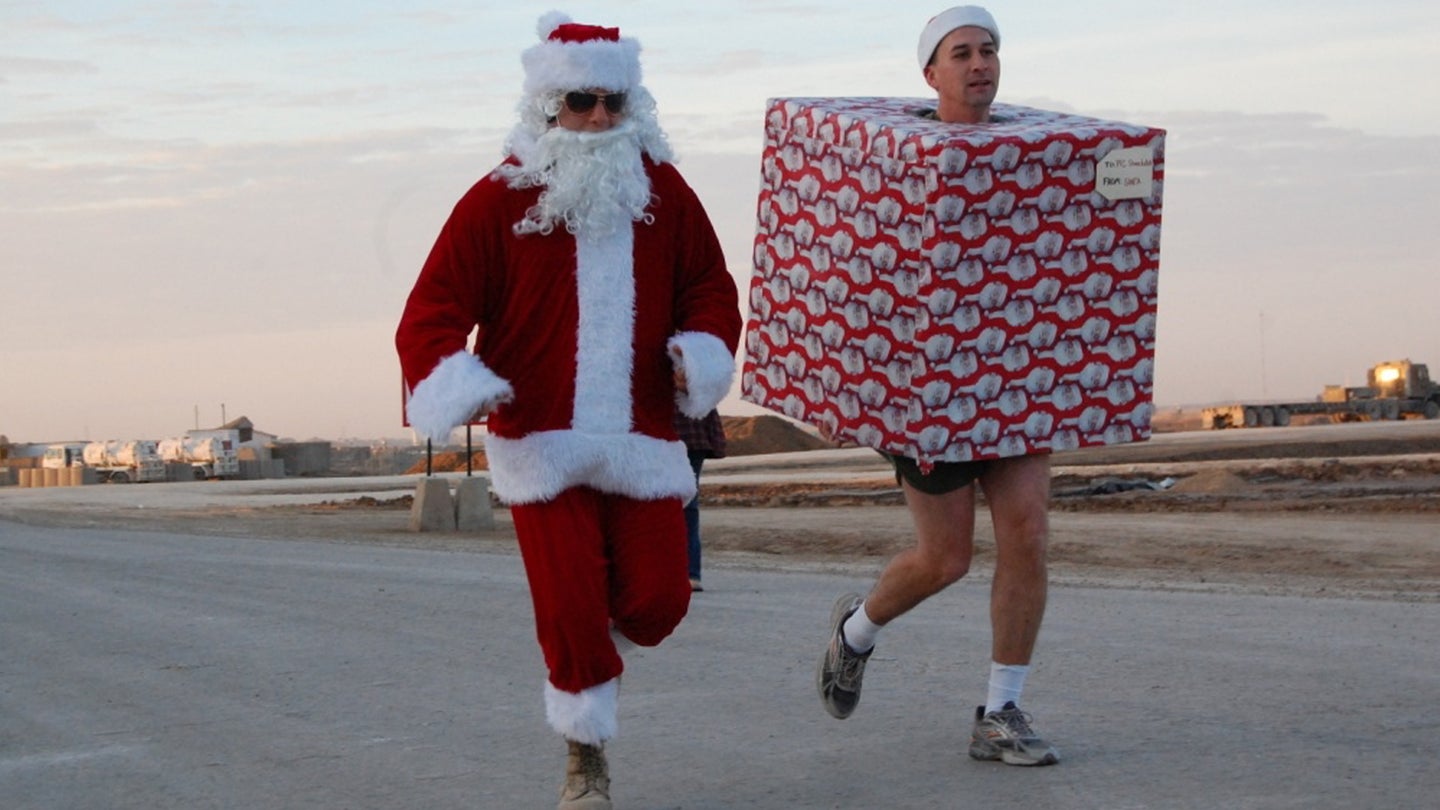 As I sit here comfortably at my desk nursing a scotch in a plastic cup after my guard unit Christmas party, I can’t help but feel nostalgia for my time spent away from home. While I wouldn’t trade Christmas morning at home with my wife and daughter for anything, I will forever recall those Christmases spent overseas fondly. Surprisingly, the things I miss the most about Christmas in Afghanistan are the same things that I missed when I was stuck there among my fellow Army members.

One of the great things about Christmas overseas is that there are no awkward family interactions, like trying to remember the name of your cousin’s boyfriend or watch uncle Cletus get drunk and set the Christmas tree on fire. The bond and fellowship that soldiers try to create when they are stuck away from home is a thing of magic. Granted, I’m pretty sure that they either made some barracks hooch or got some stuff in the mail, but in the midst of rural Afghanistan they found a way to have a good time and take care of each other. I fondly remember watching the original Indiana Jones and Star Wars trilogies back to back while making concept of operations and fragmentary orders in 2010. And though I’m pretty sure my wife won’t let that fly this year, being stuck in a plans cell was halfway nice that day.

It wasn’t the way grandma cooked it, but between the noble efforts of Army cooks and care packages from home, I count it among my favorite meals.

Clark Griswold from National Lampoon’s Vacation would have been jealous of our Christmas tree. One of the remote outposts in our area of operations, which was under nearly constant attack with over 200 firefights in their six months in position, strung lights up through their base as a message to the Taliban. My wife mailed me a small artificial Christmas tree that I put in our small tactical operations center and gave our soldiers the mission to decorate. Slowly, we fleshed it out with M67 fragmentation grenades and individual ornaments of 7.62 rounds hung with care using the innards of a parachute cord. Lastly we topped it with a Santa Claus Mr. Potato Head and a claymore at the base. We were full of Christmas cheer, surrounded by emergency munitions.

Somehow, some way, on Christmas the near impossible happened. It was eerily quiet — maybe because we weren’t out stirring up trouble — the Taliban generally left us alone and we enjoyed it. After weeks of no mail due to weather issues and unknown complications, a Chinook appeared on the horizon bringing hope in the Ring Route. We unloaded several thousand pounds of mail and other goodies on Christmas eve, and though it may seem silly, it was a real miracle to us.

There is a long history of the magic and merriment of Christmas for soldiers at war. From the Christmas Day Truce in 1914 to the ring route miracle of eastern Afghanistan, as I look at more inevitable deployments and more holidays away from home, it makes me cherish what I’ve experienced just a little bit more. As always it reminds me to enjoy this glass of scotch a little bit more for my friends and comrades overseas this season, and to not fear being gone from my family in the future. For those overseas this year, have a merry Christmas and stay safe, but remember to have some fun while you are there.

Related: 11 essential pieces of gear for the War on Christmas