Sometimes you just can’t make things up. Duffel Blog, yes, the popular satirical site, found itself in a nice little... 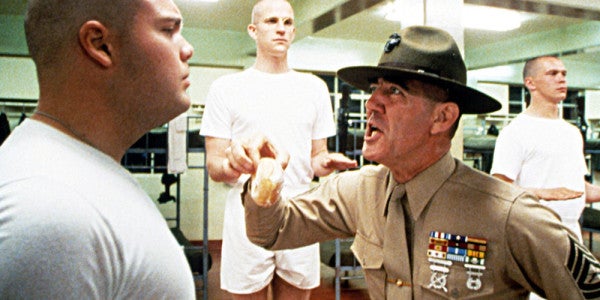 Sometimes you just can’t make things up. Duffel Blog, yes, the popular satirical site, found itself in a nice little Twitter battle with actor Matthew Modine (Vision Quest, Full Metal Jacket, Stranger Things) over an article it released regarding the death of his Full Metal Jacket costar and former Marine R. Lee Ermey. The gist was that costar Vincent D’Onofrio, who famously played Private Gomer Pyle, had suffered from PTSD due to working with Ermey but had now found some peace as a result of his death.

At some point, Modine had become aware of it and did what many middle-aged men do on the Internet: Get angry at things they don’t understand. He proceeded to quote the Duffel Blog tweet and lecture them on the importance of being super serious on the internet.

The video pretty much covers everything, and I encourage you to check out the exchange yourself, but it's important to note that I reached out to Duffel Blog founder Paul Szoldra, who is a Task & Purpose columnist, and he has released a statement regarding the entire exchange.

I fully agree with Matthew Modine that Duffel Blog is an obvious parody blog, but I take issue with his request that it be labeled as such. Since it’s obvious, it shouldn’t be required. However, I am working with our tech team to add a massive label of PARODY BLOG that will be placed next to our logo whenever users named Matthew Modine visit our site.

I think that should about do it here, folks.