Americans don’t know how to talk about the military

Service members are seen as an abstract concept by civilians, but they don't have to be. 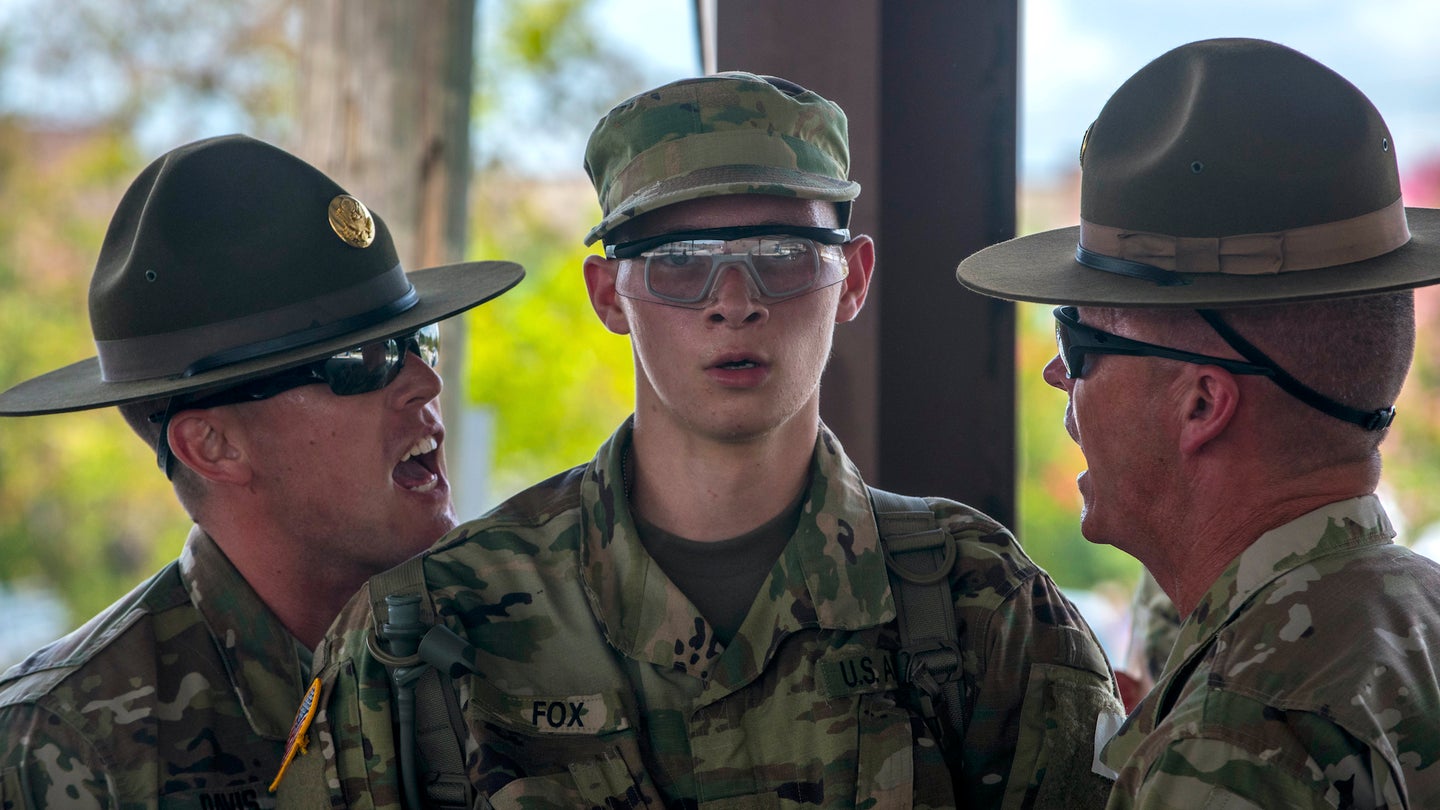 “I have a lot of family in the military,” I once told a friend.

“Oh?” she responded. “I basically think all soldiers are murderers.”

Not the best small talk I’d ever had. I let it pass as a punchline, a laughless one, and we remained pals.

I’ve thought about this moment now and then during the past year, though. Police brutality turned a lot of folks into overnight activists last summer, and some adopted an attitude similar to my friend’s. The motto ACAB, “All cops are bastards,” was suddenly the talk of the suburbs.

Obviously, there are good cops and bad cops, but policing in America is broken in a way individual integrity cannot overcome. The gist of ACAB pretends to represent this argument, but in practice more or less betrays it. The whole point of saying, “The system is broken,” after all, is that a cop’s excellent character, or change of character, isn’t a sufficient solution.

Before my time in grad school, which gave birth to the above conversation, I’d always been confident speaking about my family, about the military at large. Once I began school, several interactions put a little tic into my brain, a sort of mental stutter. “I have family in the military” was an invitation to banal controversy. The stakes were social, but that only means the stakes were personal, not nonexistent.

There were plenty of responses I could’ve offered my peers, but they all felt played out, stale and prepackaged. I could argue that they didn’t understand the lived reality, didn’t differentiate between a soldier and a policymaker. I could describe how a grunt’s or even an officer’s moral setting was ground level, a nesting doll of ethical responsibility that fit neatly, but distinctly, within someone else’s bad ideas. Some choose to have a war, some only get to choose how they behave in war.

Or maybe people just need to learn how to talk at parties again. If you want to hear what I think about the military in a social setting, you might have to listen to me chat about my Army cousins’ Christian pacifism. I might tell you that my sister became a foreign area officer in the hopes that diplomacy would define her career, or that my brother left the Army completely. No one has to hear me out, of course, but I see no reason why the conversation should begin and end with bland, sometimes offensive, generalities as a default.

“All soldiers are murderers.” It’s a way to put your brain on ice.

As for my siblings, they were raised in that strange American space where physical courage and Christianity are meant to complement one another. Mission trips, local volunteering, the simple activity of our daily lives: Wherever possible, we were taught to live out our values with our hands. We didn’t simply join church outreach, we (children, more or less) shouldered the most demanding tasks. We mixed and laid concrete by shovel, built trails in remote wilderness, and more.

I remember my sister returning from a mission to Peru when she was in high school: hair braided, grinning, her bags bearing the usual trinkets for those of us at home. She told us about the monkeys and the machetes and the forests, but she emphasized the work. She talked about my oldest brother, her future comrade in arms, and how much he would’ve benefited their mock construction crew. The point was to serve.

The military, though, also offered an escape. Our parents were divorced and a peak of drama occurred not long before my siblings graduated from high school. I remember my brother sitting on our driveway, the latest fracas fresh in his ears. “I just wish,” he said, “that I was already there.”

Importantly, this was all pre-9/11. When my siblings were accepted to the United States Military Academy, West Point, the average soldier’s difficulties were more or less professional (hierarchical, lots of moves) and personal (limited community, lots of moves). Unless you were the hooah of the hooah-est and joined the Special Forces, your scope of action was never going to be that dynamic.

But, of course, 9/11 did happen—during their Yuk year, in fact. The invasion of Iraq happened, too, and we’ve lived in a world since where my friend, otherwise intelligent and empathic, could say all soldiers were murderers without really needing to explain herself. As friendship and conversation, not great. As a position—in certain circles, in academic ones for sure—less and less uncommon.

Of course, soldiers have always been abstracted by civilians, whether pro-war, anti-war, or in-between. They’re heroes, victims, or villains. For family members, this is as dangerous a possibility as for anyone, probably more so. Decals in windows, ribbons on bumpers, slogans in the face of disdain are too often substitutes for actual opinions, to say nothing of actual support.

But my West Point siblings are neither convenient scapegoats nor two-dimensional nerd-warriors. They are first and foremost, to me and to anyone talking to me, my siblings. In my neighborhood, my church, my friend group, I’m regularly the only person with any military connection. When I’m not, I’m the guy with the most connections.

Once some people realize this, they act as if a headline has walked into their home. They’re suddenly an op-ed columnist, or at least a troll in the comments. In addition to being told “all soldiers are murderers,” I’ve been thanked on Veterans Day. Me, a guy whose only tour of note is a fine arts degree from Syracuse.

I’ve never been sure what my friend was thinking when she blurted out her theory of original military sin. My guess is she wasn’t thinking much at all. She was trying to maintain her own integrity, maybe, to resist shirking her principles. I get it. I despise America’s forever wars, and partly based on the stories of my family.

But my siblings aren’t principles, and most social situations don’t need to solve anything. Whatever conversations we should keep having about war, about societal violence at large, we must continue to carve out spaces for the granular, the relational, as well.

Joel Cuthbertson is a writer from Denver. His fiction and essays have appeared in Electric Lit, LitHub, and The Millions, among others.

Editors Note: This article first appeared on The War Horse, an award-winning nonprofit news organization educating the public on military service. Subscribe to their newsletter

Civilian-Military Divide
thank you for your service