The marketing machine for the “Star Wars” saga has kicked back into high gear, with the surprise Twitter release of a... 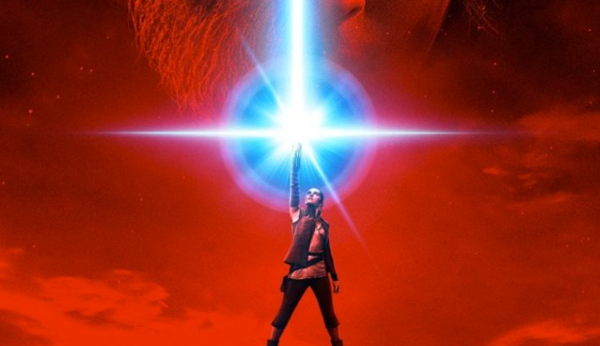 The marketing machine for the “Star Wars” saga has kicked back into high gear, with the surprise Twitter release of a new teaser Friday, the first official trailer for the adorably-titled “Star Wars: The Last Jedi.”

Like most teasers, the “Last Jedi” video is long on suspense and short on details, despite a two-minute run-time. Viewers are treated to fleeting shots of Rey (Daisy Ridley), pensive and worried after meeting up with the long-absent Luke Skywalker (Mark Hamill) at the close of “Star Wars: The Force Awakens”; Kylo Ren (Adam Driver) with his gnarly red lightsaber; and Finn (John Boyega), well, just kinda lying there.

In fact, most of the action from the new trailer comes in the form of some good, old-fashioned interstellar warfare. A few seconds of the trailer feature a dogfight between TIE Fighters and our beloved X-Wing fighters above an unnamed planet, weaving and dodging between a line of capital ships in formation just outside the atmosphere.

We're sure most of the film will actually focus on Rey's Jedi training under Skywalker, just as “The Empire Strikes Back” did with Skywalker and Yoda, but action-packed battle sequences suggest director Rian Johnson wanted to remind audiences of the “war” in “Star Wars.”

Oh, and the movie has a new teaser poster: