A former Green Beret and the Veterans of Foreign Wars posts in DeFuniak Springs and Chipley have spearheaded what has become a viral social media effort to bring people to a Thursday funeral for a local Air Force veteran who died without any known living family members. 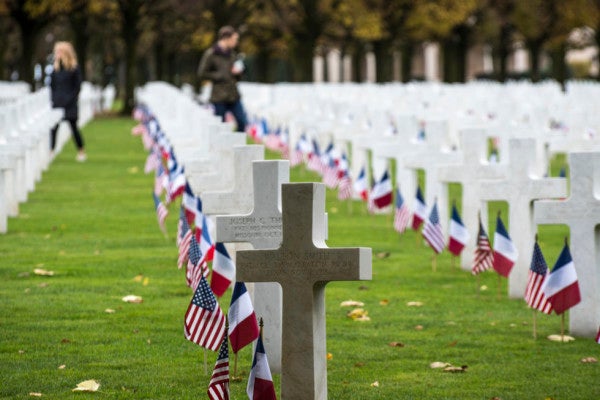 BONIFAY — A former Green Beret and the Veterans of Foreign Wars posts in DeFuniak Springs and Chipley have spearheaded what has become a viral social media effort to bring people to a Thursday funeral for a local Air Force veteran who died without any known living family members.

Stumpf, 82, died Sunday at Boswell Manor, an assisted living facility in Bonifay, after a battle with throat cancer.

Jenna Cooke, auxiliary commander for VFW Post 4437 in DeFuniak Springs, said the post was contacted by Terry Boswell, the former Army 7th Special Forces Group (Airborne) Green Beret, about Stumpf's death and a plan to ensure that at least some people attended his funeral.

Terry Boswell contacted VFW Post 4437 and had a friend contact the Chipley VFW post, after his father, Lester Boswell, asked him to let the public know about Stumpf's death. Lester Boswell served in a caretaker role for Stumpf for a couple of years after the two became neighbors in Bonifay.

“I've always respected veterans, especially from Vietnam,” said Lester Boswell, who did not serve in the military. “I just didn't want him to have a funeral and nobody came.”

Working through social media, the effort to bring people to Stumpf's funeral has “gone viral,” Cooke said, with veteran-oriented motorcycle groups and many other people indicating an interest in being on hand for the service.

Still, the VFW is being cautious about predicting how many people will show up.

“I can't tell you if there will be 10 people there, or 500 people,” said Wade Wilmoth, commander of VFW Post 4437. Wilmoth and the post are, in fact, taking little credit for the effort to get people to Stumpf's funeral, other than passing the word along via social media.

Terry Boswell said Wednesday that he expects at least 20 people to attend the funeral. Following the funeral, a reception will be held at West Bonifay Baptist Church, across the street from the cemetery. The awards and decorations that Stumpf earned during his military service will be on display, Boswell said.

Among the organizations that turned to social media to help bring people to Stumpf's funeral was the 1st Special Operations Wing at Hurlburt Field. According to the 1st SOW, Stumpf “was a Vietnam veteran and loadmaster in our very own 15th Special Operations Squadron.”

Also according to a 1st SOW post on Facebook urging “a large turnout to show how grateful we are for Americans like John Stumpf,” the retired master sergeant was awarded a Purple Heart during his Vietnam service after he was shot in the arm.

“His commitment to his unit and his country embody what we strive to be here at the 1st SOW,” the Facebook post noted.

Stumpf joined the Air Force in 1956 and served at a number of bases before being sent to Vietnam. After Vietnam, Stumpf was assigned to Air Force Special Operations Command, where he was involved in conducting psychological operations missions across Southeast Asia and transporting weapons, supplies and equipment aboard a C-130 aircraft.

Lee Hess of Shalimar knew Stumpf in the early 1970s when they were serving together in Okinawa, Japan. He had since lost touch with him, but remembered Stumpf only as “quite adept and quite proficient” in handling his loadmaster duties.

Hess, who found out about Stumpf's death via social media, said he is one of four people locally who served with Stumpf, and all of them plan to attend Thursday's funeral.