Chasing wolves and poachers through the Montana wilderness isn’t what Colorado Springs resident Jamie Havig expected to be doing over... 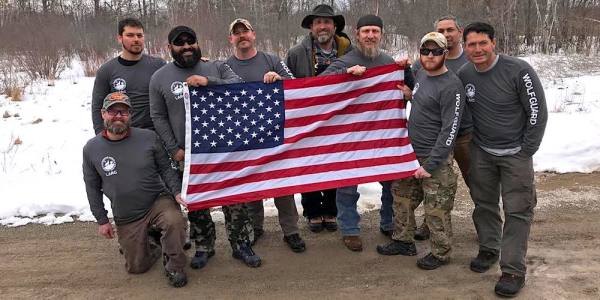 Chasing wolves and poachers through the Montana wilderness isn’t what Colorado Springs resident Jamie Havig expected to be doing over the past year.

But the Navy veteran known as “Doc” serendipitously found himself on Animal Planet’s “Wolves and Warriors,” helping other veterans regain a sense of purpose while helping wolves escape poachers in Montana’s Bitterroot Valley.

“My job on the show is to find the best possible candidates and take them to the next level in their lives,” said Havig, 42, who during his eight-year Navy career was on special operations forces in the Marine Corps.

The show is meant to be a catalyst for combat veterans to heal from the traumas of war. Havig said his four-year deployment to Iraq was “one of those things that set me back. When I came back to the U.S., I had so many brain blast concussions and brain injuries, I’d be driving somewhere and forget where I was and where I was going.”

He found relief through a brain injury rehabilitation program in San Diego, where he’d been stationed at Marine Corps Base Camp Pendleton. Once he was out of the service, working as a firefighter there and later as operations director for the nonprofit Team Kids, Havig suffered burnout. He visited the Pikes Peak region, immediately felt at home and moved, taking a job at Big R in Monument. After two years, he put in his notice with the idea that he again needed to pursue a greater calling. A Marine friend called him on his last day of work with an intriguing — if vague — opportunity.

“My friend said, ‘There’s a job that’s right up your avenue, hunting down bad guys and protecting endangered animals in Montana.’ He told me to call Matt Simmons, who convinced me to fly up to Montana the next day,” Havig said.

Havig thought he was going on a standard job interview but found himself on a rural compound with a bunch of other veterans. He was teamed with Matt Geddes, a veteran of the Army’s 2nd Ranger Battalion of the 75th Ranger Regiment, who had served two tours in Iraq and three in Afghanistan. He and Geddes became fast friends.

Havig soon was on his way to three months of training with WolfGuard, LARC’s team of veterans assigned to “put an end to atrocities against wild wolf populations” in an area he calls “the superhighway for wolf migration.”

Havig features prominently on the first episode of “Wolves and Warriors,” assisting Albert Gallegos, an Army veteran who suffers from PTSD and has difficulty transitioning to civilian life after returning from a nine-month deployment in Afghanistan.

“I counsel him, mentor him and introduce him to the wolf population, and then he opens up and we start talking,” Havig said.

Through the rest of the season, Havig follows up with Gallegos and other veterans to determine if they are ready to go on a mission with Wolfguard. The LARC team also helps evacuate a California sanctuary threatened by wildfire. The series explores how wolves and veterans can provide “cross-species therapy.”

“The point of the show is really to be able to help a veteran, to give a veteran who is stuck in a rut something to look forward to — their next mission, the spark that’s going to keep them motivated,” Havig said. “Being able to provide a fostering environment for a veteran makes such a difference.”

The task lends itself to those with military skills.

“You have to stalk an animal, and to catch a wolf is next to impossible. If anyone understands how to do that, it’s a military guy,” Havig said. “And when you encounter these poachers — they’re not the kind of guys who want to talk it through. It’s pretty dangerous, and I love danger.”

The main challenge during filming was the mercurial nature of Montana’s winter. The team found itself in blizzards more than once. Part of the excitement, Havig said, was being out in that vast terrain on “brand-new, awesome snow machines.”

When not filming, Havig works in the aerospace industry doing recovery of space pods and rockets.

“It’d be nice to go on a mission here in Colorado,” he said. “I’d like to make this national, helping other veterans have success and positive interaction and be proud of what they’re doing again.”