The Allied invasion of Normandy on D-Day was one of the most complex military operations ever undertaken, but amid the intense preparation and planning for history's largest combined land, air, and sea operation, one commanding general kept it simple, scribbling out his war plans on a single piece of paper.

Around 160,000 Allied troops, supported by thousands of ships and aircraft, either parachuted into France or stormed its beaches beginning on June 6, 1944. Allied war planners spent months planning the invasion, the beginning of the Allied spearhead into German-occupied Europe known as Operation Overlord.

His penciled battle plan for D-Day took up no more than one piece of paper and included a note that read: "The key note of everything to be SIMPLICITY." 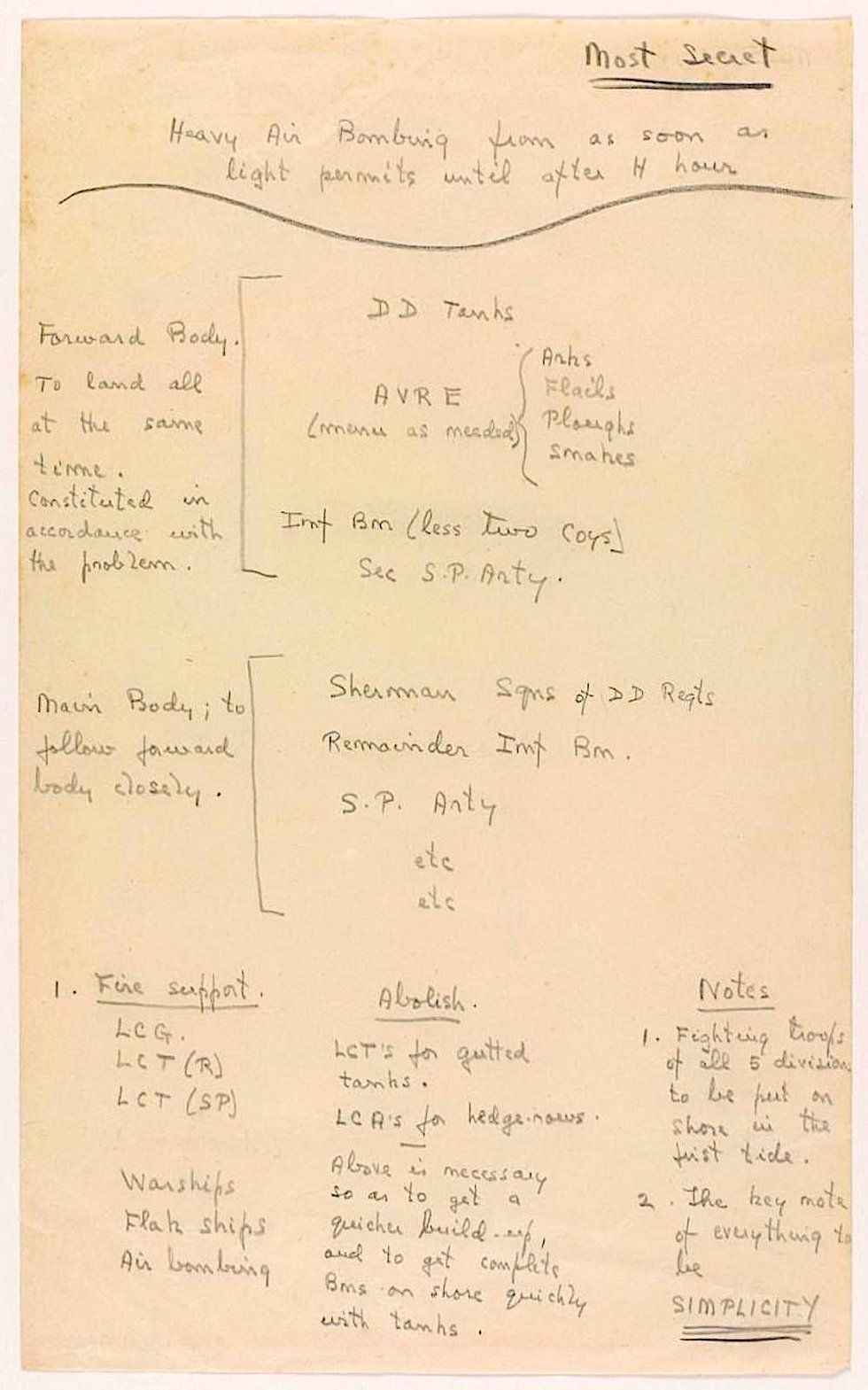 Montgomery's plans, which were labeled "Most Secret," were released for the first time in 2016 by the Imperial War Museums for the 72nd anniversary of the invasion.

The museum also released a handwritten draft of the general's speech to Allied troops, which officers read aloud to the invading forces just before the assault began.

"The time has come to deal the enemy a terrific blow in Western Europe," the speech read. "The blow will be struck by the combined sea, land and air forces of the Allies."

"Good luck to each one of you," Montgomery concluded his message. "And good hunting on the mainland of Europe."

SEE ALSO: The Ingenious Feat Of Military Engineering That Made D-day Such A Massive Success For The Allies