DEBATE THIS: Should Companies Receive Tax Breaks For Hiring Veterans?

THE FACTS: In 2008, the government began tracking veterans' employment rates as thousands of men and women who served in... 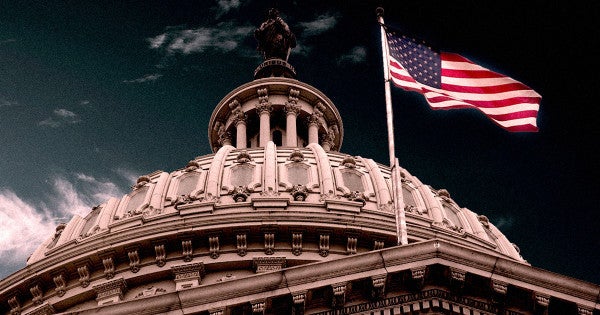 THE FACTS: In 2008, the government began tracking veterans' employment rates as thousands of men and women who served in Iraq and Afghanistan began looking for civilian jobs. In the recession that followed, the unemployment rate among this population reached as high as 15%. In response, Congress passed the 2011 VOW to Hire Heroes Act, offering tax breaks to companies that hired unemployed veterans. Depending on the length of the veteran's unemployment period, companies received breaks up to $5,600 per hire, or $9,600 for hiring a disabled veteran. The act expired in 2014, but was reintroduced by Sen. Richard Blumenthal of Connecticut in June, although it has not gone to a vote. Since the unemployment rate for post-9/11 vets has dropped to record lows — reaching 4.7% in August — should tax breaks still be offered to companies for hiring veterans?

We should all be skeptical of this type of legislation. What problem are the politicians trying to solve? Usually these laws are designed to “help” veterans so policymakers can say they did something. Or capitalize on that tasty brand of “Thank you for your service” patriotism so many veterans are sick of.

Why be so dismissive of tax breaks? Check out the last time this happened. Under the 2011 VOW Act, the biggest breaks went to companies hiring service-connected disabled veterans, which sounds great, but in 2011 they still had the same rate of unemployment as other veterans. It's political theater. Beyond the sausage-making process in D.C., there are three other issues I have with tax breaks for companies hiring veterans.

First, hiring is not the same as training and retaining. This short-term mindset doesn't solve any of the drivers behind veteran unemployment. A band-aid won't stop an arterial bleed.

Second, companies focus on hiring veterans because it makes sense for them, not because they're trying to minimize their tax liabilities. If we truly believe that the military provides us with valuable skills — not to mention the ability to go to college for little or no money — then we need to act that way.

Third, tax breaks reinforce the “veterans need our help” narrative. This is unsustainable and unhealthy. The truth is that veterans are just as likely to have a job as anyone else. We are basically fine, and shouldn't be expecting additional help, especially when it's unnecessary.

Bottom line: we don't need more legislation. There should be a clear need before we start tossing out more laws aimed at “helping” veterans.

When veterans go unemployed, America has two choices: Help them find a job or ignore the issue. Today the solution entails numerous rehabilitation, education, and career-counseling programs overseen by various governmental agencies to make veterans as competitive as possible in the labor market. Those programs aren't cheap, so reality is that with the status quo, where businesses do not hire prior military members at an equitable rate, those businesses — and indeed all Americans — pay for that decision.

Tax breaks for companies hiring veterans isn't about charity, but about incentivizing business to consider employees who possess world-class training in addition to intangible traits like leadership and self-reliance.
While it may appear controversial to offer a tax break just to do the right thing, such incentives are not so uncommon. In fact, anyone who has ever answered yes to questions like, “Do you serve in the military? Do you or does anyone in your family attend college? Do you drive an electric car?” when filing income taxes has benefited from these types of initiatives.
What's more, a corporate tax incentive is a distinctly American solution. Truly, it echoes of the government-business partnerships that allowed America to throw all its industrial might into defeating fascism during World War II and to employ cutting-edge technologies to safeguard troops and prevent terrorism in today's conflicts.
Tax incentives for hiring veterans a win-win-win scenario. Businesses receive a top-quality employee who directly improve their bottom line allowing more investment into growth; veterans receive the employment advantage they deserve for their honorable military service and skills they hold; and all Americans are able to contribute toward a real solution to the heartbreaking reality of veteran unemployment.