DEBATE THIS: Should The US Deploy Ground Troops Into Direct Combat With ISIS?

The Islamic State of Iraq and Syria, a ruthless terror organization, shows no signs of slowing down. This despite a... 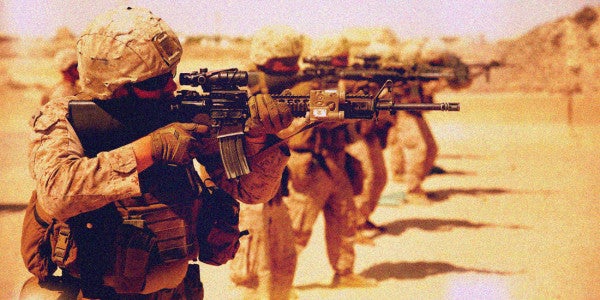 The Islamic State of Iraq and Syria, a ruthless terror organization, shows no signs of slowing down. This despite a protracted air campaign involving multiple nations, billions of dollars of foreign aid, and an 18-month-long comprehensive intervention. Now, Russia has begun military strikes in Syria to support dictator Bashar al-Assad, and a civil war that has claimed hundreds of thousands of lives and displaced millions wages on. Most recently, President Barack Obama devoted a small contingent of special operations forces to Syria, something he had long pledged not to do. What will it take to defeat the Islamic State? Does the United States need to deploy ground forces?

President Obama's strategy to “degrade, and ultimately destroy” ISIS in Iraq is infeasible without additional U.S. boots on the ground. Given last year's dismal performance by the Iraqi Security Forces in Mosul and Anbar province that raised questions about their competency and will to fight, it seems clear that the ISF is not yet up to the task. Even the introduction of Iranian-backed Shiite militias in Iraq has not turned the tide. Frustrated by the Obama administration's reluctance to commit additional resources, the Iraqi government recently reached an intelligence-sharing agreement with Russia, Syria, and Iran while Prime Minister Haider al-Abadi said he would “welcome” Russian airstrikes against ISIS.

Obama's senior national security advisors have reportedly recommended embedding troops in an advisory role at the brigade-and-battalion levels of command with the ability to direct-coalition airstrikes. He should immediately approve these recommendations and authorize a larger military footprint in Iraq of some 10,000 troops. These additional U.S. forces will expand the scope of the “train, advise, and assist” mission while providing a robust counterterrorism capability when required. Both are important as the recent hostage rescue mission in Iraq and Secretary of Defense Ash Carter's prediction for additional raids like the one that killed ISIS commander Abu Sayyaf in Syria suggest a more direct role for U.S. forces fighting the terror group on the ground in Iraq.

The loss of Ramadi back in May was a wake-up call that additional U.S. combat troops are needed. A larger contingent of U.S. military forces will reassure Abadi about continued U.S. commitment, bolster the confidence of the ISF while simultaneously building its combat readiness, curb the influence of Russia and Iran, and enable the U.S. and its partners to more effectively implement the strategy going forward.

James Cook is an associate professor of National Security Affairs at the U.S. Naval War College. The views expressed here are his own.

Many of President Obama's critics believe the Islamic State will not be defeated without U.S. troops fighting on the ground (beyond special operations forces already conducting direct-action and train-and-equip missions). With the deployment of approximately 50 special operators to Syria, stepping up the U.S. ground presence in Iraq seems even more likely. But this would be a severe mistake. The current plan — which involves training, equipping, and otherwise supporting the Iraqi Security Forces in a way that is contingent on the political reforms necessary to resolve Iraq's conflicts — is the right one, although there are certainly improvements to be made in terms of execution.

While sending troops to engage in combat operations against ISIS would boost efforts to roll back the group, the benefits would not be worth the costs. Deploying U.S. general purpose forces to Iraq (again) would be a boon to jihadist recruitment and remove key incentives currently pushing the Iraqis to sort out their internal political problems. It would also require a greater commitment than many like to admit. U.S. ground troops fighting ISIS requires more personnel and resources for headquarters, hospitals, helicopters, and a far bigger logistics tail.
Washington has run this experiment before. It did not work. Without capable and dedicated security forces that can fight the Islamic State and hold ground, Iraq has no future. The current course might take longer than we'd like, but will result in a more sustainable outcome. The United States must continue to help the Iraqis stand and fight, but beyond SOF conducting specific missions, we would be doing ourselves and Iraq a disservice by putting our troops back on the front line in Iraq. We should have learned by now that sending the troops in is far easier than getting them back out.
Ryan Evans is the editor-in-chief of War on the Rocks.