DEBATE THIS: Should Vets Be Allowed To Use Their GI Bill To Start Their Own Businesses?

THE FACTS: In July, the Senate Small Business Committee pushed through the Veterans Entrepreneurial Transition Act of 2015, which calls... 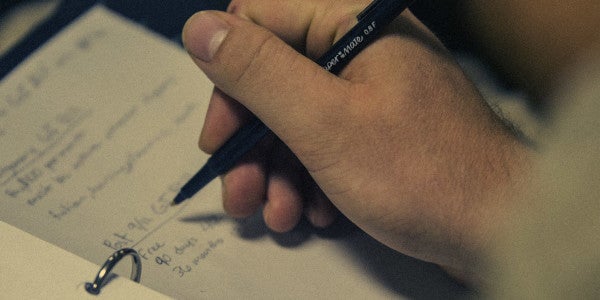 THE FACTS: In July, the Senate Small Business Committee pushed through the Veterans Entrepreneurial Transition Act of 2015, which calls for a three-year pilot program allowing 250 veterans to use their G.I. Bill funds to launch their own businesses. The legislation has gained popularity in 2015 and is part of Jeb Bush's plan to reform the veterans' benefits. Only 48% of working-age vets use their G.I. Bill benefits, yet are 45% more likely to be self-employed. However, opponents to the plan say that due to the high rate at which small businesses fail, allowing vets to use their benefits in this manner will leave them with nothing to fall back on if their businesses do not succeed. While the bill has not gone to a full Senate or House vote, it's time to examine the risks and benefits of allowing vets to use their G.I. Bill benefits as small-business, startup grants.

When veterans can both start a business and acquire skills that stay with them for life, then everyone wins. Entrepreneurship and education are complementary concepts, which is why it is bad policy to coerce veterans into choosing one over the other. Earning a college degree or acquiring workforce skills through trade schools, apprenticeships, or professional certifications only improves an entrepreneur's likelihood of success.

It's a common misconception for older veterans who earned their degree on the military's dime to believe that they're leaving “money on the table” by not tapping into their education benefits. However, when Congress passed the Post-9/11 Education Assistance Act, they did so with the understanding that not all veterans would use it. To the American taxpayer, this means that there is no “money on the table,” and that a stand-alone grant program will cost just as much as a G.I. Bill cash out. So why would we make this false choice?

For young service members, this is critical. They often leave the military without a college degree and without civilian workforce skills. While we should encourage them to start businesses if they choose, it remains an unfortunate reality that some businesses will fail. In that situation, veterans must have an education benefit to fall back on. If they do not, we have truly failed them.

The original G.I. Bill established a framework to foster post-military success: We'll help you buy a house; start a business; and if all else fails, we'll make sure you have an education. Veterans were not forced to pick one over the other. Why would we seek to set a precedent that erodes this framework? We can and should do both.

President Roosevelt signed the original G.I. Bill, known as theServicemen's Readjustment Act of 1944 on June 22, 1944. The purpose of the act was to make it possible for the government to provide “… certain loans made to veterans for the purchase or construction of homes, farms, and business properties.” Offices and factories are not the critical requirements for business today that they were in 1944; however, funding for veteran entrepreneurs is still a critical need. In this regard, the G.I. Bill has not kept up with the change in business practices and should be modified to provide funding to veteran-owned small businesses.

G.I. Bill funding for startups is a “shovel-ready” project that will help boost the number of veterans starting businesses. We are losing veterans in the entrepreneurial community and need to do something now to mitigate the decline before we lose the values and benefits of having veterans in the startup community.

According to a report by the Kauffman Foundation, in 2011 veterans represented 6% of new entrepreneurs, compared to 12.6% in 1996. In the current legislative environment, every dollar creates an extended debate. The G.I. Bill is already in the budget and with only 36.9% of eligible veterans using these benefits for education there should be minimal debate for this initiative.

Roosevelt finished his statement regarding the Servicemen's Readjustment Act of 1944 with “While further study and experience may suggest some changes and improvements, the Congress is to be congratulated on the prompt action it has taken.” It is time for the G.I. Bill to enjoy “some changes and improvements” to keep up with the change in business since 1944 and let the current generation of veterans congratulate Congress.