When I transitioned from the Air Force to community college in 2005, I didn’t know the difference academically between the … Continued 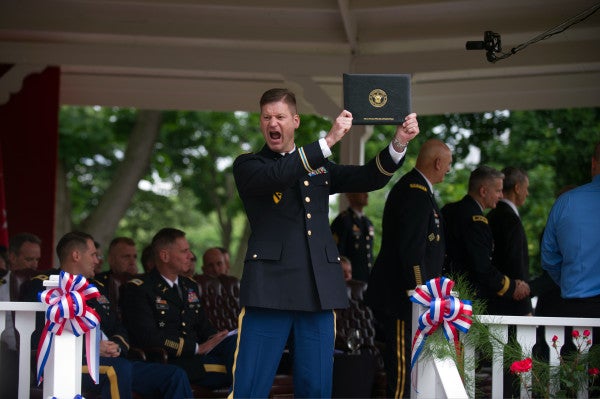 I knew that schools like Yale and Harvard had incredible reputations, but I had no idea of the difference between the “Public Ivies” and other large state schools, let alone what a degree from one of those schools could mean to my career.

The problem is that many veterans share my perspective. If other veterans do not know the difference between these schools, they do not understand the importance of attending one over the other, and how the choice can affect their career opportunities.

Had I not gone to Michigan after community college, I likely would not have had access to the network that I did, nor had the credibility behind my school’s name to gain the traction to lay the groundwork for co-founding Student Veterans of America. Had I been trying to start the organization while attending community college, few would have listened.

Over the next few decades, thanks to the Post 9/11 GI Bill, there will be hundreds of thousands of veterans who will see collegiate and career success. But will they reach their full potential, or, as a result of the unknown opportunities, will they fall short and not rise through the ranks of the civilian sector, even if they had been excelling in uniform?

While many enlisted veterans have done and will do great things, I’m afraid many will not lead Fortune 500 corporations or fill Congress, when they should and can. I believe if our nation and our veterans community were to do a better job of educating transitioning service members about their potential and opportunities, veterans would seize them and excel. This prediction comes from personal experience and from conversations with hundreds of active service members and veterans.

Two problems face student veterans. First is that many are first-generation college students and do not have someone helping them chart their way. Secondly, veterans do not understand their potential. Had I understood Michigan’s academic prestige, I never would have applied — because I would have grouped Michigan with the list of schools that I didn’t think I could be a part of. I would have missed a life-changing experience that has set my career onto a path I never imagined.

An example of the success I’m talking about is my friend Josh Ray. In 2008, Josh transitioned out of the Navy and started classes at San Diego Mesa College. Josh flourished at Mesa. An academic advisor saw his potential and his work with Student Veterans of America and encouraged him to apply to Yale, Brown, George Washington, NYU and Tulane. Josh quickly found himself one of the five enlisted veterans at Yale College. He graduated in 2012 and went on to work for two startup companies (including Hirepurpose) in New York City, before being recruited by Gen. Stanley McChrystal to join him at his consulting firm, the McChrystal Group.

Josh’s story is encouraging, but had it not been for that academic advisor who saw something in him, these other opportunities might not have happened and he likely would not be where he is today. Who is telling the rest of the veterans out there that they have a place in these classrooms?

Harvard and Yale each have less than 10 veteran undergraduate students. And that’s a trend among elite schools.

Aside from Columbia University, which has made a concerted effort to welcome hundreds of veterans onto its campus, America’s veterans are dramatically underrepresented at America’s top colleges.

Even the University of Michigan, a school with more than 28,000 students, has fewer than 120 undergraduate veterans.

This isn’t a problem without a solution, and the good news is that there are organizations working on answers. Started in 2009 at Yale College, the Warrior Scholar Project brings transitioning service members and veterans for one or two week sessions at Yale, Harvard and the University of Michigan.

The program is taught by the heads of Yale’s Jackson Institute for Global Affairs, Pulitzer Prize recipients and winners of the National Humanities Medal. Veterans are matched with student mentors and are provided a crash course in the humanities, and are taught analytical reading and writing skills. From this, they learn that there are no ivory towers they cannot scale.

Programs like this are part of the solution, but no organization will reach every single transitioning service member. When we figure out how to uncap this incredible talent pool of veterans, our nation will be better for it. The most important action we can take today is to keep sharing the stories of veterans like Josh and keep talking about where their futures can lead them and how to help them carve pathways to get there.

The author is an Air Force veteran, the co-founder of Student Veterans of America, and a graduate of the University of Michigan.