His Fellow Soldiers Laughed When He Said He’d Go To Harvard. They Aren’t Laughing Now

Most people haven’t understood Richard Martinez III’s dreams. As a teenager, his friends asked why he wanted to throw his … Continued 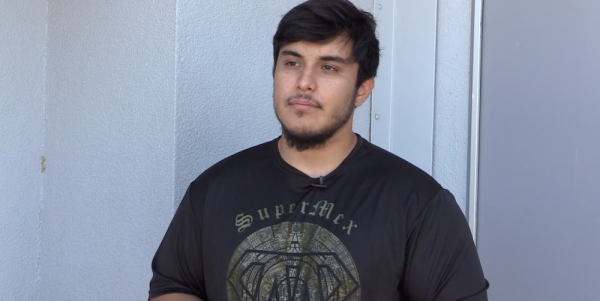 As a teenager, his friends asked why he wanted to throw his life away when he told them he planned to join the U.S. Army after high school. They couldn’t fathom why a stellar student and athlete who won top national awards for Academic Decathlon and wrestling would trade a college ticket for a gun on a battlefield.

A few years later while serving as an Army infantryman in Iraq, his fellow soldiers laughed when he said he planned to go to Harvard University one day. They couldn’t imagine a soldier also being a scholar. Martinez never doubted that he could be both.

“Ivy League or bust,” the 21-year-old says happily. “You can put that in quotation marks.”

His academic dream is about to come true: Martinez will begin his Harvard education in the fall, studying the classics. He plans to use that education in the humanities to bolster his passion for singing.

“A lot of people make that joke, ‘Jack of all trades but master of none.’ I’ve never bought into that.”

Another thing he’s never bought into: That a Mexican-American Army veteran from humble beginnings in west Fresno couldn’t go to Harvard. Martinez says lots of kids in his neighborhood have never heard of Harvard, and those who have don’t believe such an education is an option.

“They don’t believe they can because 99 percent of society is telling them they can’t. … No one should have to feel or think that they cannot accomplish or do something.”

Martinez’s path to success might be summed up with a sports metaphor that his father, also named Richard Martinez, passed along to him as a child: “No one is ever expecting you to hit a home run. You might as well swing for the fences anyway, and if you miss, you miss.”

“I had something to prove,” Martinez says, “definitely, for the majority of my life.”

Martinez’s parents, who both grew up in the area and put themselves through college, worked hard to better themselves and their family. Martinez’s father is a management consultant and former teacher, and his mother is a teaching association president. Both encouraged him to follow his dreams and to work hard.

“I didn’t wake up and say, ‘I want to be a very well-rounded person,’ ” Martinez says. “I just had these things that I wanted to do and to a certain degree, I was encouraged by my parents and others to do them.”

His greatest passion is singing. The tenor enjoys an eclectic mix of music, what he describes as “more bluesy Motown kind of R&B (rhythm and blues) stuff.” His dream of becoming a professional singer is largely because he wants a bigger platform to share inspiring messages. Martinez says there aren’t enough well-known role models of Mexican descent, and he wants to help change that.

He’s already seen too many young people from his neighborhood abandon their dreams. “Find something you’re passionate about and don’t let go of it, despite what anybody else tells you or says you cannot do.”