Everyone knows that getting a degree is critical to professional success in today’s economy, but there is a misperception among … Continued 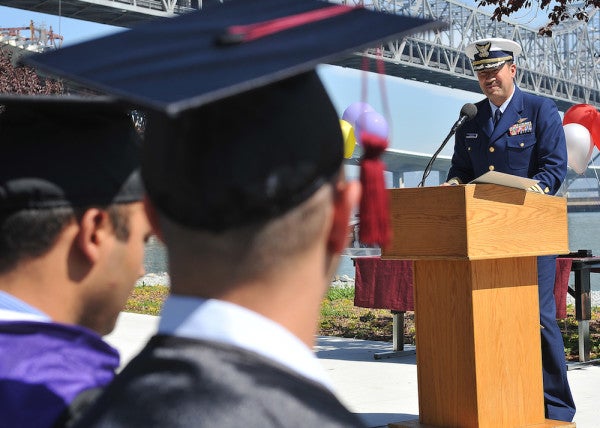 Everyone knows that getting a degree is critical to professional success in today’s economy, but there is a misperception among many veterans that all paths leading to a degree are equally viable. Veterans who rush to get into the easiest or the quickest program may find out the hard way that a high student-debt burden and a still-weak economy are a dangerous combination. In fact, attending college can become a financial catastrophe for student veterans if they allow themselves to rack up thousands in debt while earning a degree that is in little demand, or worse, if they become one of the many online college dropouts who still owe their school money for courses they never completed.

Given the stakes, it is notable that new data from the “2015 Veteran Economic Opportunity Report” released earlier this month by the Department of Veterans Affairs indicated that between 2002 and 2013, more veterans pursued degrees in the liberal arts than any other field. Further, the reported noted, “degrees requiring shorter duration of study are perceived by Veterans to provide a quicker path to economic competitiveness with their non-Veteran peers.” This is problematic because while a liberal arts degree may only take a few years to acquire, more often than not, it leads to limited job options and low-paying salaries.

Related: How a liberal arts degree made me a better officer »

Liberal arts education has been under scrutiny for the value it offers graduates for decades, but the 2008 economic crisis triggered a renewed debate about the financial and professional value of a liberal arts degree. Some have even suggested that no degree at all may be better than an expensive liberal arts degree that is undesired by employers. While the liberal arts frequently get an unfairly bad rap, it’s important for veterans to understand the implications of their degree choice.

A recent review of a 2013 report funded by the Association of American Colleges & Universities included several important statistics that are especially useful in assessing some of the ways that different degree paths can impact long-term earnings potential.

According to that report, on average, liberal arts majors tend to begin their careers with a lower salary than their peers, but they also make up much of the ground by the time they reach their peak earning potential (ages 56-60). Liberal arts majors even outperform pre-professional majors (pre-med, pre-nursing, etc.), earning about $2,000 more per year at their peak. Unfortunately, much of this hike in peak earnings is because of the high proportion of liberal arts majors who pursue graduate degrees. When we compare the salaries of liberal arts graduates with only bachelor’s degrees, they tend to earn less than other graduates their age.

In short, veterans who plan to major in a liberal arts field should not be surprised if their early career salaries are lower than their peers from other majors. A veteran can mitigate some of this gap in lifetime earnings by going to graduate school, but that isn’t a viable option for everyone. Given this state of affairs, here are a few things to keep in mind if you’re a veteran weighing the possibility of majoring in one of the liberal arts:

If you’ve considered all of the above, and you still feel a burning passion to study one of the liberal arts, then go for it. But be smart about it. Get an internship while you can, build a strong network, find interesting technical training wherever it’s available, and keep your mind open about your career options.