Starting this fall, the University of Memphis will waive tuition costs for children of fallen service members using the Folds... 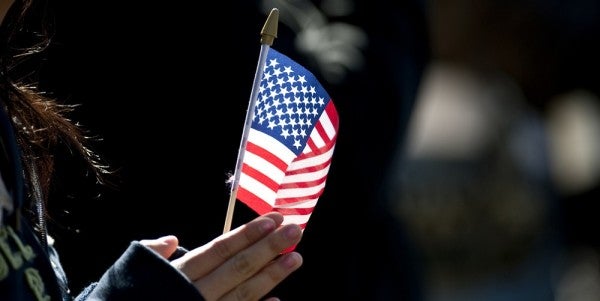 Starting this fall, the University of Memphis will waive tuition costs for children of fallen service members using the Folds of Honor scholarship fund.

One of the largest colleges in Tennessee, UM’s tuition sits around $9,700 annually, but the college will become the first in the country to accept the $5,000 Folds of Honor scholarship in lieu of full tuition payment, according to Commercial Appeal, which broke the news May 27.

“We would not exist as a country without the service and sacrifice of so many who defend our freedom,” David Rudd, the university president and a military veteran himself, said in a statement. “The families are serving as well, and the loss of a parent or spouse presents a huge hardship, emotionally and financially. The University of Memphis is committed to cover any gap that exists and to relieve these families of that burden.”

The Folds of Honor scholarship is available to students who are unmarried, 24-years-old or younger, and whose parent was “killed in the line of duty, or suffered the loss of a limb; died of any cause while on active duty or after being classified as having a service-connected disability; or who has a 10% or higher combined service-connected evaluation, rated by the Veterans Administration,” according to the organization's website.

The spouse of a fallen or wounded service member may also apply for the scholarship — in which case the age requirement is waived, so long as the spouse has not re-married.

Since its creation in 2007, Folds of Honor has raised roughly $100 million in scholarship funds, which go toward its two programs for college students and for children of the fallen in grades K-12. The charity has provided more than 16,000 scholarships in all 50 states, in addition to Guam, Puerto Rico, and the Virgin Islands, Military Times reported May 28.

Related: Take Advantage Of The Military’s Education Opportunities While You Can »

One of the primary financial backers for the group is Budweiser, which ramped up fundraising around Memorial Day with the Freedom Reserve Red Lager, inspired by George Washington’s recipe for a light beer.

Each year applicants must reapply for the scholarship to continue receiving funding. You can find additional information on the scholarship and application process on the Folds of Honor website, here.

Are you a Gold Star family member who has used the Folds of Honor scholarship? If you'd like to share your experience with us, email James@taskandpurpose.com.