Student Veterans of America is using its influence to inform student veterans of universities to watch out for when pursuing... 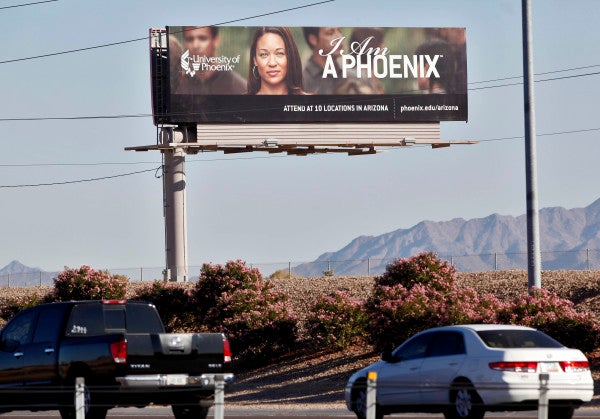 Student Veterans of America is using its influence to inform student veterans of universities to watch out for when pursuing higher education. On Monday, SVA announced a new initiative to raise awareness of schools “that may present challenges for veterans,” in other words, these schools are screwing over the veterans community. The first three institutions named — Everest College, Heald College, and Wyotech — have been added to SVA’s “Not Recommended” list and are part of a chain of for-profit career colleges under a company called Corinthian Colleges, which owns more than 100 campuses nationwide, and receives more than $1 billion federal aid each year. According to SVA, Corinthian Colleges was actively recruiting service members on military bases even when many of its campuses face potential closure. It has since been confirmed that Corinthian Colleges plans to sell 85 of its schools and close 12 others.

SVA President and CEO D. Wayne Robinson said, “I am disappointed to see institutions engage in such irresponsible behavior … If we find additional schools with equally poor practices, they will be included in this list and we will ensure its widest dissemination.”

While SVA’s initiative is certainly a big step in the right direction toward informing veterans of the best ways to utilize the post-9/11 GI Bill, Corinthian Colleges’ behavior is only a small indication of a much larger issue. So we at Task & Purpose would like to expand the list a little bit to include, say, every fucking for-profit college in existence. For-profit colleges have been aggressively going after student veterans for years. A recent investigation by the Center for Investigative Reporting found that the University of Phoenix, one of the largest for-profit college systems in the country, has received more than $1 billion post-9/11 GI Bill funding over the last five years. Its San Diego campus alone pulled in $95 million in GI funds, which is more than any U.S. brick-and-mortar campus, as well as more than the entire University of California system and all UC extension programs combined.

The problem with veterans spending their GI Bill money on for-profit universities is that these institutions, unlike non-profit and public colleges, are owned by and run as businesses. What’s the top priority to becoming a successful business? Making money. This money — which comes almost entirely from taypayer dollars — is then largely reinvested into marketing and recruiting, rather than into improving the quality of the education for enrolled students. The results are “high rates of loan default, aggressive recruiting, higher than average tuition, low retention rates, and little job placement assistance.”

Additionally, many for-profit universities have been barred from receiving state financial aid due to failing to meet state standards, or simply operate without any accreditation. As a result, employees do not recognize many of these degrees leaving veterans unemployed with a useless degree after their GI Bill money is used up.

Yet, veterans continue to unknowingly enroll because these for-profit college systems pour millions of dollars into marketing and lobbying on Capitol Hill to prevent more stringent regulations from being placed on GI Bill funding. According to lobbying records cited in CIR’s report, the University of Phoenix has spent over $4.8 million on lobbying Congress, the White House and the federal VA. Corinthian Colleges spent $4.4 million.

Until politicians in Washington are able to see past the dollar signs flying their way from for-profit university lobbyists, it is up to organizations like Student Veterans of America to inform and warn student veterans about institutions that are taking advantage of their status and their money.