Three Americans Who Pummeled Terrorist On A Paris-Bound Train Do It Again In New ‘15:17 to Paris’ Trailer

Not long after Medal of Honor recipient Audie Murphy returned home from World War II in 1945, he marched into... 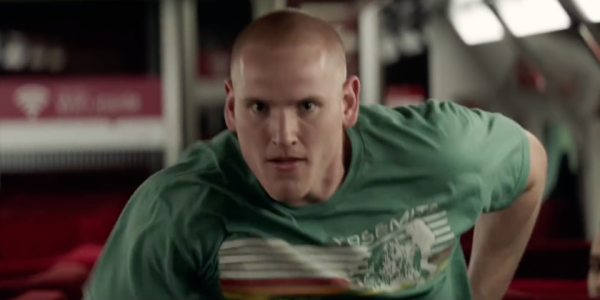 Not long after Medal of Honor recipient Audie Murphy returned home from World War II in 1945, he marched into Hollywood and began his career as an actor. Over the next 20 years, Murphy — already renowned as one of the most (some would say the most) decorated soldiers of WWII — appeared in more than 40 feature films, including the 1955 blockbuster To Hell and Back, a movie based on his autobiography. Naturally, Murphy played himself.

War-film veteran and American patriot Clint Eastwood must have had Murphy in mind when he casted the three California men who famously thwarted a terror attack on a train in Europe in 2015 to play themselves in his upcoming film, The 15:17 to Paris. Like Murphy, all three men — Alex Skarlatos, Spencer Stone, and Anthony Sadler — were awarded the Legion of Honor, the highest French order of merit, for their actions, which undoubtedly saved countless lives. Two of them, Skarlatos and Stone, were serving in the U.S. military at the time.

The 15:17 to Paris, Eastwood’s latest directing feat, marks the acting debut for Skarlatos, Stone, and Sadler. (Skarlatos got a little taste of show business shortly after the train incident, as a competitor in season 21 of Dancing with the Stars.) The film appears to be as much about the their lifelong friendship as what occurred on Aug. 21, 2015, when they helped subdue a heavily armed, Islamist-inspired gunman who open fired with an AK-47 inside a train bound for Paris.

Remarkably, nobody on the train was killed. Stone, then a senior airman in the U.S. Air Force, was slashed with a box cutter in the struggle before Skarlatos beat the shooter unconscious with the butt of his own rifle. Stone received a Purple Heart for his wounds and an Airman’s Medal for his actions. Skarlatos, a soldier in the Oregon Army National Guard and an Afghanistan veteran, was given the Soldier’s Medal — the highest award for peacetime valor — from President Barack Obama. Sadler, a civilian, received the Secretary of Defense Medal of Valor.

We get a glimpse of the action in the trailer — which dropped on Dec. 13 — but what we get more of is all the stuff that preceded it. Skarlatos, Stone, and Sadler were just three childhood friends vacationing in Europe when they found themselves face-to-face with a terrorist. As in American Sniper, Eastwood’s 2014 film, The 15:17 to Paris appears to show us how America forges men who jump into action. “In the face of fear,” the film’s tagline reads, “ordinary people can do the extraordinary.”

Warner Bros. will release the film in theaters on Feb. 9.